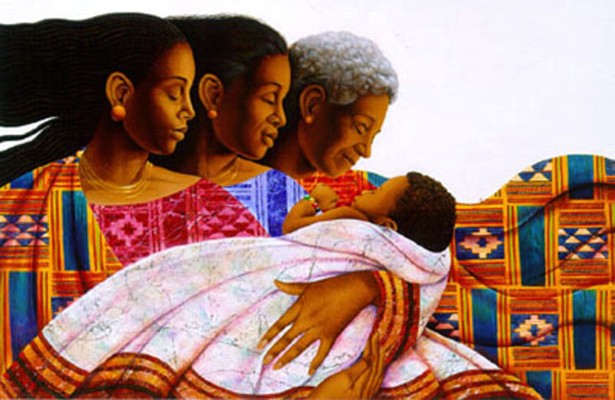 Poems Poetry on the Page

When You Have Emptied Our Calabashes by Iyamide Hazeley

When you have emptied our calabashes
into your porcelain bowls overflowing
the surplus spilling and seeping
into foreign soil
when you have cleaved the heads of our young
and engraved upon the soft papyrus there
an erasure of our past
having built edifices to your lies
filled them with so many bad books and distorts
and sealed the cracks in the structure
with some synthetic daub.

When you stock and pile arms
and talk about the nuclear theatre
want to make the world your stage
limiting the chance of world survival
it confirms your calculations, your designs
your ambitions which we’ll thwart
which we’ll resist
which we’ll fight in all manner of ways.

We will rebuild
we will choose our most knowing
most eloquent old women
to spit in the mouths
of the newborn babies
so that they will remember
and be eloquent also
and learn well
the lessons of the past
to tell their grandchildren
so that if you come again
in another time
with your trinkets and arms
with porcelain bowls
and scriptures
they will say
we know you.

I have searched the internet for biographical information on Iyamide Hazeley, the author of the poem. The only information I have about her is taken from the book, Daughters of Africa edited by Margaret Busby, which is also the source of the poem. Iyamide was born of Sierra Leonean parentage in London in 1957. She spent her formative years in West Africa. Iyamide has a BA Honours degree in Social Science (1979) and a MA from London University’s Institute of Education (1986). She has been a teacher, designer and painter and has given lectures and workshops on creative writing to adults and children, in addition to writing poetry, fiction and articles. Iyamide was co-founder of Zora Press, a Black women’s publishing co-operative, whose first publication was her own collection of poems, Ripples and Jagged Edges (1987).

Listen to a recording of Iyamide Hazeley’s poem by Cathleen Bailey, below

Source for the recording: https://soundcloud.com/cathleen-bailey/when-you-have-emptied-our

Somebody Blew Up America: The Poem