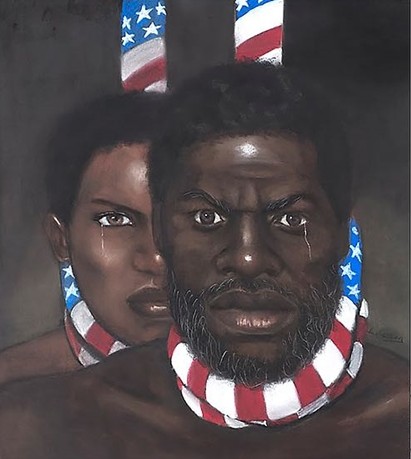 I am sure the men, who restructured our societies from cultures that honored women, had no idea of the outcome. They had no idea that eventually, even men would render themselves empty and longing for meaning, depth, and connection.

There is a deep sadness when I witness a man that can’t recognize the emptiness he feels when he objectifies himself as a bank and truly believes he can buy love with things and status. It is painful to witness the betrayal when a woman takes him up on that offer.

He doesn’t recognize that the [creation] of a half-woman has contributed to his repressed anger and frustration of feeling he is not enough. He then may love no woman or keep many half women as his prize.

He doesn’t recognize that it’s his submersion in the imbalanced warrior culture, where violence is the means of getting respect and power, as the reason he can break the face of the woman who bore him four children.

May we all find our way.”

Your mate is your mirror

I just found your site and look forward to spending more time here.