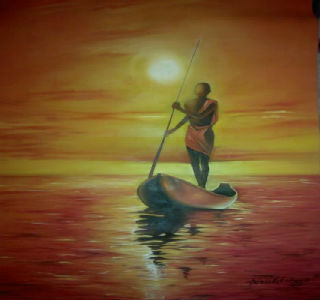 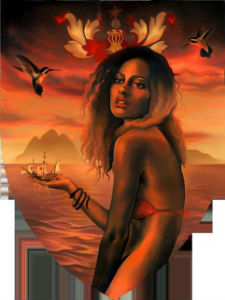 At the beginning of this cycle of time, long ago, the Great Spirit came down and He made an appearance and He gathered the peoples of this earth together and He said to the human beings,

“I’m going to send you to four directions and over time I’m going to change you to four colors, but I’m going to give you some teachings and you will call these the Original Teachings and when you come back together with each other you will share these so that you can live and have peace on earth, and a great civilization will come about.” And he said “During the cycle of time I’m going to give each of you two stone tablets. When I give you those stone tablets, don’t cast those upon the ground. If any of the brothers and sisters of the four directions and the four colors cast their tablets on the ground, not only, will human beings have a hard time, but almost the earth itself will die.”

And so a long time passed, and the Great Spirit gave each of the four races stone tablets.

Ours are kept at the Hopi Reservation in Arizona at Four Corners Area on Third Mesa. 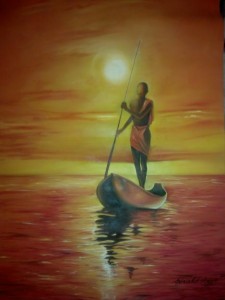 I was at an Indian spiritual gathering about 15 years ago.

A medicine man from South Dakota put a beaded medicine wheel in the middle of the gathering. It had the four colors from the four directions; He asked the people, “Where is this from?”

He said, “This is from Kenya.” It was beaded just like ours, with the same colors.”