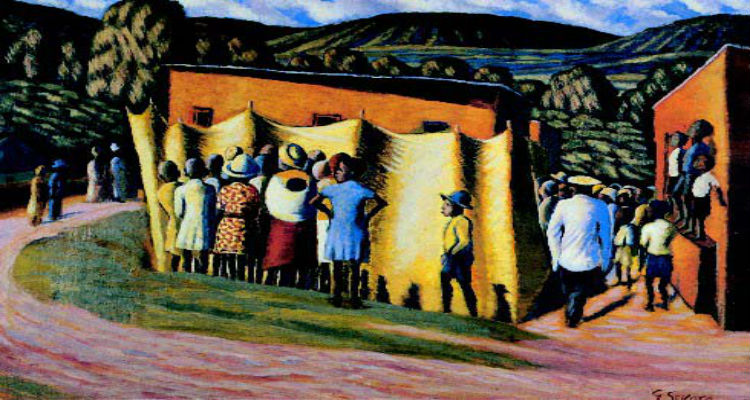 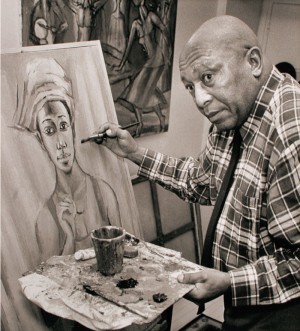 Gerard Sekoto is widely recognized as the pioneer of South African Art. He was born on December 9th at Botshabelo mission, near Middleberg, Mpumulanga. In 1938 at the age of 25, he left for Johannesburg to become an artist. He lived with relatives in Sophiatown, a township outside Johannesburg. Life in Sophiatown provided him with his subject matter – he painted urban images of active scenes in the community in bold colors in an expressionist style. He held his first solo exhibition in 1939. In 1940 the Johannesburg Art Gallery purchased one of his pictures and this was to be the first picture painted by a black artist to enter a museum collection. In 1942 he moved to District Six in Cape Town and in 1945 to Pretoria.

It was an ambition of his to visit Paris the center of the art world and in 1947 he left South Africa to live for the rest of his life in Paris. The first years in Paris were hard and Sekoto was better known as a jazz musician. 1966 he visited Senegal for a year. Sekoto’s paintings became political in the 1970s. In 1989 the Johannesburg Art Gallery honored him with a retrospective exhibition and the University of Witwatersrand with an honorary doctorate. Sekoto is recognized as the pioneer of urban black art and social realism. He broke the convention of ‘native’ studies that had preceded his work. Sekoto used strong bright colors and unusual perspectives to convey the lively vitality and spontaneity of urban street life despite the hardship of life in Sophia town and District Six. His work is highly sought after by collectors. He is represented in the Durban Art Gallery, Johannesburg Art Gallery, Pretoria Art Museum, South African National Gallery, Fort Hare, and the William Humphreys Art Gallery. 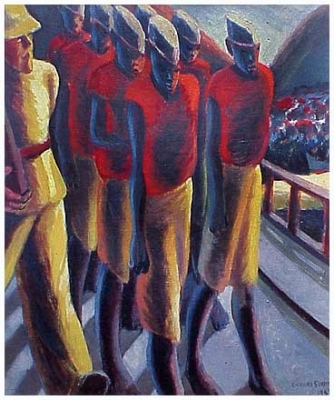 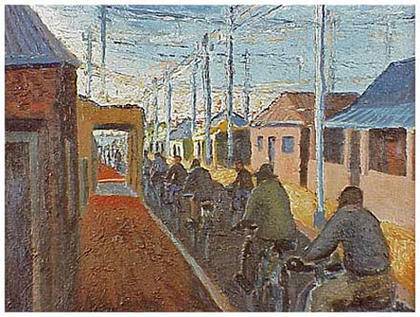 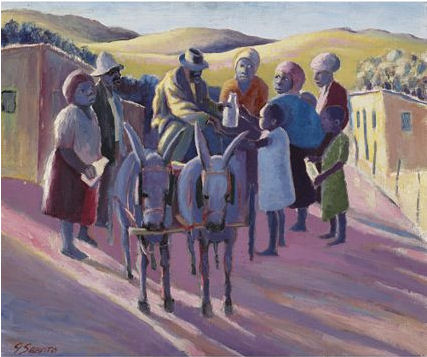 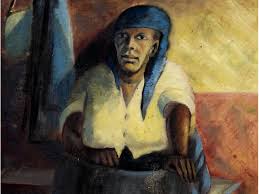 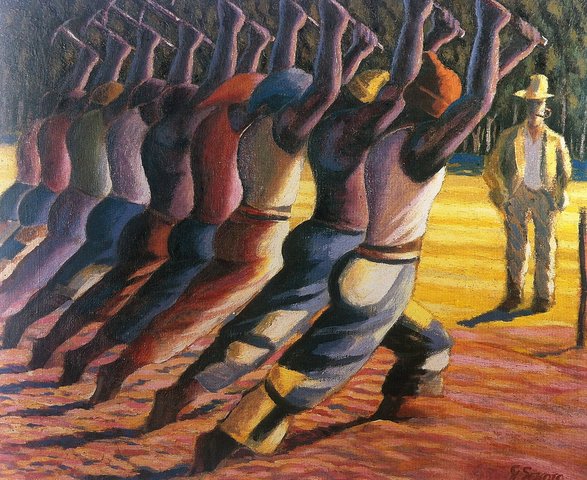 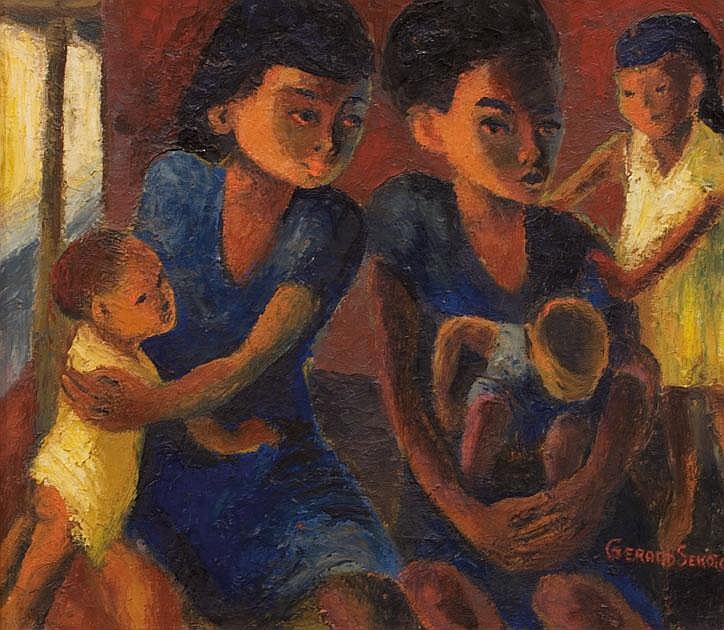 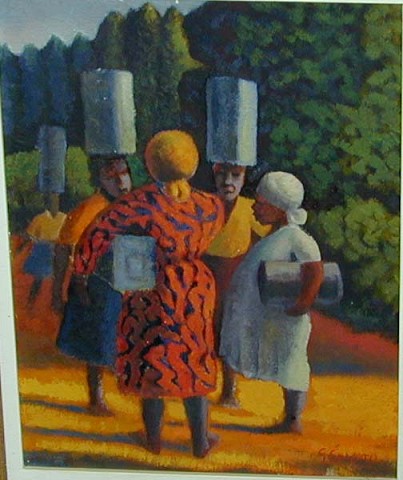 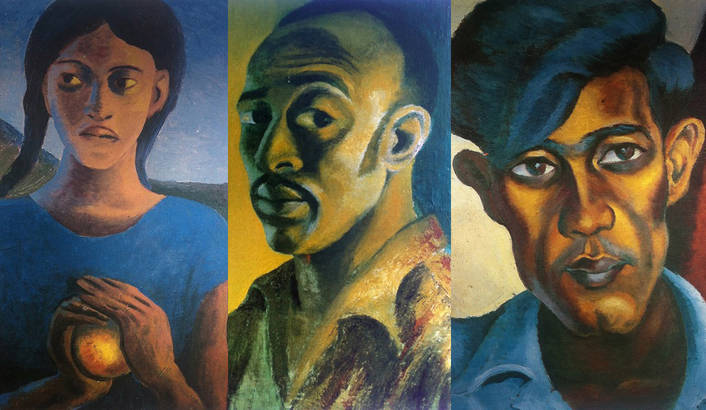