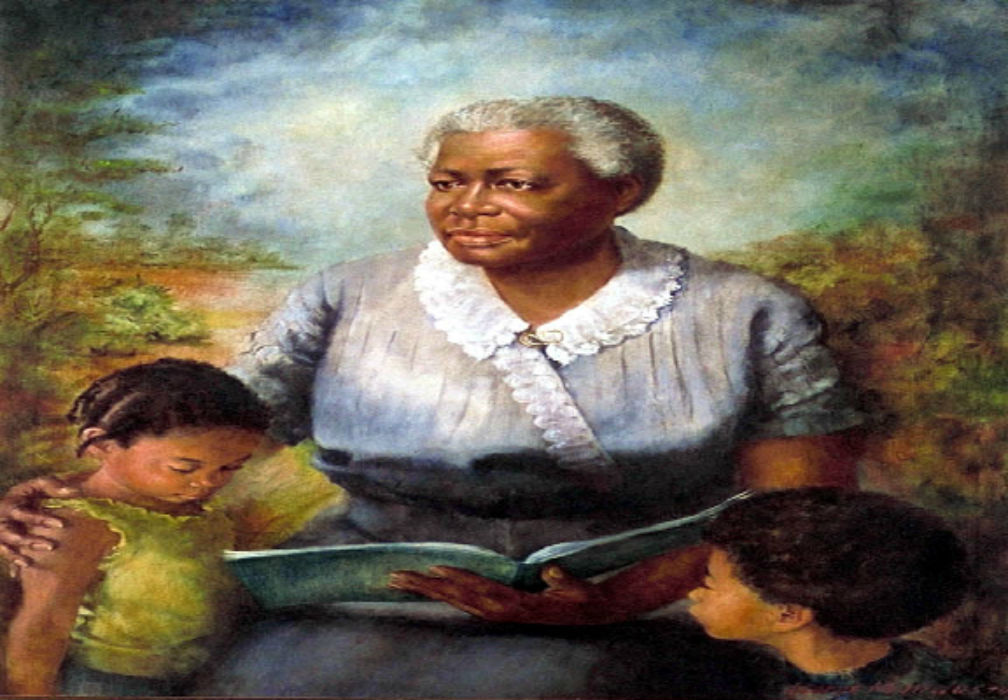 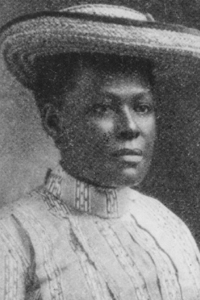 Lucy Craft Laney was an early African-American educator who in 1883 founded the first school for black children in Augusta, Georgia, which became known as Haines Normal and Industrial Institute. She was the principal of the Haines Institute for Industrial and Normal Education for 50 years. The school was one of the first to offer kindergarten classes for African-American children in the South. She also opened a training center so that black women could train as nurses. Jimmy Carter as governor selected her portrait to hang in the Georgia State Capitol.

Lucy Craft Laney was born free on April 13, 1854, in Macon, Georgia, one of ten children, to Louisa and David Laney during the Maafa (slavery). Her parents, however, were not enslaved. Her father purchased his freedom about twenty years before her birth; he purchased his wife’s freedom sometime after their marriage.

Laney was taught to read and write by her mother and by the time she was twelve, she was able to translate difficult passages in Latin including Julius Caesar’s Commentaries on the Gallic War.  She attended Lewis (later Ballard) High School in Macon, which was sponsored by the American Missionary Association. At the age of 15, in 1869 Laney joined the first class at Atlanta University (later Clark Atlanta University), graduating from the Normal Department (teacher’s training) in 1873.  She taught first, for ten years, in the public schools of Savannah, Macon, and Milledgeville, before opening her own school in 1883, in the basement of Christ Presbyterian Church in Augusta, Georgia. Laney believed that she could provide a higher standard of education than Georgia’s public schools for African-Americans, and chose the city of Augusta which provided no schools for black children. 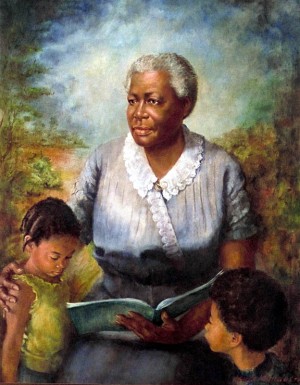 Lucy Craft Laney’s school started out small with only a handful of students. By the end of the second year, there were more than 200 African-American students enrolled. The school was chartered by the state three years later and named the Haines Normal and Industrial Institute. Originally Laney intended to admit only girls, but several boys appeared and she could not turn them away.

Over the years, Laney made many improvements and additions to the school’s offerings. In the 1890s, the school was one of the first to offer kindergarten classes for African-American children in the South. By 1912 the Haines Institute employed thirty-four teachers and enrolled nine hundred students. Laney’s school offered literature, classics, mathematics, and a required course in African American history. An early and passionate believer in the centrality of racial and family pride in the education of a confident, competent, humane individual, her curriculum emphasized the contributions of blacks in a variety of fields. Haines not only offered its students a holistic approach to education but also served as a cultural center for the African American community. She brought local African American artists and craftspeople to the school to demonstrate and discuss their work. The school hosted orchestra concerts, lectures by nationally famous guests, and various social events.  She also opened a training center so that black women could train as nurses. The school hosted orchestra concerts, lectures by nationally famous guests, and various social events.In Augusta Laney helped to found the local National Association for the Advancement of Colored People (NAACP) chapter in 1918, and she was active in the Interracial Commission, the National Association of Colored Women, and the Niagara Movement. She also helped to integrate the community work of the YMCA and YWCA. 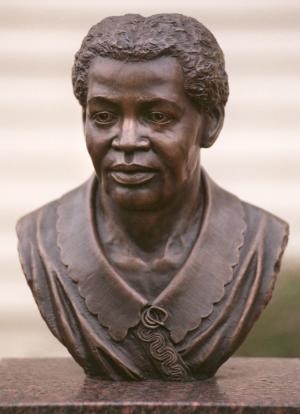 Lucy Craft Laney, the Reverend Henry McNeal Turner, and the Reverend Martin Luther King Jr. were the first African Americans to have their portraits hung in the Georgia state capitol; they were selected by Governor Jimmy Carter in 1974. Laney’s portrait bears tribute to “the mother of the children of the people,” a woman who knew that “God didn’t use any different dirt to make me than the first lady of the land.”W.E.B. DuBois called her “the dark vestal virgin who kept the fires of Negro education fiercely flaming in the rich but mean-spirited city of Augusta, Georgia”. For sixty years Laney had maintained a fierce, compelling vision of the precious worth of each individual; she had lived with a moral urgency to elicit from each child the personal excellence she believed innate in all people.

Lucy Craft Laney died on October 23, 1933, in Augusta, Georgia. She was inducted into Georgia Women of Achievement in 1992.