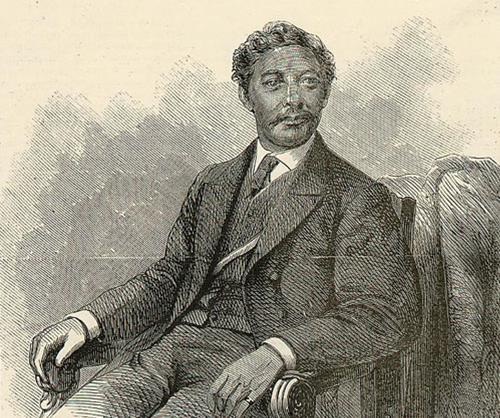 John Willis Menard, an African American journalist, civil rights leader, editor, and poet became the first African American elected to Congress, but was not seated after a dispute over the election results.
Menard was born to Creole parents on April 3, 1838 at Kaskaskia, Illinois. Educated at an abolitionist school and at Iberia College in Ohio, Menard early achieved distinction. In 1860 he published An Address to the Free Colored People of Illinois and in 1862 became the first black to obtain a clerkship in the Interior Department in Washington, D.C. Sent to research Belize as a possible colony for the “Negro problem,” he on the expedition met Elizabeth, his Jamaican wife. 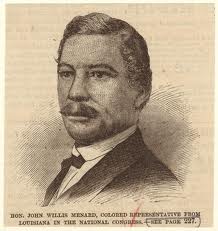 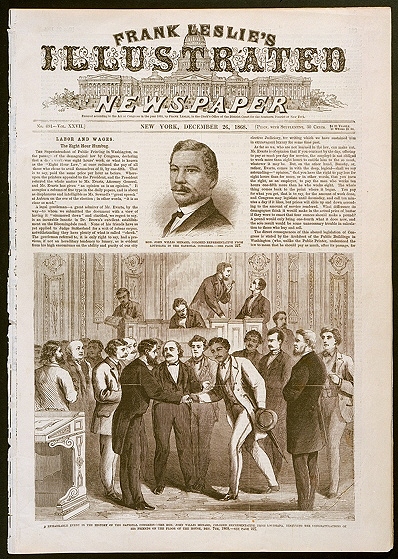 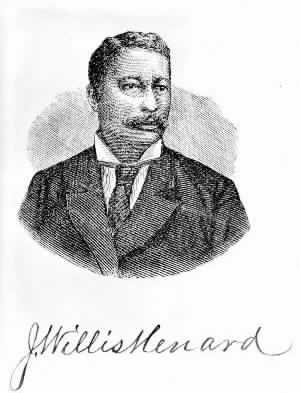 At the beginning of Reconstruction, Menard moved to New Orleans, Louisiana, where he served as inspector of customs in the city and later as a commissioner of streets. He also published The Radical Standard, a civil rights advocacy newspaper. In 1868, during a special election in Louisiana to fill an unexpired term of a deceased congressman, Menard became the first African American elected to Congress. When his opponent contested the outcome, Menard appealed his case on the floor of the House of Representatives, the first African American to address the chamber while in session. The Committee of Elections ruled in favor of the opponent, although Menard was financially compensated, receiving the same salary that he would have earned as a legislator.

Resettling in Jacksonville, Florida, Menard resumed his activism. A prominent Republican, he was awarded a post office position, edited the Florida Sun, and was in the fall of 1873 elected to the state legislator. He was, however, rebuffed in two bids for Congress and adopted a critical role of his party. Democrat George F. Drew in 1877 awarded him by reappointing him as a justice of the peace, which Marcellus L. Stearns had first named him in 1874.

Menard, securing the post of an inspector of customs, removed to Key West where he became the most influential black editor of the 1880s with the Florida News aka Island City News as his forum. After 1884, he returned to Jacksonville where he battled for the rights and interests of blacks with the newspaper Southern Leader, which he continued to 1888.

Menard’s principal legacy is Lays In Summer Lands, which he compiled and published in 1879 Lays In Summer Lands contains a catholic range of subjects, from political themes, to poems relating to geography, faith, and love. Noteworthy are “To President Lincoln,” “The Negro’s Lament,” “The Solid South,” “Florida,” “On the Banks of the St. Johns,” “Sabbath Eve Musings,” “Easter Hymn,” “Parted,” “Speak to Me Kindly,” “Adieu.”