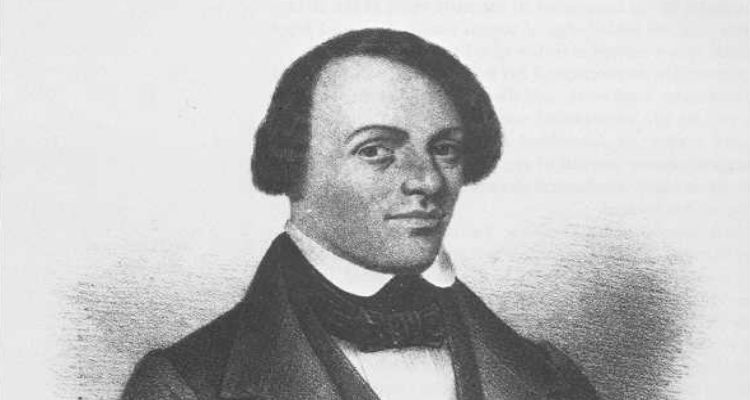 “I am 23 years old last 4th of July. I was born in Norfolk, Va. My father was Mitchell Latimer—a white man—who was a stone mason in the Navy Yard at Norfolk. My mother was a slave, named Margaret Olmsted, who was owned by my father’s brother, Edward A. Latimer, of same trade as his brother, and to him my father was apprentice. Mr. Edward Mallery married the widow of Edward A. Latimer,17 but I was quite small at the time [italics mine], and was boarded out. I was treated with tenderness when under Edward Mallery’s care. I was a domestic [house] servant until 16 years of age, and afterwards, with his consent, went out and worked for them—drove a dray, etc., was a laboring man, and paid a quarter of a dollar a day to my master, and found myself in food—was clothed by my master. Continued working in this way for about one year, then I was hired out to a colored man, named Mich Johnson,18 by the year, and he treated me as he liked, and was a very hard master. He used to hit me frequently across the head with a stick of wood.19 I continued with him for 14 months. Had good bedding, etc. but only two meals a day, that is, a breakfast at 12, and dinner at night, sometimes at nine o’clock. One beside myself had the same fare. He used to keep me rubbing horses until nine o’clock.20

“During these fourteen months, I was arrested by the Sheriff, for a debt of my master, Mallery, was put in jail, and staid there two weeks—had herring and bread for breakfast, and sage tea, and beef alternately, with molasses for dinner every other day. I was flogged once severely, by the jailor, for making noise in my cell. The noise was only the word Ehue!, an Indian cry, and I only said it three times. Mallery finally bought me out of jail, and returned me back to Mich Johnson, but in a fortnight I was again taken to jail for my master’s debts. Staid there four weeks short of two days. Got on very well, except for food. At end of that time, the debt was paid, and I was released as if I was owned by John Dunson,21 though he did not have a bill of sale.22 I worked for him for two years and nine months. He was a watchman at Virginia Bank, and a coal measurer. After that I was hired out to Peter Slichen,23 for nine months as a storekeeper. Tended in his store, where he kept groceries and liquor—Peter Slichen was a very fine man—and treated me well—but his mother, Mrs. Brown, was very disagreeable. She struck me once over the head with a shovel, because she claimed that I was slow in getting some water. She frequently would make her husband beat me with a stick.24 Otherwise, I fared very well. Next year, I was hired out to a colored man, named Edward White. I drove a dray for him. Got along very well with him for twelve months—I got none but one whipping, with a barrel hoop, for letting the horse trip.

“The next year, following, I was hired out to the firm of Howeyear and Brown,25 to tend store groceries, meal, etc. One of them was of a religious character, and I was treated very well. Served there twelve months and that was the last of belonging to Dunson, and my first master, Edward Mallery, got me again. He put me into William Mallery’s hand, his brother, as if William M. owned me. James B. Gray about the same time bargained with Edward and William. William Mallery gave bill of sale to Gray, in his name.26 This was in December 1839.27 J. B. Gray was a store keeper. I manned his store as a clerk, and did everything but reading and writing. He treated me very badly—as I was knocked and kicked about by him—beaten with a stick and cowhides. About two months before I left he thumped me with his fists about my head several times, for not going to the store early enough. About a month ago as I was returning from my wife, early in morning, half an hour before sunrise—I met him in the market—where he struck me with a stick across my jaw, which bruised the skin, so I had to cover my jaw. He did this because he said it was late. He followed me to store, and ordered me upstairs—beat me with stick across arm and back, fifteen or twenty times. He ordered me to store in Roanoke Square, after beating me with stick, in order to beat me with a cowhide. I would not go. I did not go to Roanoke Square until evening, and he sent for me round to help hoist up meal. Did not say anything about the scrape in morning. He was a very passionate man, and would strike a white man as soon as a colored. He has made all his money by selling liquor to colored people. He has bought stolen goods from colored people. I know this. Mr. Gray knows I know it. I first ran away about two years ago—overtaken before arriving in Baltimore. Gray put me up for auction, but he then bought me in for $750. Treated me same as ever, or with rather more severity as he had a dislike for me. On 4th last month [October] I started to run away again with my wife. I had been saving for some time. I arrived in Boston 7th last month [October]—and on the same day I met William Carpenter, who had lived with Gray as tender in his store. I think he sent word to Gray. He [Carpenter] kept a rum shop in Norfolk. I was married nine months ago [i.e., January]. I have thought frequently of running away even when I was a little boy. I have frequently rolled up my sleeve, and asked—’Can this flesh belong to any man as horses do?’ Very few others would stay if they could get away. Some few, however, say they did not wish to leave their masters. I expected if I was carried back, I would beaten and whipped 39 lashes, and perhaps to be washed in pickle afterwards.”