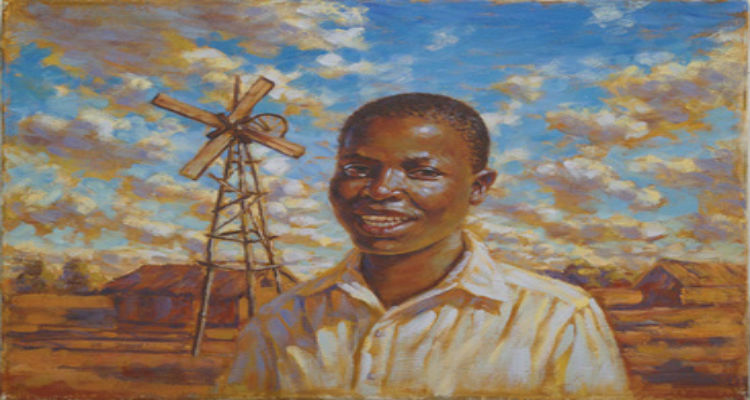 William Kamkwamba, born August 5, 1987, is a Malawian inventor and author.

William Kamkwamba gained fame in his country when, in 2002, at the age of 14, he built an electricity-producing windmill from spare parts and scrap, working from rough plans he found in a library book called Using Energy and modifying them to fit his needs. The windmill he built powers four lights and two radios in his family home. Since then, he has built a solar-powered water pump that supplies the first drinking water in his village and two other windmills (the tallest standing at 39 feet) and is planning two more, including one in Lilongwe, the political capital of Malawi. 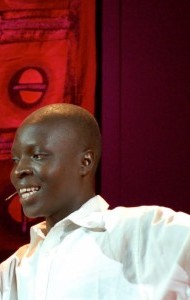 Kamkwamba was born in a family of relative poverty and relied primarily on farming to survive. A crippling famine forced him to drop out of school. Unable to return to school because his family was unable to afford the tuition fee, he began to frequently visit the library to retain his education. At the library he discovered his passion for electronics and decided to make a windmill that could power some electrical appliances in his family’s house.

Local farmers and journalists investigated the spinning device and Kamkwamba’s fame in international news skyrocketed. When The Daily Times in Blantyre, the commercial capital, wrote a story on Kamkwamba’s windmills in November 2006, the story circulated through the blogosphere, and TED conference director Emeka Okafor invited Kamkwamba to talk at TEDGlobal 2007 in Arusha, Tanzania as a guest. His speech moved the audience, and several venture capitalists at the conference pledged to help finance his secondary education.

Kamkwamba received a scholarship to the African Leadership Academy and now attends Dartmouth College in Hanover, New Hampshire, where he was tapped and inducted as a member of the Sphinx Senior Society – the oldest all-male secret society in the United States.

Kamkwamba’s story is documented in his autobiography, The Boy Who Harnessed the Wind: Creating Currents of Electricity and Hope. A documentary about Kamkwamba, called William and the Windmill, won the Documentary Feature Grand Jury award at SXSW in 2013.

In 2013 Time Magazine named William one of the “30 People Under 30 Changing The World.