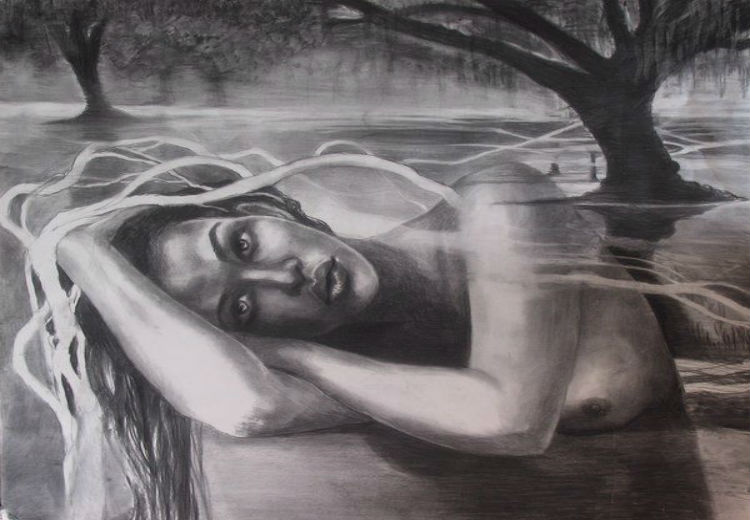 I know brokers of diamond dreams,
who copulate in mines when mates are in fetters.

I know desire that flowered trauma,
tales of protection that weaves destruction,
stories of UN-desirable aid-givers
and World Bank of unmeasured miseries.

I am the memory of waters where anger
shushes voices, into a stem of bitterness, into
a tree: two stems; with three branches,
the knower, the-knowing and the know-not.

I am Diaspora, the fresh ire, of
erring sires who flipped destiny.

I am the memory of ancestors
who embraced figments of hope, but
found discord rooted in posterity.

I am the memory
of Sierra Leone
serial loan of enchanted bitterness
of Liberia
lying burials of ailing serenity
of Sudan
sudating hunger and impaired righteousness.

I am the memory of places
where death is an appraisal of hope,

I know the home of familial disconnect
where ties of belonging are soups of blood,
and happiness farms anticipation; harvests sorrow.

I know of fathers who are
heedless fighters of kindred enmity.

I know everything that means nothing.

I am the memory of ships;
Mercy, Jesus, Ann, Desire…
where humans evolved into
rotting meat sighing for death.

I am the next-of-kin of plantation workers,
next-of-skin to worldly neglect,
I am a story, I am the memory.

I tell tales of a question-marked century,
of history’s untreated patients, whose
memoirs of festering sores ache to heal.

I know the story of a century’s scar,
and history of a noiseless brawl, where,
the absence of memory,
wormed a race into discord.

I have the remnant of a memory
where ships rode ignorance to shores of abuse.

I know when conscience in a dance of shame
asked, ‘who should be blamed for its woeful name?’
Who does it blame for his mother’s nakedness?
the child who sells off her clothes,
or the strangers who peddle her pride in glee?

I am memory,
the recall of aching joints,
of passions, of pain, of un-priced productions.

I am memory,
of wounds that don’t heal, of scars yielding foes,
of desert sun and lash from arrogant Arabs
whose anger against self, repels mercy.

I am the welt of the world,
the caustic memories of black labour,
whose inheritance is of slummed fathers.

I am the memory of a time.

Thanks for subscribing! Please check your email for further instructions.
next post