Nehanda Charwe Nyakasikana was a female spiritualist leader from Mashonaland and a key leader in the First Chimurenga uprisings against colonial settlers 1896-1897. She was considered to be the female incarnation of the oracle spirit Nyamhika Nehanda. Referred to as Mbuya Nehanda, she is commonly referred to as the grandmother of present day Zimbabwe.

In the Shona society, it is believed that the spirits of the great great ancestors of many generations past are still among the supernatural protectors. However among them were especially powerful and respected spirits, Midzimu Mikurukuru. Such great spirits were called mhondoro or lions. Spirits that overlooked the well-being of entire regions of different tribes are believed to reside in lions. These spirits were among the most powerful as they were responsible for giving advice to several tribes, ensuring peace among these tribes as well as presiding over rainmaking and other important ceremonies and rituals.

Nehanda  exhorted the Shona people to expel the British from the land, encouraging them to intensify the struggle and rallying them on. Using secret messages to communicate with each other, the mhondoro effectively coordinated their efforts. 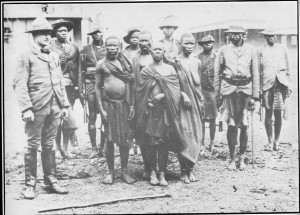 Facing the superior technology of the British, the rebellion surprisingly lasted until the end of 1897 despite British acts of horror and brutality. Although the British casualties were numerically less, they represented one-tenth of their population.

After a long fight Nehanda was eventually captured in December 1897. She was charged with murder—for the death of the Native Commissioner Pollard—and summarily sentenced to death by hanging. Nehanda’s dying words, “My bones will rise again,” predicted the Second Chimurenga, which culminated in the independence of present-day Zimbabwe. 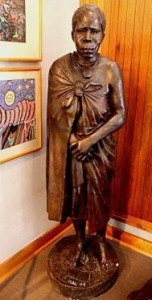 The key elements of the mhondoro cults—ancestor veneration and spirit possession—persist among the people of present-day Zimbabwe. During the Second Chimurenga, Ian Smith, then Prime Minister of Rhodesia (now Zimbabwe), in an airborne leaflet drop, invoked the names of royal mhondoro in a desperate effort to dilute popular support for ZANLA (Zimbabwe African National Liberation Army). In 1972, the spirit of Nyamhika Nehanda found a new medium in an elderly woman, who was whisked to safety by ZANLA guerillas. She was consulted on military decisions and her prophecies provided valuable assistance to the revolutionary struggle. She died in 1973.

The indomitable Mbuya Nehanda, revolutionary prophet and leader of the First Chimurenga in 1896, has now been rightfully buried in Zimbabwe’s Heroes’ Acre.

The greatness of a man is not in how much wealth he acquires, but in his integrity and his ability to affect those around him positively.”