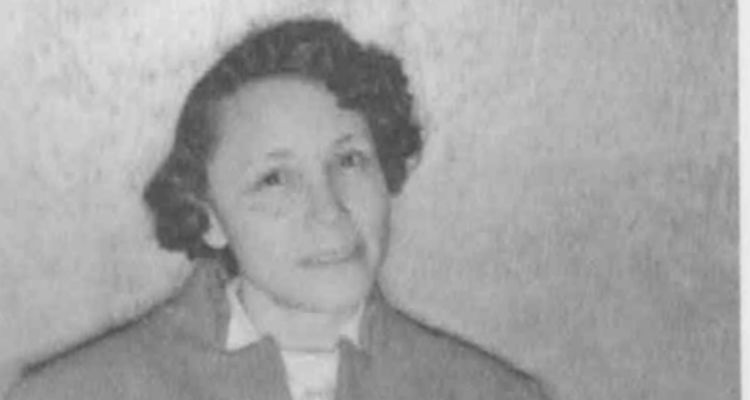 Jo Ann Robinson was a civil rights activist who organized a city bus boycott by African Americans in Montgomery, Alabama, in 1955 that changed the course of civil rights in America.

Jo Ann Robinson was born on 17 April 1912, in Culloden, Georgia, the youngest of 12 children. After the death of her father, 6-year-old Jo Ann and her family relocated to Macon, Georgia. Robinson graduated as valedictorian of her high school class and went on to earn her BA degree from Fort Valley State College, becoming the ﬁrst person in her family to graduate from college. Following her graduation, Robinson became a public school teacher in Macon, Georgia, a position that she would hold for the next five years, before moving to Atlanta, Georgia. Robinson earned her MA in English from Atlanta University and after studying English at New York’s Columbia University, she taught briefly at Mary Allen College, in Crockett, Texas. Robinson moved to Montgomery in 1949 to teach English at Alabama State College.

In Montgomery Robinson became a member of the Dexter Avenue Baptist Church, where Martin Luther King Jr. later served as pastor. She also became active in the Women’s Political Council (WPC), a group designed to motivate African-American women to take political action. In 1949 Robinson suffered a humiliating experience on a nearly empty public bus, when she was screamed at for sitting in the empty Euro-American section of a city bus; the driver pulled over to yell at her and Robinson fled the bus, fearing that he would hit her. Disgusted by the incident, she began to mobilize against the segregated city bus system.

When Robinson became president of the WPC in 1950, she made the city’s segregated bus seating one of the top priorities of the organization. Working with attorney Fred Gray as her adviser, the WPC made repeated complaints about seating practices and driver conduct to the Montgomery City Commission. After the Supreme Court decision in Brown v. Board of Education, Robinson informed the city’s mayor that a bus boycott might ensue if bus service did not improve, but negotiations had yielded little success by late 1955. After Rosa Parks’ arrest in December 1955, Robinson seized the opportunity to put the long-considered protest into motion. Late that night, she, John Cannon – chairman of the Business Department at Alabama State, and two students, mimeographed and distributed approximately 52,500 leaﬂets calling for a boycott of the buses.

When the boycott proved successful, the Montgomery Improvement Association, led by Martin Luther King Jr., came to manage its continuation. Susbequently, Robinson was appointed to the MIA’s executive board and produced the organization’s weekly newsletter at King’s personal request.

Jo Ann Robinson and other WPC members helped sustain the year long boycott by providing transportation for numerous black residents. For her role as a leader of the boycott, Robinson was the target of several acts of intimidation. In February 1956 a local police ofﬁcer threw a stone through her window. Two weeks later, a police ofﬁcer poured acid on her car. Eventually, the governor ordered state police to guard the homes of boycott leaders. The boycott continued until June 5, 1956, when a federal district court declared segregating seating unconstitutional.

Not long after the boycott ended, Robinson resigned from her position at Alabama State College and moved on to Grambling College in Louisiana, and later to public schools in Los Angeles, California.
In 1987, Robinson published her memoir entitled The Montgomery Bus Boycott and the Woman Who Started It. She was proud of her role in the boycott and it’s success. In her memoir, she wrote: “An oppressed but brave people, whose pride and dignity rose to the occasion, conquered fear, and faced whatever perils had to be confronted. The boycott was the most beautiful memory that all of us who participated will carry to our ﬁnal resting place.”

According to Martin Luther King, writing in his memoir, Stride Toward Freedom, Jo Ann Robinson was: “Apparently indefatigable, she, perhaps more than any other person, was active on every level of the protest.”