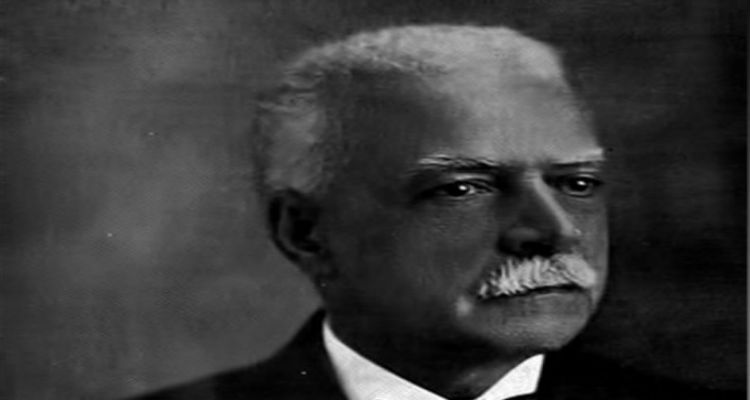 Grimké was born into the Maafa (slavery) near Charleston, South Carolina on August 17, 1849. His parents were Henry Grimké, a whyte enslaver, and Nancy Weston, who was enslaved by his father. After his father’s death, he and his brother Francis spent eight years living as freemen before his half-brother, Montague, took them as servants into his home in 1860. After suffering beatings at Montague’s hand Archibald fled and hid with relatives until Charleston fell to Union forces in 1865.

He was educated at Lincoln University in Pennsylvania, where he received his B. A. in 1870 and his M. A. degree in 1872. Grimké became one of the first African American students at Harvard Law School receiving his law degree in 1874. A year later he passed the bar exam and began practicing law in Boston and became an ardent supporter of suffrage for women and African Americans.

From 1894 to 1898 he was consul to Santo Domingo (The Dominican Republic). In 1903 Grimké became president of the American Negro Academy, the nation’s preeminent black intellectual society, a role he held until 1919. Grimke was a brilliant writer and a persuasive orator with an independent streak that placed him in conflict with more established African American leaders such as Booker T. Washington and W.E.B. DuBois. He disagreed with Washington’s accommodationist approach to the race problem, but sought change from within, frequently writing anti-Washington columns in the New York Age, the leading pro-Washington newspaper. When W.E.B. Du Bois started the Niagara Movement, to argue for direct action rather than conciliation, Archibald eventually joined, but his relationship to DuBois was strained because he didn’t feel the organization fought hard enough for black’s rights. In 1909 Archibald Grimke became a founding member of the National Association for the Advancement of Colored People (NAACP). Four years later he was elected president of the Washington, D.C. chapter and a member of the organization’s national board of directors.

In 1913 Grimké wrote President Woodrow Wilson, protesting segregation of government employees, and in 1916, as national director of the National Association for the Advancement of Colored People (NAACP), he testified against segregation before the House Committee on Reform in the Civil Service. In 1919 the NAACP awarded him the Spingarn Medal.

Grimké was president of the Frederick Douglass Memorial and Historical Association and a member of both the Authors’ Club of London and the United States and of the American Social Science Association. He died on Feb. 25, 1930.