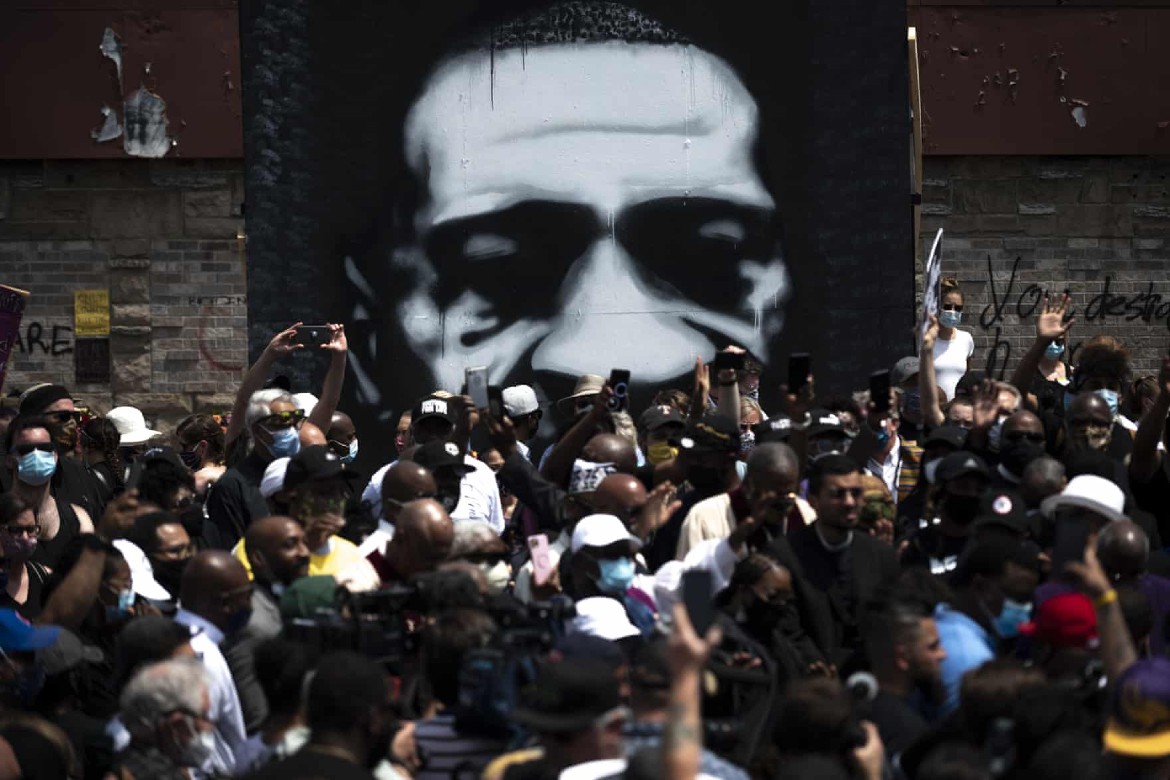 “All you need to understand is that the officer carries with him the power of the American state and the weight of an American legacy, and they necessitate that of the bodies destroyed every year, some wild and disproportionate number of them will be black. Here is what I would like for you to know: in America, it is traditional to destroy the black body–it is heritage.” ~Ta-Nehsi Coates

In 1964, Malcolm X was fiercely critical of the march on Washington. He wanted it to be strong, militant and powerful. The words, that struck me the most from his passionate denunciation were, “This was a national bitterness; militant, unorganized, and leaderless. Predominantly, it was young [Blacks], defiant of whatever might be the consequences, sick and tired of the black man’s neck under the whyte man’s heel.“

The ending of that sentence came back to me when I watched the murder of George Floyd. It was a measure of how “far” we had come. 50 odd years after Malcolm’s speech, a black man was murdered in cold blood, in broad daylight by a whyte man’s knee on his neck. It was a change. A cruel one. From a heel to a knee.

I realized then how meaningless the word “change” was. Changes had occurred in those 50 odd years. Laws had been changed. Equality and diversity policies were written. And no one is disputing that these changes have not made a difference to individual lives. But racism as a reality means that as Black people in western society, we live in an open prison. And as prisoners, some of us have been given library jobs, or put in the laundry room or able to mop the floor for a few change in our pockets. But for the majority of prisoners/Black people a change is still gonna come. Change is transient.

Here are a few quotes on Riot:

“America. Where property damage is a greater offense than genocide.” ~Darnell Lamont Walker

“If you call it a riot, it sounds like it was just a bunch of crazy people who went out and did bad things for no reason. I maintain it was somewhat understandable, if not acceptable. So I call it a rebellion.” ~Maxine Waters

“How would you define somebody who puts a [person] where he is and takes all the money out of the ghetto where he makes it? Who is looting whom? Grabbing off the TV set? He doesn’t really want the TV set. He’s saying, ‘Screw you.’ It’s just judgment, by the way, on the value of the TV set. He doesn’t want it. He wants to let you know he’s there… The mass media-television and all the major news agencies-endlessly use that word “looter”. On television you always see black hands reaching in, you know. And so the American public concludes that these savages are trying to steal everything from us, and no one has seriously tried to get where the trouble is. After all, you’re accusing a captive population who has been robbed of everything of looting. I think it’s obscene.” ~James Baldwin

“Violence alone, violence committed by the people, violence organized and educated by its leader, makes it possible for the masses to understand social truths and gives the key to them.”~Frantz Fanon