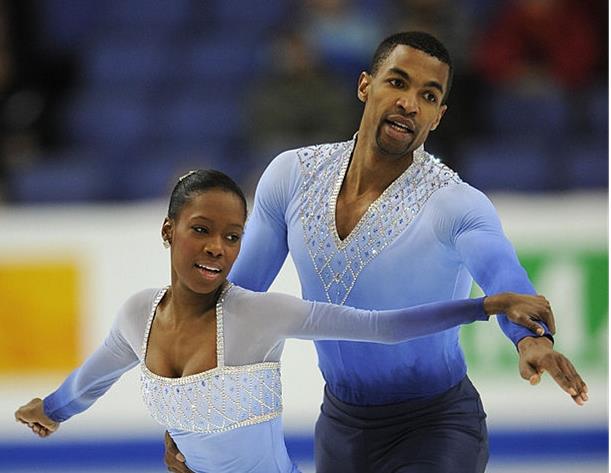 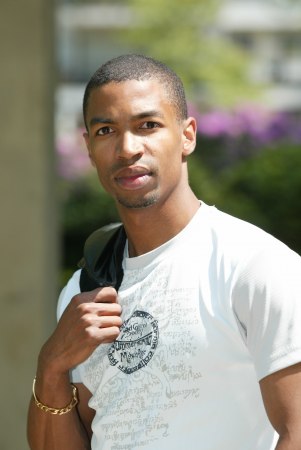 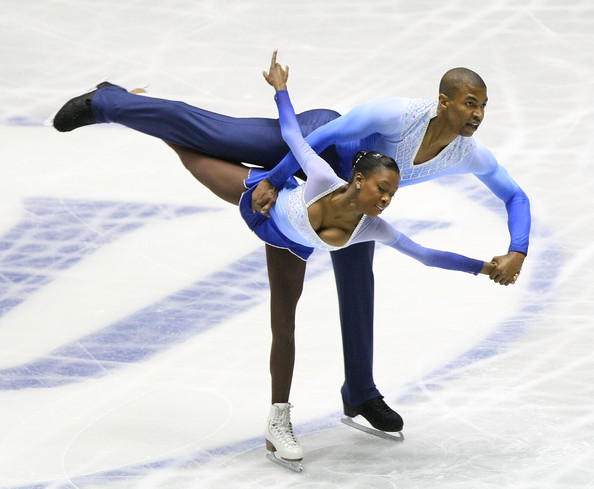 After months of combing through lists of possible partners and several unsuccessful attempts with various skaters, Yannick Bonheur finally met Vanessa James, who responded to an announcement he had placed on IcePartnerSearch, an ice-skating networking site. The chemistry was instant. “We had a perfect connection. A week later, I moved to France,” said James. That was in December 2007. 10 days later, despite the language barrier – Vanessa did not speak a word of French -, the couple showed up at an amateur gala in Courchevel.

Vanessa James was the first black English figure skating champion in 2005. The athlete made headlines in the UK in January 2008, when she announced her intention to retire from solo competitions in order to concentrate on the pairs competition. At the same moment, she revealed her intention to adopt French citizenship in order to participate in the Olympics with Yannick, dashing the hopes of the British federation, who had hoped for a British participation at the Games.

Before the pair began competing internationally in 2008, Vanessa’s twin sister Melyssa James, also a figure skating champion in the U.K., said she was “not surprised by Vanessa’s decision, because it a unique and a great opportunity for her.” Shortly afterwards, Yannick was injured during the short program at the French championships. Although he managed to finish the program the pair had to throw in the towel.

After a long absence from competitions due to Yannick’s injury, their return was marked by a tenth place win, right behind the new French champions, Adeline Canac and Maximin Coia, at the European Championships in Helsinki in January 2009. In March 2009, they were selected for the World Championships in Los Angeles with a nearly flawless program (they were treated to one of three standing ovations from the audience).

From there, they continued their preparation as they multiplied training programs abroad under the aegis of some of the best industry choreographers while participating in international competitions. At the World Team Trophy they placed 5th, bringing eight points to the France team which came fourth at the end of the competition behind the United States, Canada and Japan. They also took part in the French championship, the European Championship, and the Vancouver Olympics, placing first, 7th and 14th, respectively.

At the 2010 French Figure Skating Championships, they placed second in the short program and won the free skating to win the title overall. As a result, they were sent to both the Olympics and Worlds, where they finished 14th and 12th, respectively. James and Bonheur were the first black pair to compete at the Olympics.

Vanessa and Yannick caught the immediate attention of the Canadian media as soon as they arrived in British Columbia for the Olympic games. They have become role models for young Black skaters. “We were indeed approached by a lot of people from the United States (…) who said their children had taken up ice skating because of us,” Vanessa James told the Canadian press. “They realize that it is now possible… I hope we see more black skaters”. And according to Yannick, they “want to push pair skating for Black people because there aren’t many”. In fact, since the beginning of the Winter Olympics there have been only two black skaters in the singles competition: American Debi Thomas, who took the bronze in 1988 Games in Calgary and became the first black medalist at the Winter Olympic Games, and the French skater, Surya Bonaly 1992, 1994 and 1998. As for Black male skaters, with the exception of Yannick Bonheur, there is the German Robin Szolkowy, partly of Tanzanian descent, who won the bronze medal with his partner Aliona Savchenko.

Bonheur teamed up with Adeline Canac in spring 2010. They went on to win bronze at the 2010 NRW Trophy and claimed their first national title together in December 2010. They then finished 9th at their first Europeans together and 18th at Worlds.