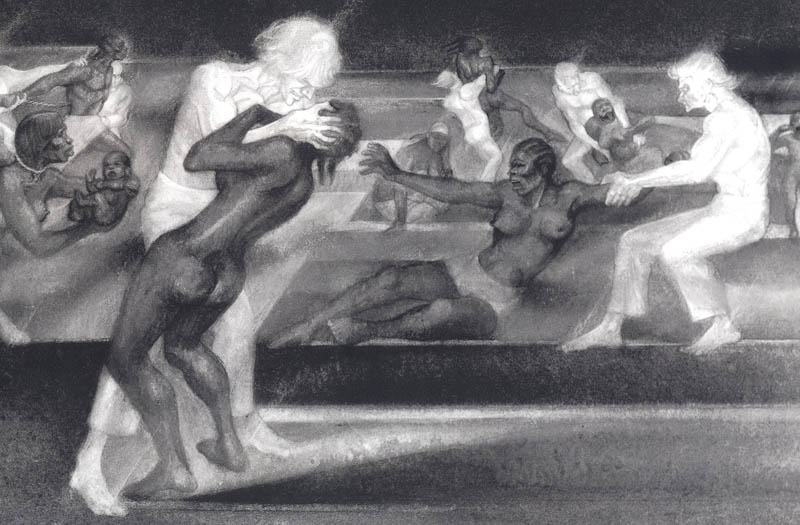 “If you don’t understand [whyte] supremacy – [racism] – what it is, and how it works — everything else that you understand will only confuse you.” –Dr. Neely Fuller, Jr.

“Racism is the fire ignited by the Europeans; our response is only the smoke.” ~Aziza Gibson-Hunter

“My response to racism is anger.” ~Audre Lorde

I first encountered the word racism, when I came to the UK in the late 1980s, from Jamaica. I learned that it was a form of discrimination and therefore anyone could be a racist.  If a Black person speaks in a racial manner (by dissing and cussing a whyte person) then they are being racist. Hence, powerful Black male leaders such as Malcolm X and Farrakhan have been cast by the media as racists. However, this is the way racism (whyte supremacy) operates, to confuse and deceive.  No doubt, in today’s language, Toussaint Louverture and Jean Jacque Dessalines would have been accused of being a racist (or a terrorist like Nelson Mandela was once called by European media across the world). Any time a Black person’s purpose is about freeing the minds of Black people and showing them their Black Skin, White Masks, and that they have been made into The Wretched of the Earth, that person is labeled a racist.

Over the years, by reading and studying the books of great Black thinkers I have come to learn that racism is often a misinterpreted and misused word. Racism is not name-calling or an attitude. Racism is a political system based on a dichotomized perception of the world that creates structural social and economical inequalities. It is the power that one group of people is able to wield over another. Racism is whyte supremacy or as I prefer to say, European domination. Racism has been used to create “a concept called the cultural other that influenced their vision of themselves and other people in their contact with Africans, Asians and people of the Pacific islands.” (Dr. John Henrik Clarke).

That Afrikan/Black people are the victims of racism is crystal clear. That European people are not victims of racism is crystal clear. “Black people”, as Stokely Carmichael wrote, “are defined by two forces: their blackness and their powerlessness.” Racism cannot operate from a source of powerlessness because it is based on power. Europeans, the current holders of power, use this power to call everyone a racist, and label reactionary incidences to the ever-present racial tension in society as racist, in order to hide their racism, their oppression of Black people, and who the racists really are. “Get hip to that!”

Therefore, venting frustration or anger towards a whyte person is not an act of racism. Its a reaction to racism. As Audre Lorde wrote,  “Anger is an appropriate reaction to racist attitudes, as is fury when the actions arising from those attitude do not change.” Refusing to have friendships or sexual relationships with whytes is not racism but a healthy survival instinct. Speaking about Black issues and the past atrocities committed by whytes against Blacks and the continued destruction of Black people through the systematic imprisonment and unemployment of Black males and females is not racist. While Black people can be prejudice and do discriminate, the ability to discern, make distinctions, and be intolerant or racially bias, is not racism.  However, to further illustrate the point, read the Messages from the Masters (a new series of articles coming to Kentake Page), below. 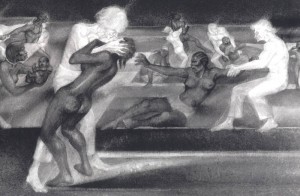 “In 1619, there was no such thing as Racism. Racism did not exist before [the maafa](Atlantic slavery) started. There were conflicts between ethnic groups, conflicts between religious groups, and cultural disagreements, but you never had racism until enslavement started.

Racism is a word that means race…it means group. I don’t want you to let people keep telling you that Black people can be racist. You cannot be racist! The word does not exist for you. Racism means group base. Racism means a power relationship between two groups, where one group owns and controls so much that they can use their wealth and power to deprive, hurt, and injure another group. That’s what racism is. And there is no place on earth, can you find a Black person that can be a racist. The only thing you get at best is a Black reactionary, which means a Black person who is reacting to racism [whyte supremacy].

And I want people to quit calling Farrakhan a racist. Farrakhan is not a racist. What Farrakhan is doing is reacting to racism. If Black people could have been racists they would have been racists 400 years ago. They would have stopped people from depriving, hurting, castrating, and exploiting them 400 years ago. If you go back through history you cannot find one single, solitary instance, any place in history on this earth, where Black people had enough power and wealth to come together to do injury to another group and take something from them. In the USA, you never see any Blacks come together as an organization, as a group to hurt any other group. Blacks have never done anything to Jews, or whytes, Asians, or Hispanics as a group. We can’t practice racism. On the other hand, I can go through history books and I can show you mountains, and thousands, maybe millions of instances where everybody else have done things, been mean to us, to deprive and hurt us by social customs and legal means. You can’t be racist unless you got power and wealth with your group to be able to hurt other people. And we don’t have it! So all we are, are reacting to racism [whyte supremacy]…” –Dr. Claud Anderson 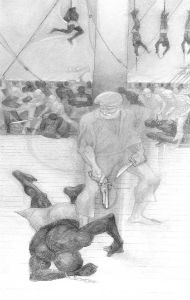 “Racism is not an attitude. Racism is a power structure. Therefore the non-whyte people on the planet who are victim of racism (whyte supremacy) cannot simultaneously be considered to be in power. It’s like someone being in prison. They are not in the same posture or status as the warden of the prison who holds the keys. One is a prisoner. One is a warden. So Black people can have attitudes and certainly, people who have been oppressed have attitude about the oppressor but that doesn’t mean that they have the power to oppress the people who are oppressing them. It’s not Black people who determine whether whyte people have jobs or where they live or where they have to move from. No, it’s people who classify themselves as whites, who have the power to make those decisions.”
–Dr. Frances Cress Welsing

“Whenever I ask an audience of people if they know what the term racism means they almost universally say they do. I often give a little test to determine if everyone is on the same page regarding the term.

I first ask my audience if whytes can be racists. Of course, everybody agrees they can. I then ask if blacks can be racist and I get the same response. I then ask them to identify the ways in which “whyte racism” adversely impacts the lives of black people as a group and a list of forms. My audience tells me that blacks are impacted economically through discriminatory hiring practices. They are impacted by limited access to health care. they are impacted by over-representation in the criminal justice system and under-representation in the university system. They are impacted by redlining and other discriminatory practices barring them from finding housing in the area of their choice. The list goes on.

I then ask them to identify how black racism adversely impacts the lives of whyte people as a group and there is silence. There is silence because while black people may have prejudices, and at times even feel hatred towards whyte people, perhaps even causing much fear, the reality is that black people lack the ‘power’ to affect the lives of whyte people as a group. Black people’s feelings towards whyte people do not preclude a whyte person’s ability to get a loan, receive fair treatment by the justice system, acquire education, etc.

This then is racism. It is the belief that people differ along biological and genetic lines and that one’s own group is superior to another group. This belief is coupled with the power to negatively affect the lives of those perceived to be inferior. America’s history is inextricably bound to this racist ideology.” ~Joy DeGruy

Art by Tom Feelings, from the book, The Middle Passage.