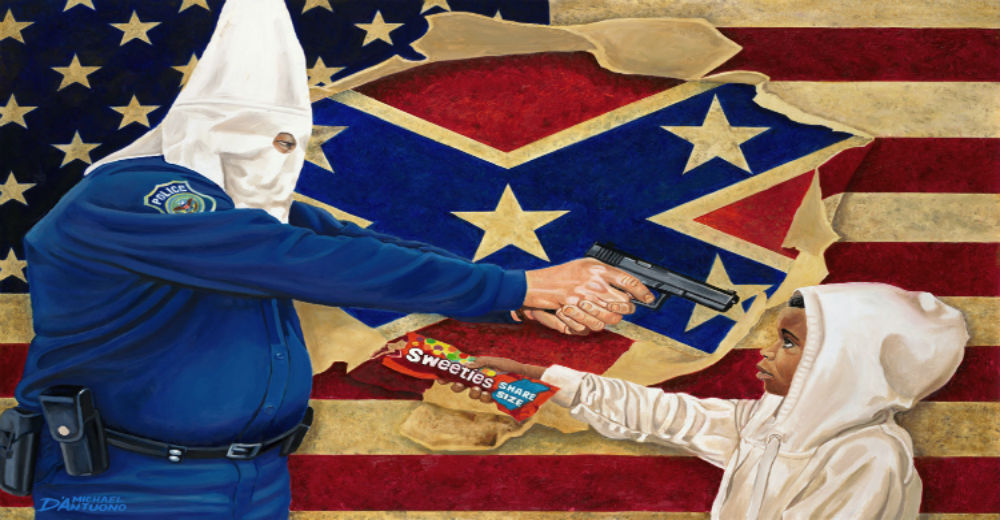 The death of Trayvon Martin and the recent acquittal of his killer, has stirred deep racial emotions. After reading some of the headlines, and comments written by “readers” in response to news stories and videos uploaded on Youtube, I realised that “when an individual is compelled by circumstances to repress important segments of their history they have reflex-like reactions to certain situations.” 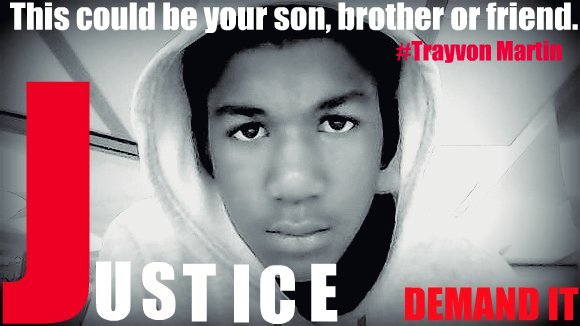 When are we going to realise that there is a difference between a race-hate crime and one committed because of religious and political persuasions?

When are we going to realise that there are differences between the crimes committed by the powerless and the crimes of oppression, victimization and subjugation of the powerful against the powerless.

When are we going to realise that so called Black-on-Black crimes are committed because that is what poverty and the inability to self-actualize by being self-sufficient and self-sustaining breeds. Poverty does not breed unconditional love and well-being or the idea of transcending oneself. Poverty breeds bitter fruits. It breeds anger, animosity, envy, malice, hatred and violence. 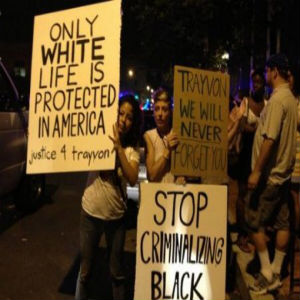 When are we going to realise that language is used against us? Therefore, when we hear of so-called Black-on-Black crime but not of whyte-on-whyte crime or Asian-on-Asian crime, what effect does that have on us as a people? Does whyte crimes or Asian crimes not exist? They sure do!  It is because Black-on-Black crime as a label criminalizes the whole Black community. Therefore, any Black person, (specifically Black males) are criminals and when you criminalise someone it means you can then treat them as a criminal. Hence, Trayvon could be followed and murdered for walking in a neighbour, in which he had all rights to be in, after buying a packet of Skittles.

Now, am I the only one that dislike some of the headlines and questions around Trayvon Martins murder? For example:

Headlines like these convey the message that being Black is a crime, a mistake and a problem!

These headlines are types of emotional violence that are perpetrated on the reader, conveying the same subconscious message we receive when we hear the racist label, Black-on-Black crime. Lets look at the first statement. First of all Trayvon has committed a crime (Trayvon Martin’s crime). If you have committed a crime then it follows that you must be a criminal! Now what is Trayvon Martin’s crime? He is Black. Therefore being Black is a crime. If you are Black you are then a criminal. How do you treat criminals? 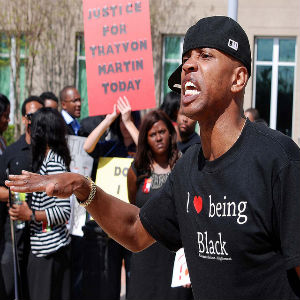 Why is it not asked instead:

“Trayvon Martin’s murder? Because Racism exists?”
“Was Trayvon Martin killed because Zimmerman is racist or because of racism?”

The problem needs to be place squarely where it belongs. RACISM KILLS.

Racism kills hearts, minds, bodies and spirits. It kills emotionally, mentally, psychologically, financially and physically. It kills the history of a people. It creates wretchedness. It creates poverty. It creates social problems and economic disenfranchisement. It creates stress.

As the poem goes:

Much of this stress is caused by how the world outside us relates to us.
But we can assert agency in our own ways so that the outside world
cannot over-determine our responses, cannot make our lives a dumping ground for stress.”

How long will they kill our prophets (and our children), while we stand aside and look!!! As Sybrina Fulton, Trayvon Martin’s mother points out: “Today it was my son. Tomorrow it may be yours… I can’t think of anything more valuable than our children.” In the wake of this acquittal they would like for us to riot, so they can criminalize us further and send more of us to prison. This is part of the machinery of whyte domination (supremacy), to create conditions of inequalities and injustices for the people to react, so they can lock us up in cages and profit from it. The prison industry is a billion dollar industry. However, as the poem states, we can assert agency in our own way. Rioting or protesting is not the way to assert agency. Boycotting and/or petitioning are the ways for the Black community to assert agency. History has shown us that boycotting and petitioning are the only avenues that have led to dramatic and drastic changes for Black people. 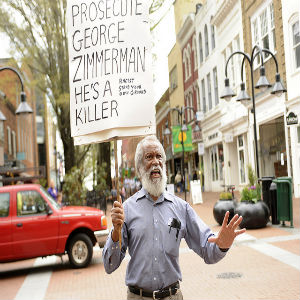 One billion Black people worldwide still live on the plantations/concentration camps. There is a global system of colonialism and enslavement. Whether we live in the Caribbean, the USA, Africa, Australia, Canada, the Pacific Islands, Europe, Asia, South America, we are all experiencing the same wretchedness. The system of devaluing Black lives is global whether we live in countries whereby we are the majority or not. No doubt there are individuals doing well economically. However, if these individuals lost their income overnight, would it make a difference to us? Are our lives collectively any better because we have a few millionaires/billionaires, and a few CEO of major corporations/organisations among us? Sure they have made a difference to some individuals but the status quote remains the same. The majority of us still live at the bottom of the pyramid that our Ancestors built.

Amos Wilson made it clear: “Ultimately…we can only protect our rights and interests as people, not through laws written by other people and laws enforced by other people, but through the power to prevent other people from having their way with us. The emphasis then should be on the development of true power: military, economic and otherwise. This is our ultimate salvation.”

Hello. White woman who happened to stumble across your page, here. As this is your space, I ask your permission to speak: I know racism is a system of privilege. That racism is not simply physical abuse and obviously disgusting slurs. At the same time, I think we in the white community don’t have as many frames of reference for community as people of color do.

Individualism is so pervasive and ever present, I think we as white people can hide behind “fairness” and “equality under the law”–when it starts to feel uncomfortable. And that’s not fair. It’s not fair at all.

I know you’re tired of not being seen. I don’t blame you. At the same time, I think white people as a group need a *better understanding of community* if we are ever going to understand (and effectively combat) racism. I understand community *better* than I used to, but it’s not instinctive, something taught to me as a girl, or automatic, like muscle memory. It’s going to take some work…

Thank you for your comment. I don’t believe the issue is that we are not being seen. Our visibility which shows “the power of our melanin” is the reason for the construction of racism and racist attitudes toward us. What we are tired of is injustice, inequality, lies and blatant lies and disrespect.

I agree however, that it will take some work to effectively combat racism.

Thanks for introducing me to the poem related to “stress”. I believe a huge part of the racism problem has to do with acceptance of the “Victim Identity” conditioned into Black people throughout our recent history. In one sense, we have been, and will continue to be victims of a system of racism perpetuated by powerful advocates of a White supremacy ideology. It is in this sense that I believe Trayvon Martin was a victim.

In another sense, we as Black people have to reject any all attempts to make us experience ourselves as being victims. This is a function of our level consciousness as Black people, as a whole, and as Black individuals. That is what resonated with me from the poem you shared: the idea of agency–that we have the power to envision and create our own destiny.

I think that is what Marcus Garvey was alluding to when he asserted, “We are going to emancipate ourselves from mental slavery, because whilst others can free the body, none but ourselves can free the mind…”

It is time for every Black man and Black woman to unleash the power inherent in these words:

“Much of this stress is caused by how the world outside us relates to us. But WE CAN ASSERT AGENCY IN OUR OWN WAYS so that the outside world cannot over-determine our responses, cannot make our lives a dumping ground for stress.” [Emphasis, mine].

Thank you for a brilliant commentary! Your points are well stated.

I would just like to add the “how?” How do you know that you have a “victim identity”? The victim blames, justifies and complains.

It is also my opinion that culturally we wear a victim-hood status. We complain about the killings, the injustices, the inequalities. We may have legitimate reasons to complain but if this is all that we do as individuals and as a collective then centuries will roll by finding us in the same wretched place in history. With each generation “identity confusion” is intensified. Labels, such as diversity, multiculturalism, minority, urban culture act not in our interest but in the interest of white supremacy.

WE CAN ASSERT AGENCY IN OUR OWN WAYS…the reparation movement; rebuilding organisations such as the UNIA and the Black Panther Party.

To unleash the power within we need to develop organizations that cater only to our collective needs…whereby outsiders cannot participate and destabilize them. Working within the “law” we create organizations that work with “survivors” of post-traumatic slavery syndrome. Those who have harmed us and our Ancestors cannot participate as they wear the faces of the oppressors and collude with inequalities within the wider society.

Reading wholesome books by Black authors, which create connection with our history, give a thorough analysis of the extent of white supremacy, and enable self-growth/personal development both emotionally and economically will also enable us to unleash this power.

Malcolm X is a great example of how reading transforms a person, but it was also important that there was an organization available for him to continue to draw strength from and be supported.

Too many of us are revolutionary loners.

PS… I am adding your website to this thread so others can look you up and your excellent books on personal development. http://glenfordsmith.com/

Other articles I like on the Trayvon Martin’s case:

MADE OF SHADE: DR. BELL HOOKS ON ZIMMERMAN EFFECT
http://jetmag.com/life/living/bell-hooks/

Why the Zimmerman Trial Made Me Ill
http://progressive.org/zimmerman-trial-made-me-ill

Please also add any other… Thanks.

This is deep but so needed! RIP!