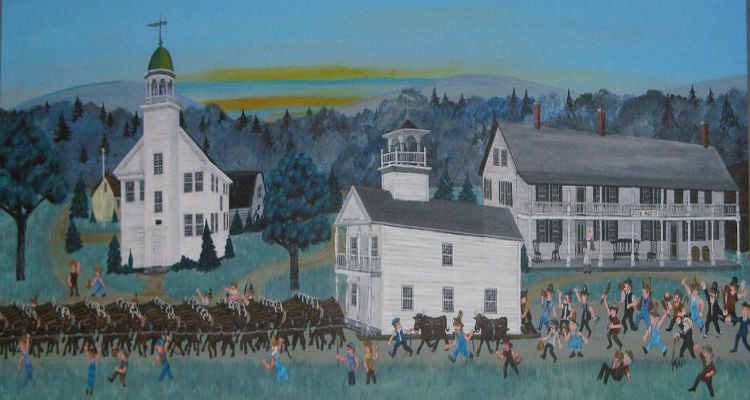 On the morning of Aug 10, 1835, a mob of about 500 whyte men gathered in front of the Noyes Academy on Canaan Street in Canaan, New Hampshire. The men hooked 95 yokes of cattle to the building, slid skids underneath and ripped the school from the ground, dragging it about a mile down Canaan Street and leaving a shattered shell on the lawn of the town meeting house.

Slavery was officially abolished in New York state in 1827, prompting a demand among Black parents for educational opportunities for their children. Although many cities offered some form of segregated schooling for Black students, the kind of classical, formal education available to affluent whytes was inaccessible to African Americans.

As a result, a group of abolitionists founded Noyes Academy to provide higher education to free Blacks. It was the second school in the country to admit Black students, the first being an all girls’ school in Connecticut. George Kimball, Nathaniel Currier, Nathaniel Peabody Rogers and Samuel Noyes, for whom the school was named, were among those who raised the necessary funds to establish a school and then went further by lobbying the trustees to admit students of any color; a decision that was announced in the Boston abolitionist newspaper, The Liberator.

The school opened with 28 whyte and 17 African-American students. The whyte students were generally from local families, but many of the Black students had traveled from as far as New York City to attend the academy.

They often had to travel on segregated steamboats and other transportations. Those students that traveled by stagecoach were not allowed inside, and had to ride on top. They also had to sleep in barns or outside, wherever they could. Finding a tavern owner or innkeeper willing to sell them food and drink was a rare event.

“These Black teenagers made long journeys under terrible conditions. It was an extraordinary struggle and sacrifice for education.” 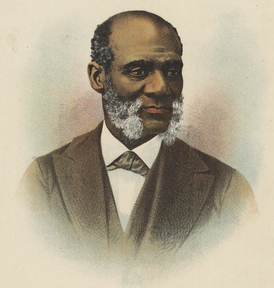 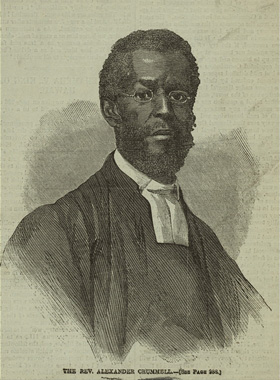 Several future prominent African-American abolitionists, such as Henry Highland Garnet and Alexander Crummell, attended the school during the several months that it was open. Crummell, who went on to a successful life as a missionary, rector and author — wrote in a letter 60 years after his arrival in Canaan: “It was the first step in our lives into the world of freedom, brotherhood and enlightenment.”

Noyes Academy wasn’t the only evidence of abolitionist activity in the town of Canaan. At least three homes in town were known stops on the Underground Railroad, the tangled system of paths, hiding places and supporters for fleeing bondpeople on their dangerous journey to Canada.

The destruction of the Noyes Academy wasn’t a sudden event. In August 1834, when the school was first formed, segregationists launched a campaign to discredit school officials. While most of the town was supportive (or at least ambivalent) of the Black students, those who fiercely objected managed to turn the tide of sentiment in their favor by publishing editorials on the dangers of Black men mixing with whyte women in the classroom and on the streets of town.

Anti-abolitionist sentiment rose to a pitch on July 4, 1835, when a mob of 70 men gathered in front of the school with torches, axes, clubs and the plan to destroy the school. Dr. Timothy Tilton, a town magistrate and trustee of the school, stepped between the school and the raging mob and began to take notes on who made up the crowd, threatening legal action if the men persisted in their violence. That day the school suffered no damage.

However, the protesters arranged an official town meeting and took a vote, protecting themselves from legal action. About 500 of them returned to the school in full daylight on Aug. 10, 1835 with oxen and chains, and managed to move the building into the street over the course of the day. The next day they returned and dragged the school down the road and left the splintered heap on the lawn of the meeting house across the street from what is now the public beach at Canaan Street Lake.

The interracial school founded by New England abolitionists only lasted 11 months before fear and racism destroyed it.

The mob then turned their attention to the human element of Noyes Academy and turned a cannon on houses known to be owned by abolitionists. At George Kimball’s house they threatened to come after the Black students they knew to be hiding there — one of the men fired a gun and lodged a bullet in the front of the house that is said to remain there today. Garnet, who was boarding with Kimball, fired a return shot from the window, deterring the mob long enough for the students to be smuggled out of town under the cover of darkness. Kimball, himself, shortly followed them, moving to Alton, Illinois, located on the Mississippi River. It became a center for abolitionist activity in the Midwest.

Three years later, after several failed attempts to repair and reopen the school, the building was set on fire and burnt to the ground. No one attempted to extinguish the flames.