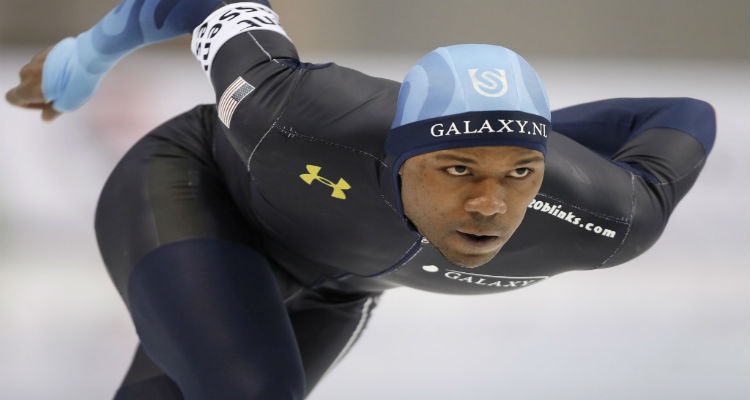 [dropcap size=small]S[/dropcap]hani Davis is an African American Olympic Champion speed skater, who became the first Black athlete to win a gold medal in an individual sport at the Olympic Winter Games (2006), winning the speedskating 1000 meter event. He also won a silver medal in the 1500 meter event. At the 2010 Winter Olympics in Vancouver, Canada, he duplicated the feat, becoming the first man to successfully defend the 1000 meter gold medal, and repeating as 1500 meter silver medalist. Davis has set a total of eight world records. 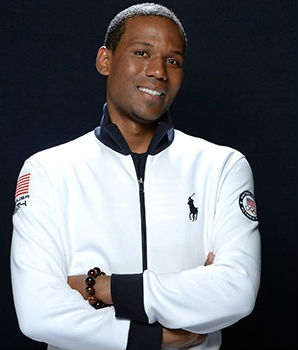 Davis was born and raised in Chicago, Illinois. Raised by his mother on the city’s south side, he started roller-skating at local rinks at age two. By age four Davis was darting around the roller rink so fast that skate guards would chase him just to ask him to slow down. Seeming to become bored with roller-skating, a coach suggested that Davis switch to ice skating.

Davis joined the Evanston Speedskating Club at age six and within two months started competing locally. By age 8 he was winning regional age-group competitions and began to hear about the Olympic ideal from his competitors and friends at the Northbrook Speedskating Club. Davis’s mother encouraged him to pursue his full potential, and in an effort to build his endurance woke him most mornings to run a mile on a track close to their home. As there were – and still are – no speed skating clubs in inner city Chicago, at age 10 Davis and his mother moved to the far north side of the city to be closer to the Evanston rink.

“My mom never thought of herself first. I credit most of my success to her. She continues to manage my career and is always there for me.”

Davis made the jump from junior competition to men’s speed skating in 2003. He became the North American long track champion in February 2003, qualifying him for the World Championship in Gothenburg, Sweden. Not yet adjusted to skating in the men’s division, Davis’s scores were much lower than usual, and Davis finished 16th overall.

January 2004 would find him a North American champion for the second consecutive year. Davis would finish in second place overall in the 2004 World Allround Long Track Championships in Hamar, Norway. In March, Davis won the 1,500 m at the Men’s World Single Distance Championships in Seoul, finishing the race in 1:48.64 in March 2004.

Since winning his second Olympic Gold medal, Davis has has raised the bar even higher for speedskating excellence. In 2010-2011 he won the Overall World Cup 1500 meter for a fourth time and won the World Championship 1000m for a third time. He also lead his teammates to the USA’s first Team Pursuit World Championship Gold Medal. In 2011-2012, Davis won his record fifth Overall World Cup 1000m crown and passed the 50-win milestone on the World Cup circuit, becoming the United States’ winningest male speedskater. In 2012-13 he passed 10,000 points for his World Cup career, one of only three men to do so.

In 2014-15 Davis was crowned 1000m World Championship for the fourth time, marking his 10th individual World title in his 10th year on the international long track circuit.

Kathleen Battle: The best lyric coloratura in the world

“Service to others is the rent you pay for your room here on earth.”