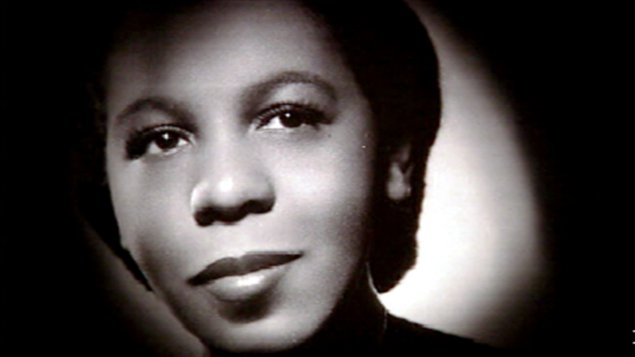 Portia White was a Black Canadian contralto singer who overcame the obstacles of gender, race, and the exclusive nature of the classical music world to gain international renown and recognition as one of the greatest voices in Canadian history. 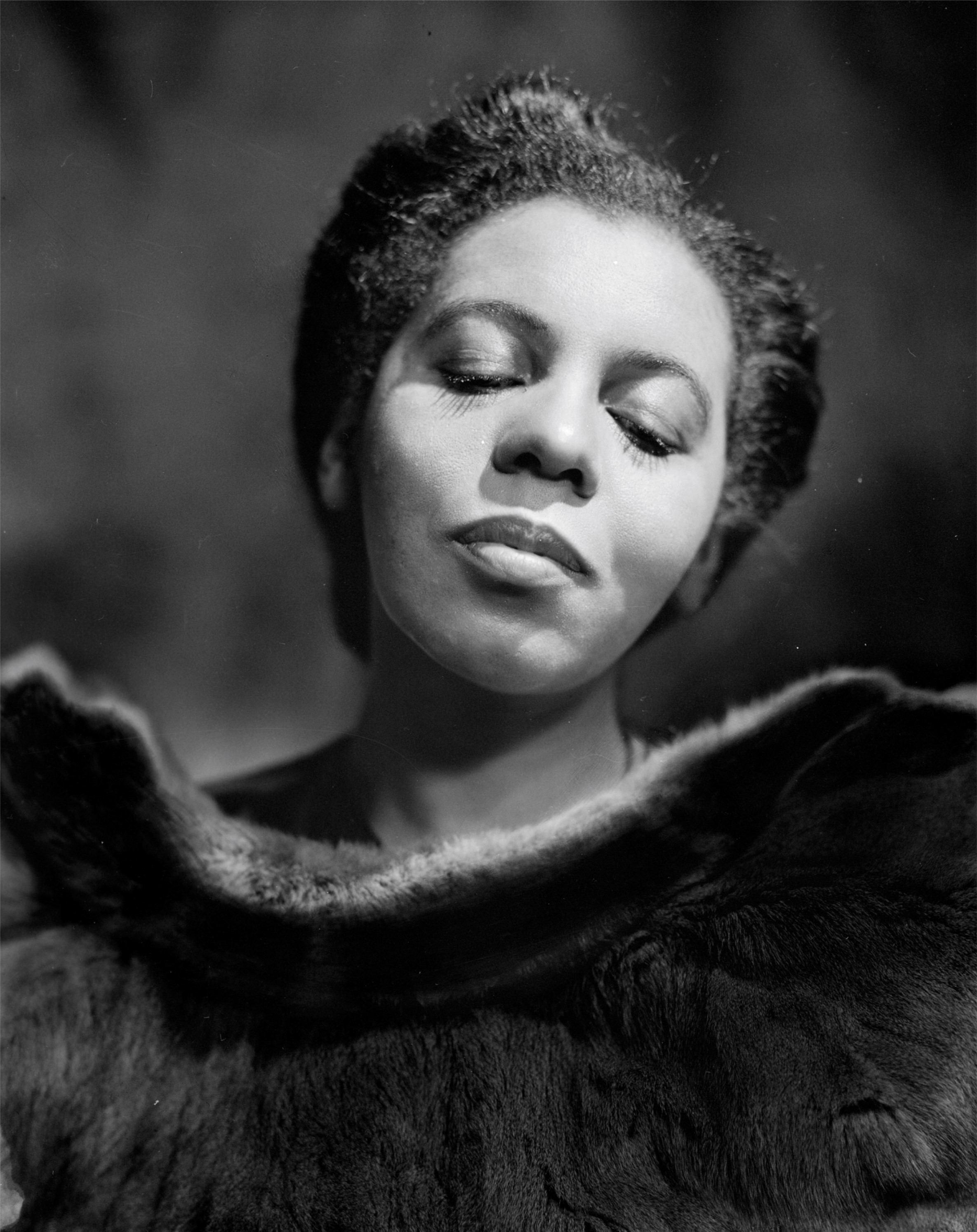 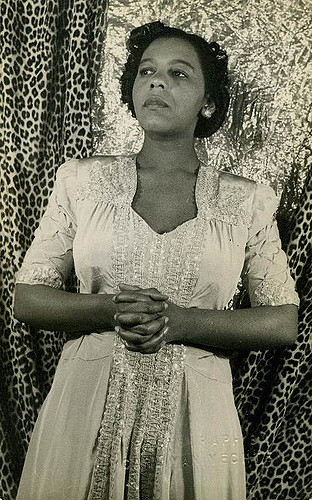 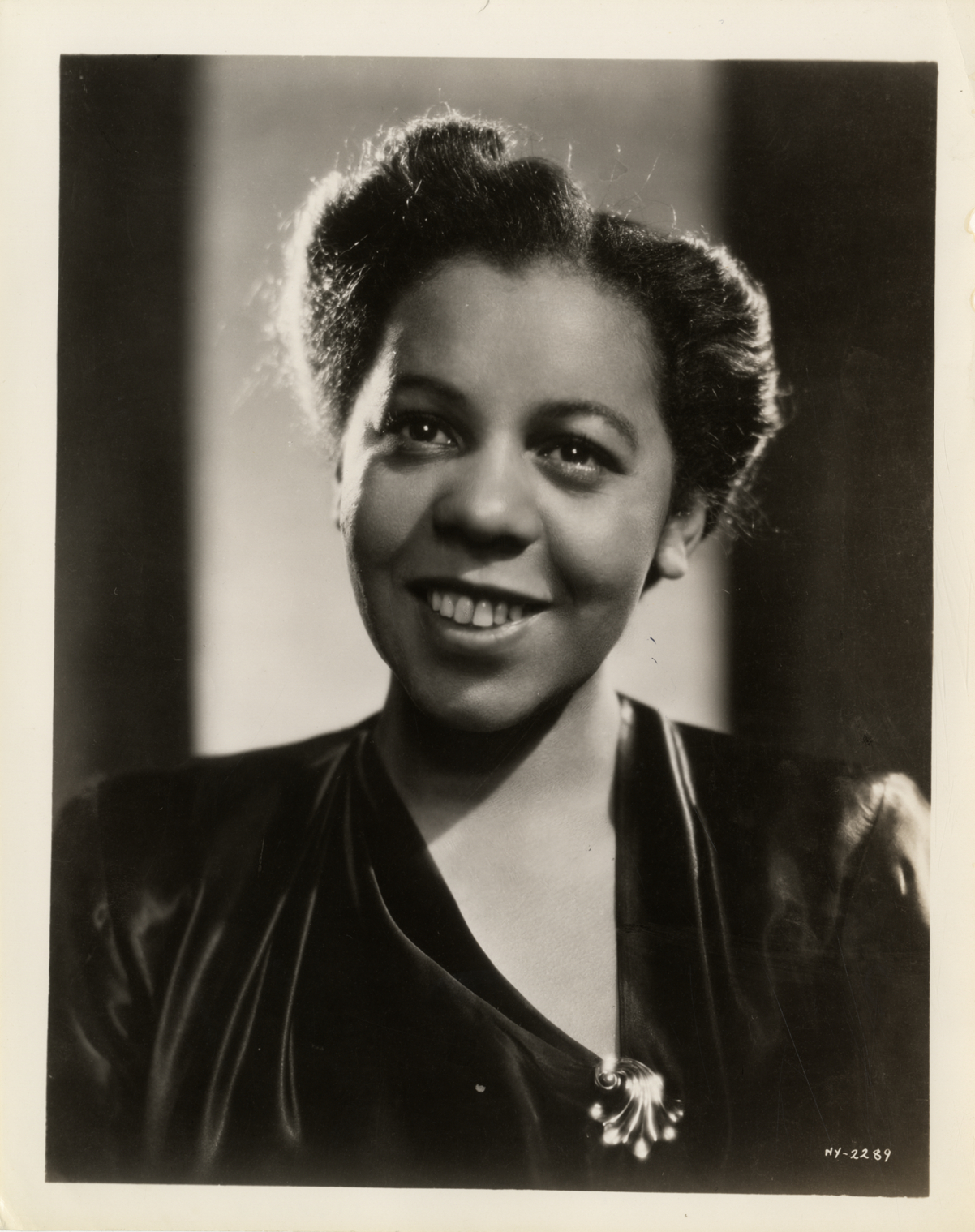 Portia White was born in Truro, Nova Scotia, Portia White on June 24, 1911, the third of 13 children born to William A. White, whose parents had been enslaved in Virginia, and Izie Dora White, who was descended from Black Loyalists in Nova Scotia. The second Black-Canadian admitted to Acadia University, William White graduated in 1903 with a degree in Theology and later became the first Black Canadian to receive a Doctorate of Divinity from Acadia University. Following his service as the only Black chaplain in the British army during the First World War, he moved the family to Halifax, where he became pastor of the Cornwallis Street Baptist Church.

As a girl, Portia sang an aria from the opera Lucia di Lammermoor in a competition and won first prize.

In 1929 she attended Dalhousie University and became a schoolteacher in Africville, a Black community in Halifax. Determined to follow her dream of singing, she earned a scholarship to the Halifax Conservatory of Music, and won the silver cup in the Nova Scotia Music Festival in 1935, 1937 and 1938. She was bestowed a scholarship by the Halifax Ladies Musical Club, which allowed her to study at the Halifax Conservatory of Music.

In 1941, at 30 years of age, Portia made her singing debut in Toronto. One reviewer said she had “a natural voice, a gift from heaven” (Toronto Evening Telegram). Well received by audiences and critics, she performed in nearly every major Canadian city. In 1944 she made her international debut in New York City, and the Nova Scotia Talent Trust was founded to help support her career. A three-month tour of Central and South America followed in 1946, and she sang in France and Switzerland in 1948. Portia White was the first Black-Canadian classical singer to gain international recognition, an accomplishment all the more impressive when you consider how limited the opportunities were at the time.

White herself began teaching voice in Toronto, both privately and at Branksome Hall, a school for girls. Her private students over the years included Dinah Christie, Anne Marie Moss, Lorne Greene, Don Francks, and Robert Goulet. By the mid-1950s she resumed her singing career, although sporadically, singing only a few concerts in the 1950s and 1960s, one of which was before Queen Elizabeth II and Prince Philip at Charlottetown’s Confederation Centre of the Arts on 6 October 1964. White’s final public performance took place in July 1967 at the World Baptist Federation in Ottawa.

White’s career was, unfortunately, short. She retired from public singing in 1952 due to vocal difficulties.

Portia White died of cancer in 1968, at the age of 57. The Halifax Chronicle-Herald called her “the singer who broke the color barrier in Canadian classical music.”

White did not make any studio recordings, but her voice can be heard in several concert recordings, including a song recital titled Think on Me (1968). Library and Archives Canada acquired from the White family audio recordings of her performances in New York and in Moncton, NB, in 1944 and 1945. From these, Analekta released two songs on Great Voices of Canada, Volume 5 (1994), and White’s nephew, award-winning folk musician Chris White, released the CD First You Dream (1999). A documentary by Sylvia Hamilton, Portia White: Think on Me, was broadcast on CBC TV in 2001.

In 1995, White was named a “person of national historic significance” by the Government of Canada. A millennial stamp bearing her image was issued in 1999, and a life-sized sculpture of her was carved from a tree in front of Truro’s Zion Baptist Church in 2004. The Portia White Prize is awarded each year by the Nova Scotia Arts Council to an outstanding Nova Scotian in the arts. The inaugural recipient of the award in 1998 was her great-nephew, the writer George Elliott Clarke. The Nova Scotia Talent Trust presents the Portia White Scholarship Award to exceptional vocalists, and also named its annual gala concert in her honour. At the East Coast Music Awards in 2007, White was posthumously awarded the Dr. Helen Creighton Lifetime Achievement Award.

Honors given to Portia White include a monument in Truro, the Portia White Prize – the largest arts award of its type in Nova Scotia, and a documentary film, “Think on Me.” The Government of Canada named her “a person of national historic significance” in 1995. Canada Post featured Portia on a postage stamp in 1999, as part of a Millennium series of stamps celebrating Canadian achievement. The Nova Scotia Talent Trust that was founded to help her at the peak of her career is still supporting artists in the province and established the annual Portia White Gala Concert in 2002.

In addition to Clarke and Chris White, Portia White had several other notable family members. Her brother, Bill White, was a composer and social activist who became the first black Canadian to run for federal office, representing the Co-operative Commonwealth Federation (CCF) in the Toronto constituency of Spadina in 1949. He was made an Officer of the Order of Canada in 1970.

Portia’s brother, Jack White, was a noted labor union leader and one of the first black Canadians to run for provincial office in Ontario; and her niece, Sheila White, is a noted political consultant and commentator.

“There is a breathtaking statue in Mexico that bears the unusual title “In Spite Of.” The name was given to honor the sculptor, who suffered a tragic accident and lost his right hand while carving the statue. He was so determined to finish the project that he learned to chisel with his left hand… In spite of being blind, abused, orphaned, poor, indicated, other s have overcome, excelled, and triumphed. And so can you!”