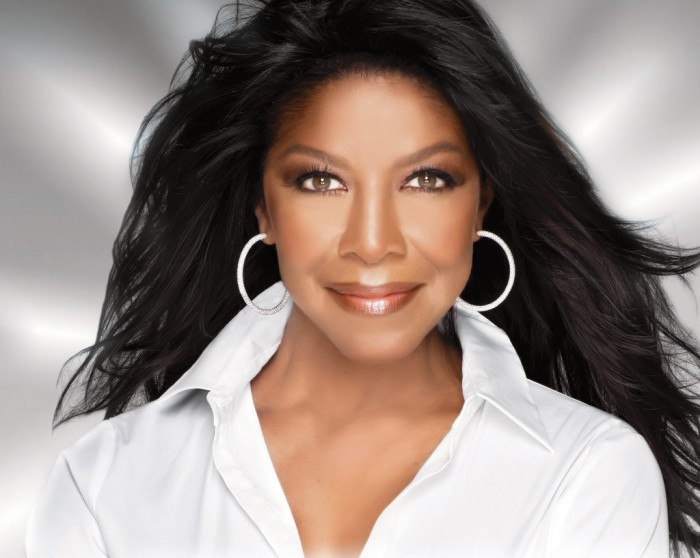 Natalie Cole was born to singers Maria Hawkins Cole and Nat King Cole on February 6, 1950 in Los Angeles, California. She was one of five children and although Mr. and Mrs. Cole had already adopted a niece, Carol (Cookie), Natalie was their first biological child. She was first called Stephanie, but the couple soon changed her name to Natalie. The Coles later adopted a son, Kelly, and in 1961 their twin girls, Casey and Timolin, were born. Nat Cole began calling Natalie “Sweetie,” a name she is still known by among family and close friends. 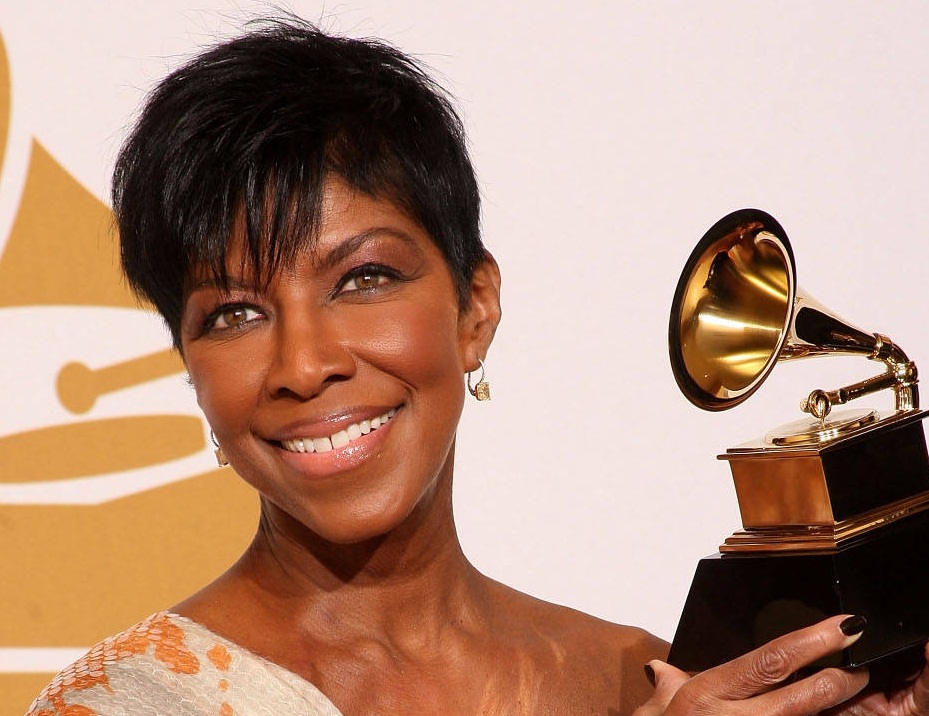 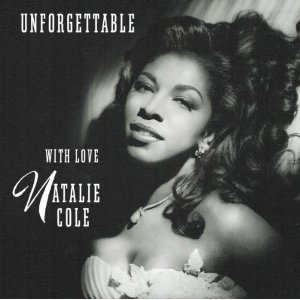 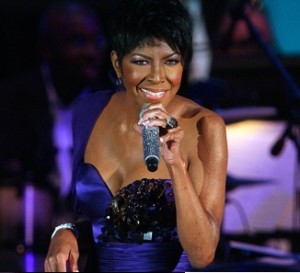 Even though her parents hoped she would not go into show business, Cole developed an interest in music. Not only was her father a famous singer, her mother had been a successful singer with the bands of leaders Benny Carter, Duke Ellington, and Fletcher Henderson. Maria Cole also sang and recorded duets with her husband. Natalie’s uncle, Eddie Coles, was a successful musician as well.

Shortly before she was born, her parents had bought a house in the elite Hancock Park section of Los Angeles. They were the first black family to do so in the still-discriminatory 1950s, causing a considerable stir in the exclusive neighborhood. When Cole was growing up her parents experienced racial discrimination and her father received threats. He sometimes performed with police officers on stage. Young Natalie was unaware of the difficulties; Maria and Nat Cole successfully shielded their children from these problems.

Visitors to the Hancock Park house frequently included singers, musicians, songwriters, and other people related to music and show business. Pearl Bailey, Aretha Franklin, Billie Holiday, Sarah Vaughan, Ella Fitzgerald, Nancy Wilson, Carmen McRae, Duke Ellington, and Count Basie were just a few. Natalie recalled to Jet, “Not only did I meet and get to know some of these great singers and musicians, but I fondly recall addressing them as ‘aunt’ and ‘uncle.’”

When Cole was as young as three-and-a-half her father would take her and Cookie to the studio when he worked. One day he announced his intention to have her and Cookie record. But he told reporters that young Natalie often yawned while singing so he did not know if they would be successful in recording a song. Cole was six when she sang on a Christmas album, and a year later both she and Cookie sang with their father on “Ain’t She Sweet.”

Even though she had been singing informally since she was three Cole told David Wild in Rolling Stone, “I had a really horrid voice early on.” But when she was 11 she began to practice singing and recording popular songs on a tape recorder her father had given her. She proved her ability to Nat Cole when at the age of 11 she sang Ella Fitzgerald’s hit, “Undecided.” Not only was her father delighted with her voice, he was also surprised that she had chosen a jazz song over what seemed to be her greatest interest, rock ‘n’ roll.

Cole’s interest in music had not been restricted to her father’s crooning ballads and jazz. Like many kids of the 1960s she had developed a taste for rock ‘n’ roll. Even though her father did not care for it, he brought home the records she requested, slipping jazz titles in the stack with the Beatles. Ironically, when the Beatles’ “I Want To Hold Your Hand” topped the pop charts, her father’s “That Sunday That Summer” was also there.

Cole made her stage debut at age 11, however her world suddenly changed when she was 15 years old: In February 1965, her father died of cancer. The tragedy put a strain on Cole’s relationship with her mother. Later that same year, her mother moved the family to Massachusetts, where Natalie attended Northfield Mount Hermon High School.

Cole met the writing and producing team of Chuck Jackson and Marvin Yancey in 1973. The next year they collaborated on some sessions that were recorded at Curtis Mayfield’s Curtom studios in Chicago. These helped her land a deal with Capitol, and she teamed with Jackson/Yancey for a string of hit albums and singles from 1975 until 1983. Such LPs as Inseparable, Natalie, Thankful, Unpredictable, and I Love You So yielded five number one R&B hits between 1975 and 1977. These included “This Will Be, “Inseparable,” “Our Love,” and “I’ve Got Love on My Mind.” In 1979, Cole explored another facet of recording by collaborating with soul singer Peabo Bryson. The resulting duet album We’re the Best of Friends went gold. She also released I Love You So that year and it went gold. She stayed with Capitol until 1983, then switched to Epic for her final album with the Jackson/Yancey tandem. She scored more hits with “Jump Start,” “I Live for Your Love,” and “Over You” in 1987, and “Pink Cadillac,” a cover of a Bruce Springsteen tune, in 1988, as she eased into another stylistic shift of focus.

Natalie Cole seemed headed for the legendary fame her father had achieved but those very demands her parents had referred to were taking a toll on her personal life and career. Despite her achievements she was plagued by self doubt. This coupled with her intense recording and touring schedule had led to a dependence on drugs. Just as other performance artists have found through the years, chemical dependency led to self-destruction as well as the destruction of live performances. Cole had basked in fan adoration and yet she felt she was not worthy of their praise and of her success. She told Richard Harrington of theWashington Post, “As my success escalated, so did the drug problem.” During this time Cole had bitter fights with her record company, and her relationships with her manager and other music professionals became strained. She remembered to Essence Her world crashed around her as album sales dropped, her performances were highly criticized, and her marriage disintegrated. She and Yancy separated in 1979, but he continued to produce her records.

By 1983 Cole’s career was in ruins and she was unable to go on. She made several unsuccessful attempts to overcome her drug addiction and her mother had been put in charge of her estate by the court. Maria Cole was also caring for Natalie’s son. In November of 1983 Cole entered the Hazelden drug-treatment center in Minnesota. It took her six months to recover. Later, she told Alan Carter in Redbook, “I will never get to that point again.”

An album Cole had recorded during this difficult period and right before entering Hazelden, I’m Ready, was released in 1983 despite her protests over the title. She felt it was at great odds with her physical and mental condition of the time. The album sales were disappointing at only 40,000 copies sold. After her release from the clinic she set about reestablishing her career, and regaining the approval of her fans. Her next release, Dangerous, was also disappointing although it had sales of almost 150,000 copies.

It was not until 1987 that Cole’s career reached the heights of success again. She had signed with a new label, and her LP Everlasting yielded three hit singles with “Jump Start,” “I Live For Your Love,” and “Pink Cadillac.” “Pink Cadillac” was rocker Bruce Springsteen’s song; Cole’s rhythm-and-blues treatment sent it into the top five of the charts in the United States and England.

On another positive note, Cole married record producer Andre Fischer in 1989 and became a stepmother to his three children. Cole also hosted a talent show, “Big Break,” helping new performers to break into the business.

In 1991, Cole released the career-defining album for which she is best known, Unforgettable… with Love. Her debut album with Elektra Records, Unforgettable pays tribute to her father, featuring many beautiful renditions of standards previously recorded by Nat King Cole. The album’s breakout single, “Unforgettable,” features a track dubbed over a previous Nat King Cole recording, as to create the sound of a father-daughter duet. The album sold more than 7 million copies and garnered several honors, including the coveted Grammy for album of the year.

The ’90s saw Cole release many other popular albums, including Snowfall on the Sahara and The Magic of Christmas (both released in 1999), an album of holiday standards recorded with the London Symphony Orchestra. Cole also launched her acting career before the end of the decade, appearing on television series of the time.

In 2001, Cole starred as herself in Livin’ for Love: The Natalie Cole Story, a TV-movie adaptation of her 2000 autobiography, Angel on my Shoulder. The book has been described as an exposé of the private struggle that accompanied Cole’s rise to fame. Also in 2000, Elektra released Natalie Cole: Greatest Hits, Vol. 1, an album highlighting the singer’s career.

Cole’s 2008 release, Still Unforgettable, was well-received, winning the singer yet another Grammy, this time for best traditional pop vocal album.

Natalie Cole passed away from congestive heart failure on December 31st, 2015. In a statement by her representative: “Natalie fought a fierce, courageous battle, dying how she lived… with dignity, strength and honor. Our beloved Mother and sister will be greatly missed and remain UNFORGETTABLE in our hearts forever.”