“To give someone a piece of your heart, is worth more than all the wealth in the world.”

Michael Joseph Jackson was the greatest musical icon the world had ever known.  From a young age, he was the lead singer of the first black boy band, before developing a solo career. Jackson is one of the few artists to have been inducted into the Rock and Roll Hall of Fame twice. He was also inducted into the Songwriters Hall of Fame and the Dance Hall of Fame as the first and only dancer from pop and rock music. His other achievements include multiple Guinness World Records, 13 Grammy Awards, the Grammy Legend Award, the Grammy Lifetime Achievement Award, 26 American Music Awards—more than any other artist—including the “Artist of the Century” and “Artist of the 1980s”, 13 number-one singles in the United States during his solo career,—more than any other male artist in the Hot 100 era—and estimated sales of over 400 million records worldwide. Jackson has won hundreds of awards, making him the most awarded recording artist in the history of popular music. He became the first artist in history to have a top ten single in the Billboard Hot 100 in five different decades when Love Never Felt So Good reached number nine on May 21, 2014. His album Thriller, is the best-selling album in history. Through stage and video performances, Jackson popularized a number of complicated dance techniques, such as the robot and the moonwalk, to which he gave the name. His distinctive sound and style has influenced numerous artists of various music genres. 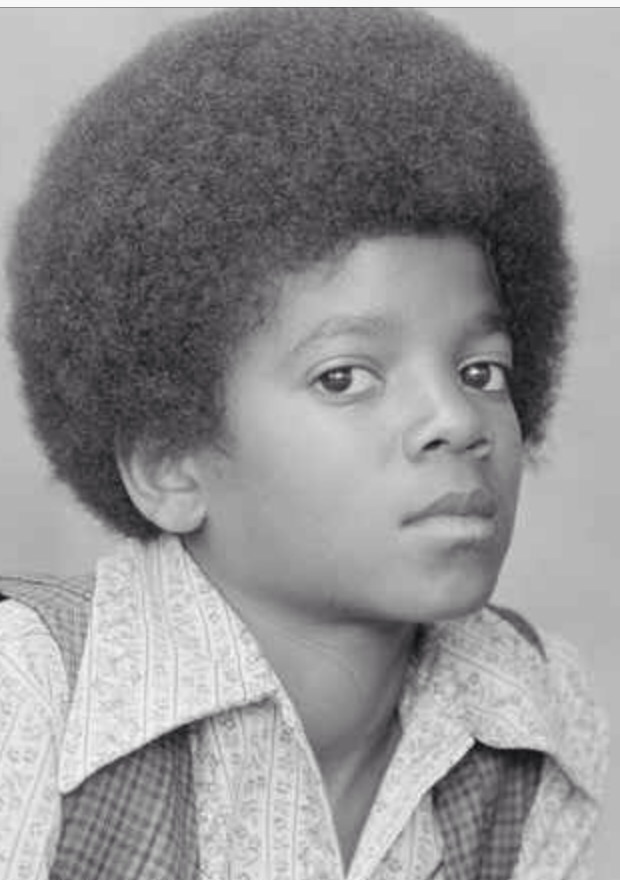 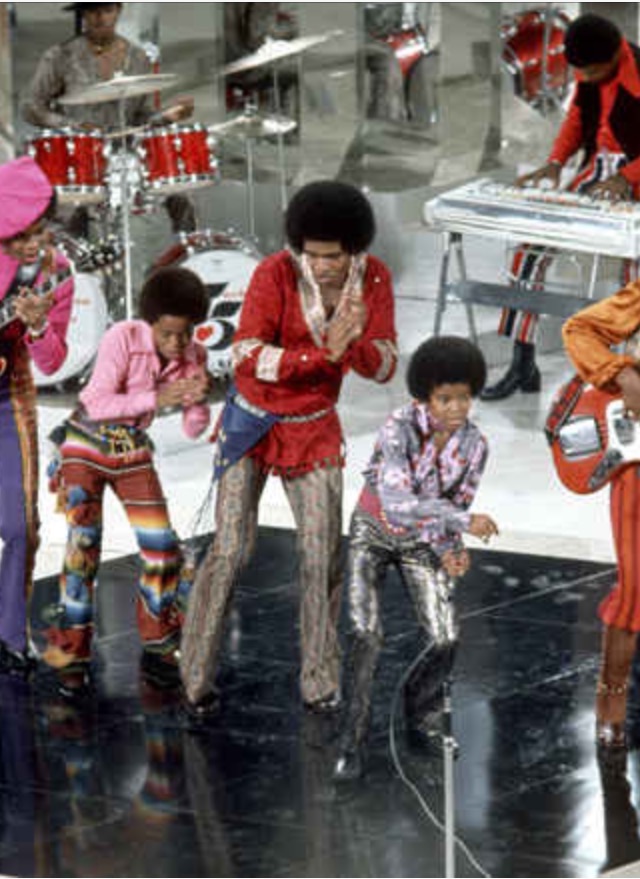 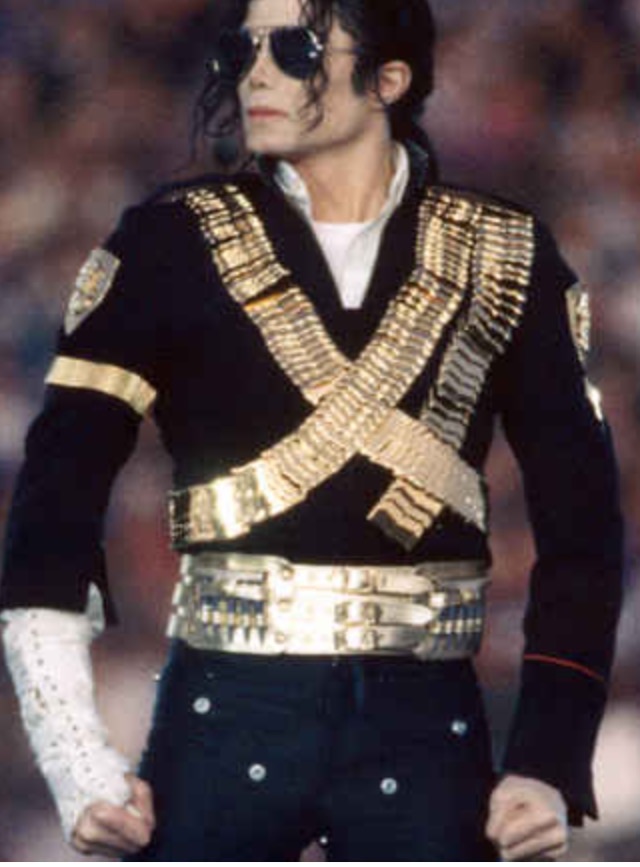 Michael Jackson was born on August 29, 1958. He was the eighth of ten children in an African-American working-class family who lived in a two-bedroom house in Gary, Indiana, on a street that was later renamed Jackson Boulevard in their honour. His mother, Katherine Esther Scruse, was a devout Jehovah’s Witness. She once aspired to be a country-and-western performer who played clarinet and piano, but worked part-time at Sears to help support the family. His father, Joseph Walter “Joe” Jackson, a former boxer, was a steelworker at U.S. Steel. Coached by his father, Michael and older brothers Jermaine, Marlon, Jackie and Tito formed a singing group. By the age of six, the young Jacksons were playing strip clubs and burlesque palaces – the only venues open to them in Gary.

Jackson had a troubled relationship with his father, Joe, who was a disciplinarian that ruled the family with an iron rod. The brothers, who were brought up as Jehovah’s Witnesses, were not allowed to visit friends, and were made to rehearse into the night. Jackson stated that he was physically and emotionally abused during incessant rehearsals, though he credited his father’s strict discipline with playing a large role in his success. In 2003, Joe acknowledged that he regularly whipped Jackson as a boy.

Tito claimed Michael’s dance routines evolved from the fancy footwork he employed dodging his father’s fists. In a 2003 TV interview, Joe claimed his son had exaggerated: “I whipped him with a switch and belt, [but] I never beat him. You beat someone with a stick.” He averred that the whippings had made him “one of the best artists in the world”. Joe also taunted him about his “ugliness” and adolescent skin problems, sowing self-doubt that later manifested itself in cosmetic surgery fixation.

In August 1967, while touring the East coast, the group won a weekly amateur night concert at the Apollo Theater in Harlem. In 1968 the group came to the attention of Motown Records. Motown president Berry Gordy said of his first glimpse of Michael: “He sang his songs with such feeling, inspiration and pain – like he had experienced everything he was singing about.” The Jackson Five’s first Motown single, I Want You Back, reached number one in America (as would their next three singles) in 1969. The youthful band were an instant hit with prepubescent girls. Jackson, the particular object of their desire, had just turned 11, and would never be able to walk down the street unrecognised again.

The band’s working life was brutal: when they were not in studios they were on tour, sometimes playing 45 shows in 90 days. As lead singer, Michael’s schedule was more onerous than that of his brothers. After three hours’ daily tutoring, he spent the rest of the day recording the 13 albums the Jacksons released for Motown between 1969 and 1975. The group became so popular that they even had their own self-titled cartoon show, which ran from 1971 to 1973.

At the age of 13, Jackson launched a solo career in addition to his work with the Jackson 5. He made the charts in 1971 with Got to Be There from the album of the same name. His 1972 album, Ben, featured the eponymous ballad about a rat. The song became Jackson’s first solo No. 1 single.

The group, now calling themselves The Jacksons (the “Five” having been dropped), eventually signed a new recording deal with Epic Records. With 1978’s Destiny, Michael Jackson and his brothers (which by now included younger brother Randy) emerged as talented songwriters, penning all of the record’s tracks.

In young adulthood, finally free of his father and of Motown, and working closely with Quincy Jones, Jackson came into his own. He met Jones while playing the Scarecrow in the 1978 film.  Though still committed in 1979 to the Jacksons for recording work, he put all his energies into Off the Wall. It featured an infectious blend of pop and funk with such hit tracks as the Grammy Award-winning Don’t Stop ’til You Get Enough, Rock with You, and the title track. He also found success with the ballad She’s Out of My Life, and transformed him from teen idol to major international superstar. Released just before his 21st birthday, it portended the dominance of R&B in the charts throughout the 1980s and 90s. It was the first American album to produce four No 1 singles, and sold 7m copies in America alone. The gruelling work schedule that exacted such a price during his childhood had also honed his musical skills, and he was at the top of his game.

Jackson’s 1982 album Thriller is the best-selling album of all time. His other albums, including Off the Wall (1979), Bad (1987), Dangerous (1991), and HIStory (1995), also rank among the world’s best-selling albums. Thriller was the one that broke all records and turned him into a phenomenon. No 1 for 37 weeks in the US, it went on to win eight Grammy Awards and sell an estimated 50m copies.

The photo of him on the cover of Thriller was the last album sleeve on which he looked what he was: a young male with perceptibly African-American features. Around that time, his skin colour began subtly to lighten. He claimed it was caused by the pigmentation disorder vitiligo, but rumours suggested he had bleached his skin. His features also began to be altered by plastic surgery. His nose slimmed down, a cleft appeared in his chin, his eyelids reputedly were lifted and his lips thinned.

As his appearance changed, rumours about his lifestyle proliferated. Jackson supposedly slept in an oxygen tent, clothed Bubbles in matching outfits, and offered to buy the Elephant Man’s bones. He began to appear in public wearing a surgical mask, and seemed to be asexual, with no significant relationships during his 20s.

That changed in 1994, when he married Elvis Presley’s daughter, Lisa Marie, a union that lasted two years and excited a great deal of speculation. The year before, Jackson had been accused of sexually molesting a 13-year-old boy, tipping him into the worst crisis of his personal and professional life to that point. He eventually settled out of court, paying the boy millions in return for dropping the case, but his career never quite recovered. It was rumoured that the marriage was an attempt to normalise his image. Instead, he seemed all the stranger.

His second marriage, to his dermatologist’s nurse, Debbie Rowe, in 1996, was equally perplexing to everyone but the couple themselves. They seemed to spend little time together, but Rowe produced his first two children, son Prince Michael and daughter Paris. They divorced in 1999. A third child, Prince Michael II, was born with the aid of a surrogate mother. Despite Jackson’s great affinity with children, his behaviour with his own was eccentric.

He forced them to wear masks or veils whenever they appeared in public, supposedly to preserve their privacy; a few photos exist of the children without their cover-ups, and their lack of a physical resemblance to Jackson is marked.

Jackson’s next studio albums, HIStory and Invincible (the latter, released in 2001, was his last album of original material), were chart-topping hits, though by then he was treading water musically. Despite the enormous influence he had had on pop, hip hop and R&B, by the late 90s he was producing nothing of much note.

Jackson’s final years were marked by financial troubles and a second, even more damaging, child-abuse scandal.  In 2005, he was tried and acquitted of further child sexual abuse allegations and several other charges after the jury found him not guilty on all counts. Despite the innocent verdict, it was essentially downhill from there. He moved to Bahrain and embarked on the ill-fated album;  back in America, his finances were in a tangle that kept the lawyers busy. He had lived beyond his means for years, and was also coming up against the matter of a $270m loan from Bank of America that he found difficult to repay. The title to his beloved Neverland ranch, vacant and crumbling since the move to Bahrain, hung in the balance. Restructuring his debt, he hung onto the ranch by the skin of his teeth.

While preparing for his comeback concert series titled This Is It, Jackson died of acute propofol and benzodiazepine intoxication on June 25, 2009, after suffering from cardiac arrest. The Los Angeles County Coroner ruled his death a homicide, and his personal physician, Conrad Murray, was convicted of involuntary manslaughter. Jackson’s death triggered a global outpouring of grief, and a live broadcast of his public memorial service was viewed around the world.

Forbes currently ranks Jackson as the top-earning dead celebrity, a title held for a fifth consecutive year, with $140 million in earnings.