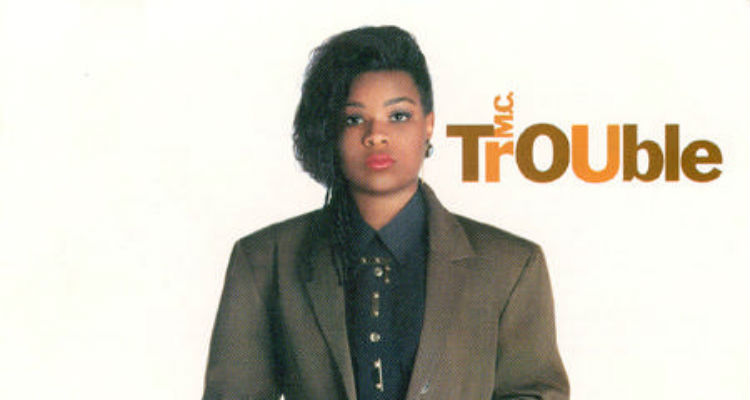 MC Trouble was a rap artist, and the first female rapper signed to Motown Records. She seemed destined for a promising career until she died of an epileptic seizure in 1991, at only 20 years old.

Born LaTasha Sheron Rogers, she hit the charts soon after her signing, with the song “(I Wanna) Make You Mine“ featuring The Good Girls, released May 25, 1990. Make You Mine peaked at #15 on the Billboard Magazine’s Hot Rap Songs charts. The title track of her debut album Gotta Get a Grip was released as a second single on September 14, 1990. Gotta Get a Grip showed promise as a mix of hardcore rap and more commercial R&B.

Rogers was born with epilepsy and received daily treatment to prevent seizures. In 1991, she was in production for her second album when she died in her sleep on June 4, 1991,  while at the home of a friend in Los Angeles shortly after suffering an epileptic seizure which resulted in heart failure.

The posthumous single Big Ole Jazz was released in 1992 and appeared on the House Party 2 soundtrack resulted in a second & final hit on Billboard’s rap singles chart. Her passing made a deep impact on the burgeoning hip-hop scene, and she earned shoutouts from A Tribe Called Quest’s Q-Tip and Nefertiti. The song Vibes and Stuff by A Tribe Called Quest off their album The Low End Theory was dedicated to MC Trouble. Her dedication is mentioned several times throughout the track.