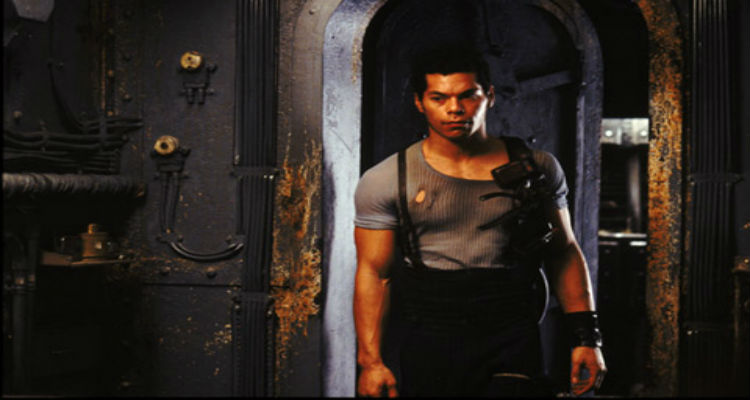 Marcus Chong (born Marcus Wyatt July 8, 1967) is an African American actor. His best-known roles are Huey P. Newton in Panther (1995), directed by Mario Van Peebles, and Tank the Operator in The Matrix (1999).

Chong was born Marcus Wyatt in Seattle, Washington to an African American father and a Chinese American mother. His father, Martin Wyatt, was a sports reporter in San Francisco for KGO-TV. Chong was adopted in 1978 by Tommy Chong and his second wife Shelby Fiddis.

Chong began acting at age nine. His first role was portraying the young Frankie Warner in the 1979 miniseries Roots: The Next Generations (1979). Wyatt was a guest star inLittle House on the Prairie, in “Blind Journey” part 2.

Chong originated the role of student Lee Cortez in the Broadway production of Stand-Up Tragedy, written by Bill Cain which opened at the Criterion Center Stage Right and closed in October 1990 after 13 performances. The short-lived role never-the-less earned him a 1991 Theatre World Award; he was also nominated Drama Desk Award for Outstanding Featured Actor in a Play.

In 1999, Chong appeared as Tank the Operator in The Matrix. In May 2003 Chong filed a lawsuit at Los Angeles Superior Court against Warner Bros and AOL Time Warner, saying Warner was in breach of a 1998 verbal agreement, and a 2000 contract to continue the character of Tank in the film’s two sequels. It was reported that a breakdown in talks caused by his salary demands, prompted The Wachowskis to write Chong’s character out of the second and third films in the series.

In 2001, Chong appeared in Season 3 of the TV series Law & Order: Special Victims Unit (“Inheritance”). More recently he had a role in season 4 of Burn Notice.