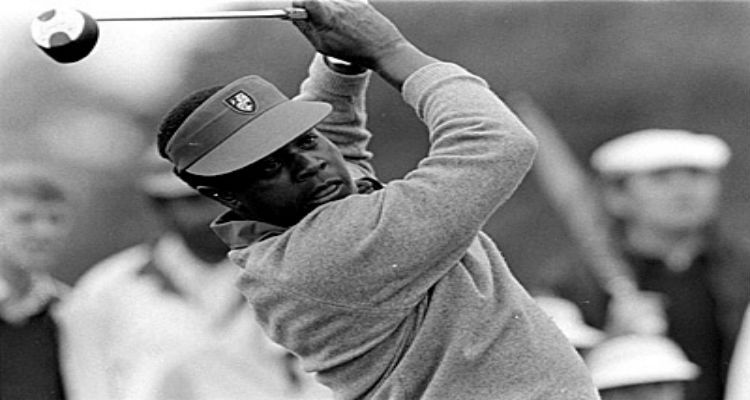 Robert Lee Elder is an American professional golfer, who is best remembered for becoming the first African-American to play in the Masters Tournament in 1975 and breaking the last great sports barrier in the United States.

Elder was born on July 14, 1934 in Dallas, Texas,  the youngest of eight children, He lost both his parents by the age of seven. His father died in WWII. News of his father’s death came in the form of a telegram from the War Department. His mother collapsed when she read it and died less than a month later. By the time he turned nine he knew that golf was all he wanted out of life. One of his older brothers had got a job at a golf course. “Every night he would come in, he’d take quite a bit of money out of his pocket and lay it upon the table and I was saying, ‘Gee, I’ve got to try and see if I can make me some money.'”

Elder tried to get a job as a caddy, but he was so small he couldn’t carry the bags. So instead, the golf pro hired him to collect stray balls until he was big enough to start caddying. As a young caddie making $4 a day, he was the breadwinner in a house headed by his oldest sister. His first golf club was given to him by a man he caddied for and his first shots were practiced in an empty field across the road from the course where he worked. Elder became an accomplished golfer who eventually attracted the attention of hustler and con artist “Titanic” Thompson. Using Thompson’s financial backing, Elder began playing in tournaments while honing his skills in the game and developing the ability to succeed under pressure. 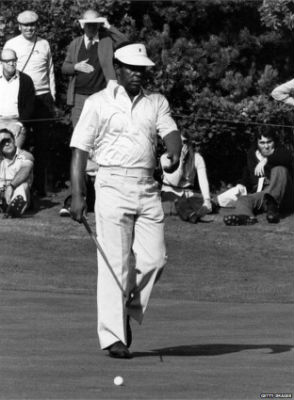 Eventually, Elder met Ted Rhodes, a legendary player in the United Golf Association. The UGA was golf’s equivalent of the Negro Leagues in baseball. Rhodes became Elder’s mentor and helped him to get his first full set of golf clubs. The year was 1958, and Elder was 24. Elder joined the all-Black United Golfers Association (UGA) in 1959 and began the domination of the Association that would last for nearly eight years. He won four African-American National Open Championships and during one period in 1966 Elder won an astonishing 18 of the 22 tournaments he played in. This success enabled Elder to earn the required $6,500 he needed to enter the 1967 qualifying school for the PGA Tour. He qualified easily.

Elder was 33 when he finally joined the PGA and 40 when he first played in the Masters. He also broke another color barrier. In 1971 Elder became the first Black golfer invited to play in the South African PGA Tournament. His participation in that event made this the first integrated sports event in South Africa since the establishment of the official Apartheid policy in 1948.

In 1975, Elder became the first African American to play in the Masters, the most prestigious tournament in golf. Leading up to the tournament he received substantial amounts of hate mail. Fearing for his safety, during the week of the tournament he rented two houses in town and kept moving between them, and always had people around him when he went to eat. Elder missed the qualifying round in the tournament, but his entrance was an African American milestone covered by almost every major magazine and news program in the country. 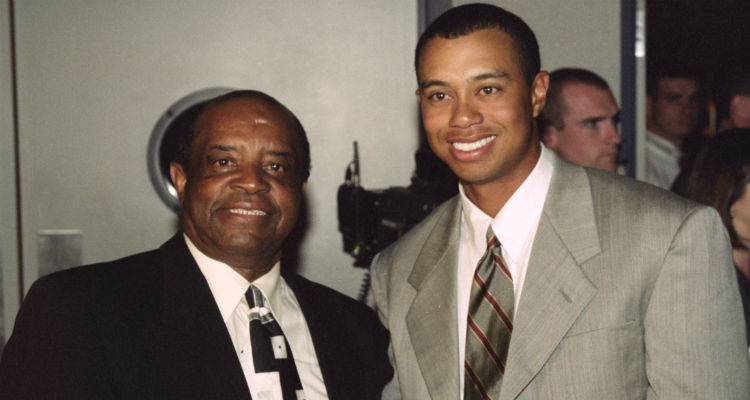 Elder played in five more Masters, won three PGA tournaments, and was named to the 1979 Ryder Cup Team. In 1984 at the age of 50, Elder joined the Senior PGA Tour. Elder had a combined 12 tournament victories on the PGA and Senior Tours, earning more than $1 million on each tour.

Elder and his wife set up the Lee Elder Scholarship Fund in 1974. This fund was developed to offer monetary aid to low-income young men and women seeking money for college.  In 1990, Elder spoke out against country clubs that still excluded Blacks from membership. Elder has actively promoted Summer Youth Golf Development Programs, raised money for the United Negro College Fund, and served on the advisory boards of Goodwill Industries.