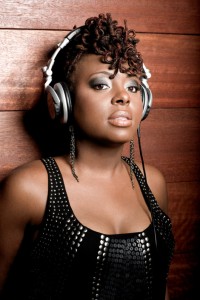 She was raised in the New Orleans, Louisiana area until moving to Oakland, California while still a child. She grew up in a musical family; her mother, Nyra Dynese, sang in a local band called Coronava, and her stepfather, Joseph Pierce III, was a drummer. Her biological father is Larry Saunders, a Soul singer and musician who was most active in the 1970s. She’s also the granddaughter of the late Blues singer Johnny Ace. Ledisi began performing at a very young age, and even wrote her first song at the age of 4. As a teenager, she became president of her high school Gospel choir.

In 1995, Ledisi formed the group known as Anibade. After unsuccessfully trying to get the group signed to a major label she managed to release a heavily Jazz-influenced independent album on her own label, LeSun Records with Sundra Manning. The group played mostly in the San Francisco Bay area as a regional act. Ultimately, Ledisi pursued a solo career. Her second studio album was also independently released, but prior to her third album in 2007, she signed with the Verve Forecast label, which is mostly known for its roster of smooth Jazz artists. 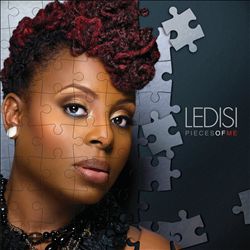 It wasn’t until her 2009 album, Turn Me Loose that Ledisi fully embraced R&B/Soul music. The album, her fourth, managed to make it as high as No. 14 on the Billboard albums chart, eclipsing her third album, Lost & Found, which was nominated for two Grammys but only reached No. 78 on the albums chart. Turn Me Loose which was also nominated for two Grammys, helped increase her R&B profile significantly. Her fifth studio album, and fourth release for Verve Forecast, including a 2008 Christmas album, was released in June 2011.

“Ledisi means to come here, to bring forth. It’s a Nigerian word and it’s from the Yorubu culture, I believe, and my parents named me, my dad and my mom, and really my dad, and I had no choice in that. That’s my real name and that’s what it means.” — Ledisi, to Jazz Monthly.com, November 2007. 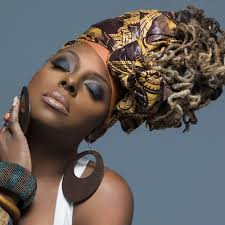 You must act as if it is impossible to fail.