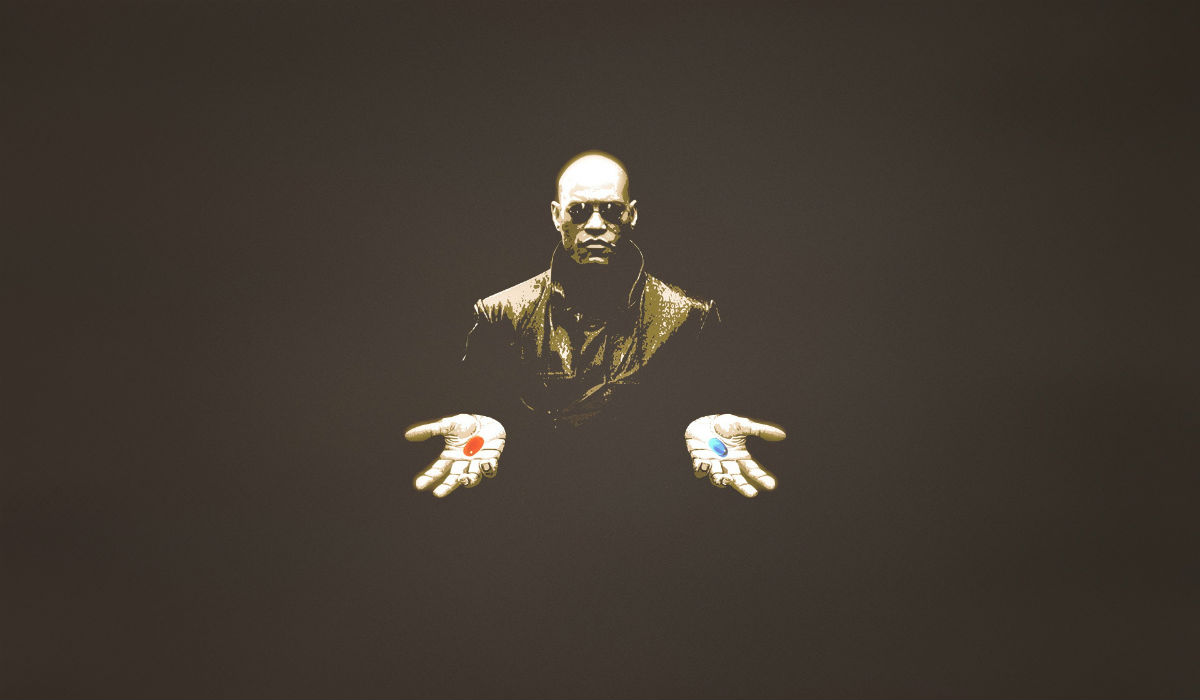 [dropcap size=small]L[/dropcap]aurence John Fishburne III is an African American actor, playwright, director, and producer. Fishburne is perhaps best known for his roles as Morpheus in The Matrix trilogy and Jason “Furious” Styles in the 1991 film Boyz n the Hood.

Fishburne became the first African-American to portray Othello in a motion picture by a major studio when he appeared in Oliver Parker’s 1995 film adaptation of the Shakespeare play. For his portrayal of Ike Turner in What’s Love Got to Do With It, he was nominated for an Academy Award for Best Actor. He won a Tony Award for Best Featured Actor in a Play for his performance in Two Trains Running (1992), and an Emmy Award for Drama Series Guest Actor for his performance in TriBeCa (1993).

Fishburne has starred in several cult classics, including Deep Cover, and King of New York. From 2008 to 2011, he starred as Dr. Raymond Langston on the CBS crime drama CSI: Crime Scene Investigation. In 2013, he portrayed Perry White in the Zack Snyder-directed Superman reboot Man of Steel and stars as Special Agent Jack Crawford on the NBC thriller series Hannibal. 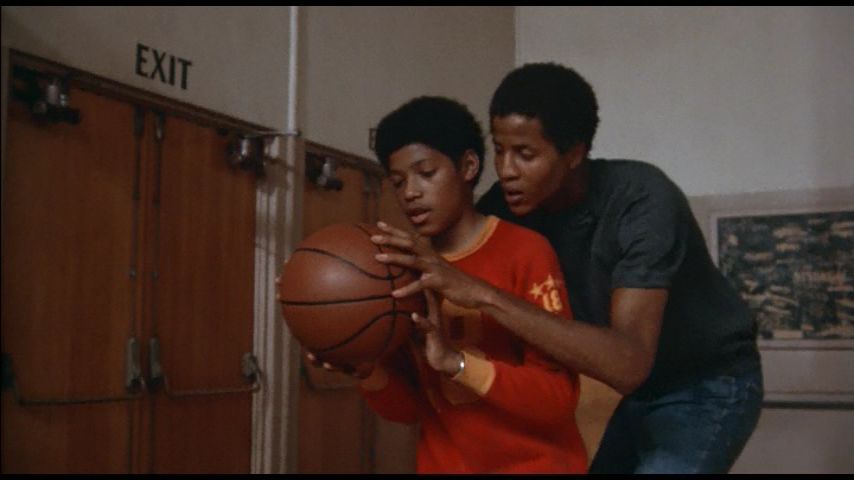 Laurence John Fishburne III (“Fish” to his friends and colleagues) was born in Augusta, Georgia on July 30, 1961, to Hattie Bell (Crawford), a teacher, and Laurence John Fishburne, Jr., a juvenile corrections officer. After his parents divorced, his mother later moved the family to Brooklyn, NY, which Laurence considers his hometown. At the age of 10, he appeared in his first play, In My Many Names and Days, at a cramped little theater space in Manhattan. Billing himself as Larry Fishburne during this early phase, he never studied or was trained in the technique of acting. In 1973, at the age of 12, Fishburne won a recurring role on the daytime soap One Life to Live (1968) that lasted three seasons. He made his film debut in the movie Cornbread, Earl and Me in 1975. At 14 Francis Ford Coppola cast him in Apocalypse Now (1979), in which he played Tyrone Miller, a cocky 17-year-old Gunner’s Mate 3rd Class from the Bronx, nicknamed Mr. Clean. Fishburne lied about his age to get the part, and filming took so long that he was actually 17 years old upon its completion. Fishburne didn’t work for another year and a half after that long episode. A graduate of Lincoln Square Academy, Coppola was impressed enough with Laurence to hire him again down the line with featured roles in Rumble Fish (1983), The Cotton Club (1984), and Gardens of Stone (1987). 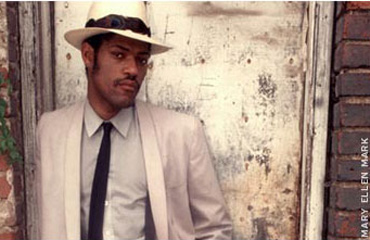 Fishburne spent much of the 1980s in and out of television and periodically on stage. He had a minor role in the critically acclaimed Steven Spielberg film The Color Purple, and a role in the 1984 movie The Cotton Club. He also had a recurring role as Cowboy Curtis on Paul Reubens’ CBS children’s television show Pee-wee’s Playhouse (credited as Larry Fishburne).

With the new decade (1990s) came out-and-out stardom for Fishburne. A choice lead in John Singleton’s urban tale Boyz n the Hood (1991) catapulted him immediately into the front of the film ranks. Set in LA’s turbulent South Central area, his potent role as a morally minded divorced father who strives to rise above the ignorance and violence of his surroundings, Laurence showed true command and the ability to hold up any film. On stage, he would become invariably linked to playwright August Wilson and his 20th Century epic African-American experience after starring for two years as the eruptive ex-con in Two Training Running. For this powerful, mesmerizing performance, Fishburne won nearly every prestigious theater award in the books (Tony, Outer Critics Circle, Drama Desk and Theatre World). It was around the time of this career hallmark that he began billing himself as “Laurence” instead of “Larry.” More awards and accolades came his way. In addition to an Emmy for the pilot episode of the series Tribeca, he was nominated for his fine work in the quality mini-movies The Tuskegee Airmen (1995) and Miss Evers’ Boys (1997). 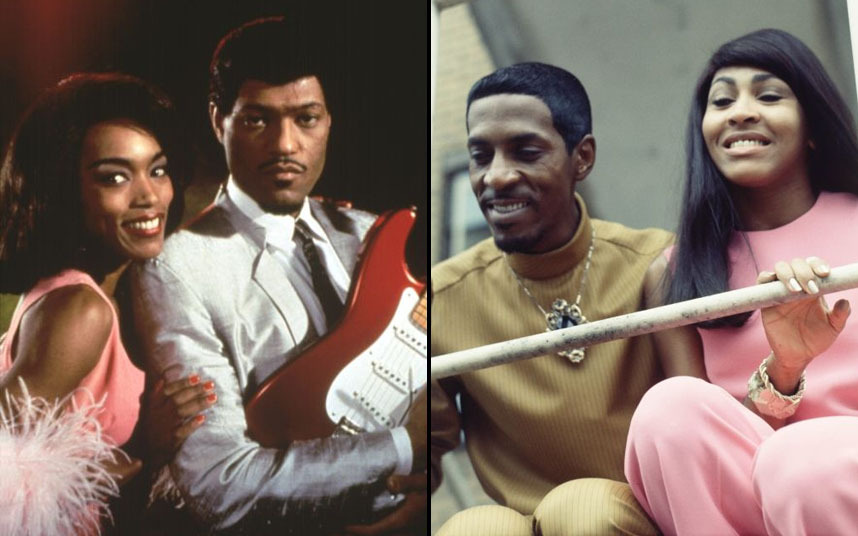 For the big screen, in 1993, he received his first Oscar nomination for his portrayal of Ike Turner in What’s Love Got to Do With It. Fishburne won an Image Award for “Outstanding Supporting Actor in a Motion Picture” for his performance as West Indian Professor Maurice Phipps in the 1995 American drama ensemble film, Higher Learning. He played the title role in Othello, the second African-American actor, after Paul Robeson, to perform the role. In 1997, Fishburne starred in the science fiction horror Event Horizon alongside Sam Neill. Fishburne is perhaps best known for his role as Morpheus, the hacker-mentor of Neo, played by Keanu Reeves, in the 1999 blockbuster science fiction film The Matrix. He wisely returned for its back-to-back sequels.

Into the millennium, Fishburne extended his talents by making his screenwriting and directorial debut in Once in the Life (2000), in which he also starred. The film is based on his own critically acclaimed play Riff Raff, which he staged five years earlier. He continued to appear in a variety of interesting roles in not-always-successful films. A few of his more notable parts include a dogged police sergeant in Clint Eastwood’s Mystic River (2003); a spelling bee coach in Akeelah and the Bee (2006); and prominent roles in the mainstream films Predators (2010) and Contagion (2011). He returned occasionally to the theatre. In April 2008, he played Thurgood Marshall in the one-man show Thurgood and won a Drama Desk Award. It was later transferred to the screen. 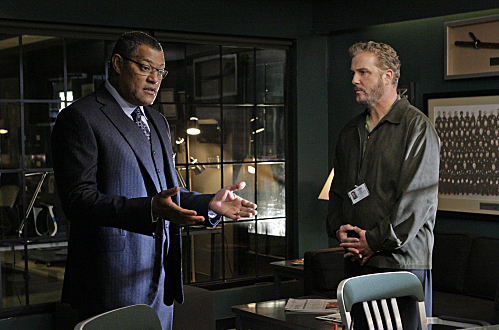 In the fall of 2008, Fishburne replaced William Petersen as the male lead investigator on the popular CBS drama CSI: Crime Scene Investigation , but left the show in 2011 to refocus on films and was in turn replaced by Ted Danson. Since then Fishburne has appeared in the Superman film Man of Steel (2013) as Daily Planet chief Perry White.

In September, 2002 he married the actress Gina Torres with whom he had his third child, daughter Delilah. He is the father of two children, Langston and Montana, with his first wife Hajna Moss.

He is often mistaken for Samuel L. Jackson and vice versa. According to Jackson, they’ve stood right next to each other, and people still call them by the wrong names.

In the early 1980s, he worked as a bouncer at punk rock clubs.

A founding member of the Guggenheim Motorcycle Club, a group that arranges rides to art museums around the world.

“Ray Langston”, his character on CSI: Crime Scene Investigation (2000), is taken from the name of his oldest son.

Was 14 years old when he was cast in Francis Ford Coppola’s Apocalypse Now (1979); he celebrated his 15th and 16th birthdays during the making of the film. Saved Emilio Estevez from being sucked under by quicksand, while they were relaxing off the set.