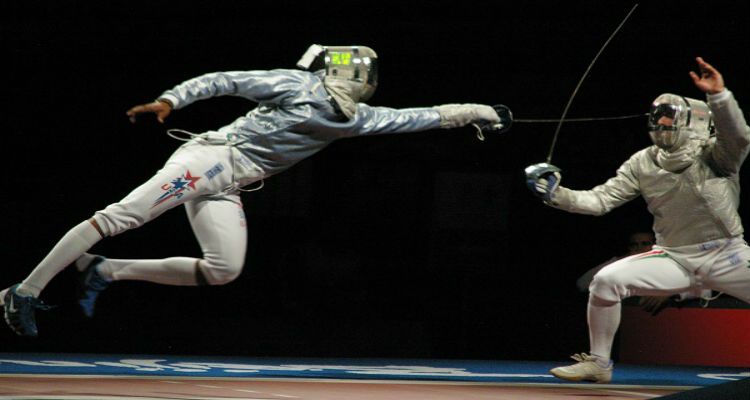 Keeth Thomas Smart is an African American fencer who became the first American to gain the sport’s #1 ranking for males. He received a silver medal at the 2008 Olympic Games in Beijing. 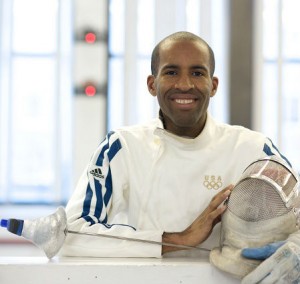 Smart was born on July 29, 1978, in Brooklyn, New York. His parents were Thomas R. Smart Jr. (a production manager and later an economist) and Liz Smart (a teacher). At the age of 14 his parents made him choose between the more traditional sports he was involved with and fencing. Smart and his younger sister Erinn began to learn fencing at the Peter Westbrook Foundation, whose founder, Olympic sabre bronze-medalist Peter Westbrook, was his mentor.

Smart attended Brooklyn Technical High School and graduated from St. John’s University in New York, majoring in finance. He received his MBA from Columbia University in 2010 and now works at a major bank.

During college, he was the NCAA sabre champion in 1997 and 1999, and took second place in 2001. He was a member of the 1999 Pan American Games bronze medal team. He has competed in three Olympic Games. In the individual Olympic men’s sabre competition, he placed 30th in the 2000 Olympic Games, 15th in 2004, 4th in the team event, 6th in 2008, and he won the silver medal in the team event. His sister Erinn also earned a silver medal at the 2008 Olympics.

In 2002 and 2004, Smart won the US national sabre championship. In 2003, he became the first American to be named the top-ranked fencer internationally.

Smart married Shyra (Cooper) Smart on May 27, 2007 in Chapel Hill, North Carolina. They live in Brooklyn, NY with their daughter, Taylor Smart. Keeth and his sister, Erinn, are actively involved in the Peter Westbrook Foundation in New York.

If You Know Her by Kwame Dawes

Bernice Johnson Reagon: Founder of Sweet Honey in the Rock