Edward Rudolph “Ed” Bradley, Jr. was born on June 22, 1941. His parents separated soon after he was born. His father moved to Detroit, Michigan, where he owned a vending-machine business and a restaurant. Bradley lived with his mother in Philadelphia, Pennsylvania, and spent part of each summer with his father. 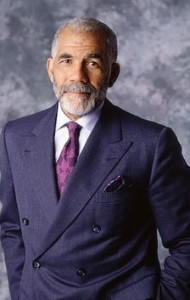 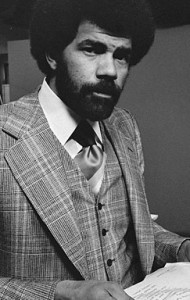 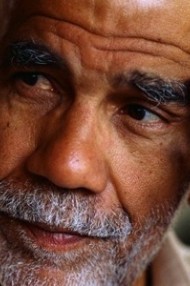 “We were poor, but there was always food on the table. I was raised by people who worked 20-hour days at two jobs each…. I was told ‘You can be anything you want, kid.’ When you hear that often enough, you believe it.”

When he was 9, his mother enrolled him in the Holy Providence School, an all-black Catholic boarding school run by the Sisters of the Blessed Sacrament at Cornwells Heights, Pennsylvania. He attended Mount Saint Charles Academy, in Woonsocket, Rhode Island. He graduated in 1959 from Saint Thomas More Catholic Boys High School in West Philadelphia and then another historically black school, Cheyney State College (now Cheyney University of Pennsylvania) in Cheyney, Pennsylvania, graduating in 1964 with a degree in education. His first job was teaching sixth grade at the William B. Mann Elementary School in Philadelphia’s Wynnefield community. While he was teaching, he moonlighted at the old WDAS studios on Edgley Drive in Philadelphia’s Fairmount Park, working for free and, later, for minimum wage. He programmed music, read news, and covered basketball games and other sports. He got the chance to cover his first hard news story when rioting broke out in north Philadelphia and WDAS found itself short-staffed.

“It must have been about two o’clock in the morning…. I was coming out of a club and turned on the radio, ” Bradley related to Tony Vellela in the Christian Science Monitor. “I heard Gary Shepard reporting on this rioting that was going on.” Bradley proceeded to the station to get a tape recorder and an engineer. “For the next 48 hours, without sleep, I covered the riots…. I was getting these great scoops…. And that kind of hooked me on the idea of doing live stuff, going out and covering the news.”

Bradley proved himself a capable newsman, and the station began paying him a small salary. In 1967 he moved to WCBS, an all-news CBS Radio affiliate in New York City. He worked there for three and a half years before restlessness prompted him to take a vacation in France. “I decided that I was born to live in Paris, ” he told Strong. After quitting his $45, 000-a-year job and moving to the French capital, he planned to “write the great American novel, ” according to McMurran. “I didn’t go to Paris for a career, ” Strong quoted him as saying, “I went to Paris for my life.” Bradley wrote poetry and enjoyed the cultural life of the city until he ran out of money. He subsequently took the only opportunity that would allow him to stay in Paris, becoming a stringer for CBS’s Paris bureau where peace talks between the United States and North Vietnam were in progress. Paid by the story, Bradley was able to earn a modest living covering the conference. “If they held the talks, I made the rent money, ” he told Strong. “I remember once when the talks were suspended for 13 weeks and I got a check for $12.50. But I managed to survive.”

After a year, the journalist decided he wanted to get back into the news business full time. “My ego wouldn’t let me be part time, ” he admitted in People. He noted in Playboy, “I decided I was either going all the way in or getting out, ” and became a war correspondent in Indochina for CBS-TV. He spent most of the next three years in Vietnam and Cambodia and was wounded in a mortar attack on Easter Sunday in 1973. Reassigned to Washington, D.C., in 1974, the journalist returned to Vietnam in 1975 to report on the end of the war.

After other assignments Bradley covered Jimmy Carter in his 1976 campaign for the presidency. After the election CBS assigned him to its Washington, D.C., office where he became the first African American to be a White House correspondent (reporter). Even though it was a very important position, Bradley hated it. It required him to be in a small office, doing the same things day after day. He wanted action.

From that time until 1981, Bradley also served as the anchor (main newscaster) for the CBS Sunday Night News and also as principal correspondent for CBS Reports. In 1981 he replaced Dan Rather as a correspondent for the weekly news program 60 Minutes.

Bradley’s presence changed the chemistry of 60 Minutes, with the substitution of his sensitive, compassionate approach to interviewing and reporting for Rather’s more aggressive, sometimes pugnacious tactics. Aware that television audiences are notoriously fickle, Bradley felt that if ratings slipped, he would get the blame, however viewers seemed to accept him readily.

Coworkers and critics alike have pointed out Bradley’s ability to establish a rapport with his subjects. Mike Wallace remarked that Bradley’s approach is “instinctive—he has no idea how he does it.” Bradley himself resists analyzing his style; he remarked to Townley, “I’d rather not think about it and just go out and do it, and it will come naturally.”

A correspondent for 60 Minutes for 26 years, Bradley became one of the most visible African Americans on network television news. His distinctive body of work were recognized with numerous awards, including 20 Emmys, the latest for an interview with astronaut Neil Armstrong.

Mr. Bradley had more than 60 segments broadcast on 60 Minutes — more than any other correspondent. “And he kept track,” said Jeff Fager, the program’s executive producer. He did over 500 stories, covering nearly every possible type of news, from “heavy” segments on war, politics, poverty, and corruption, to lighter biographical pieces, or stories on sports, music, and cuisine. Bradley’s favorite segment on 60 Minutes was when, as a 40-year-old correspondent, he interviewed 64-year-old singer Lena Horne. He said, “If I arrived at the pearly gates and Saint Peter said, ‘What have you done to deserve entry?’ I’d just say, ‘Did you see my Lena Horne story?'”

But Mr. Bradley’s life off camera was often as rich and compelling as his life in the studio. Having begun his broadcast career as a disc jockey in Philadelphia, Mr. Bradley was an enormous fan of many forms of music — particularly jazz and gospel. He counted the musicians Wynton Marsalis, Aaron Neville and George Wein among his friends and made regular pilgrimages to the New Orleans Jazz and Heritage Festival. At his death, he was also the host of “Jazz at Lincoln Center Radio With Ed Bradley,” broadcast weekly on 240 public radio stations.

Bradley died on November 9, 2006, at Mount Sinai Hospital, in Manhattan of complications from lymphocytic leukemia. He was 65 years old.

Disappointment is written especially for women. A woman’s life is rooted in overcoming sorrow, so you have to wear the garment that is cut out of the cloth of patience.