Diana Ernestine Earle Ross, born March 26, 1944, in Detroit, Michigan, rose to fame as a founding member and lead singer of the vocal group The Supremes, and then found success as a solo artist and actress. Ross, an accomplished performer, began singing in a group with friends Mary Wilson, Florence Ballard, and Barbara Martin as a teenager. Martin eventually dropped out, but the remaining members of the group went on to become the internationally successful 1960s R&B and pop trio, the Supremes (which was later Diana Ross and the Supremes). 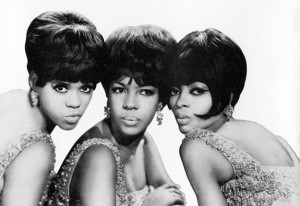 Diana Ross left “The Supremes” on January 14, 1970 to start a solo career. During the 1970s through the mid-1980s, Ross was among the most successful female artists. By 1980 she has sold more than 100 million records.  Four years earlier she was named “Female Entertainer of the Century” by Billboard magazine.

After her continuing success as a singer Ross began an acting career in film and on television and Broadway. In 1972 she received a nomination for “Best Actress” from the Academy Awards for her role in Lady Sings the Blues, where she played Billie Holiday. She did not win that award; however, she did win a Golden Globe Award for her performance. Ross went on to star in several more films, including Mahogany (1975) and The Wiz (1978). Ross also won a Tony Award for her one-woman show, An Evening with Diana Ross.

The next decade started out on a strong note for Ross with her album Diana (1980), which contained the hits “Upside Down” and “I’m Coming Out.” 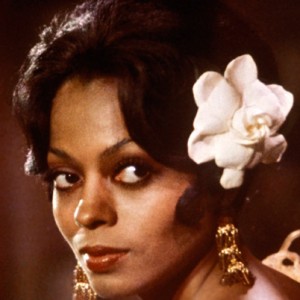 In the 1990s, Ross made several appearances on the small screen the 1994 television movie, Out of Darkness and Double Platinum (1999),

Despite her personal and professional ups and downs, Ross has withstood the test of time as a performer with a career that spans more than four decades. She has won several major awards, including a Golden Globe, a Tony Award, and several American Music Awards. Ross was inducted into the Rock and Roll Hall of Fame in 1988 as part of the Supremes.

She continues to delight her fans with new recordings, such as 2006’s I Love You, a collection of love songs. She was awarded for her hard work again in 2007, when she was presented with Black Entertainment Television’s Lifetime Acheivement Award and a John F. Kennedy Center for the Performing Arts Honors Award.

“You never find yourself until you face the truth. “