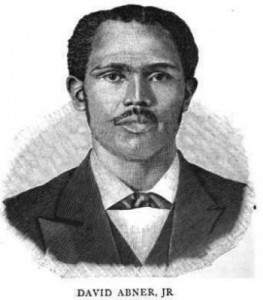 David Abner, Jr. was the first Black person to graduate from a Texas institution of higher learning.

Abner was born in Upshur County, Texas, on November 25, 1860, the son of David Abner, Sr. After attending public schools and studying classics at Straight University in New Orleans, Louisiana, he went to Fisk University in Nashville, Tennessee, in 1877. While he was at the university, one of his compositions in Greek was placed on display at the Nashville exposition. 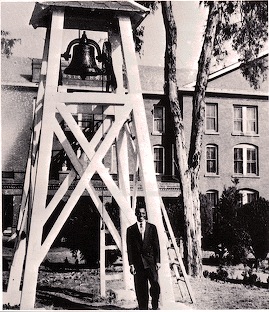 Abner became the first Black person to graduate from a Texas institution of higher learning when he received his degree from Bishop College in 1881.

After graduation, he became a professor for the Baptist Home Mission Society of New York. In 1883 he was chosen as a delegate to the National Convention of Black Men in Louisville, Kentucky. He served as a Baptist minister, as corresponding secretary for the Baptist State Convention of Texas, and as editor of the Baptist Journal and two other newspapers. Abner was president of Guadalupe College from its founding until 1905, when he became president of Conroe College. He lectured, wrote, and traveled until 1917, when he left the college to head the National Baptist Convention Theological Seminary at Nashville. He was among the founders of the Odd Fellows Lodge in Texas, and a District Grand Master of the organization in Texas, New Mexico, and Arizona.

Abner married Ella Wheeler, with whom he had two children. He died on July 21, 1928.

I see a queen

Frank Bailey: One of the UK’s first Black Firefighter