“You see, I know my history and my heritage. The Confederacy is neither the only legacy of the south nor an admirable one. The southern heritage I embrace is the legacy of a people unbowed by racial oppression.” 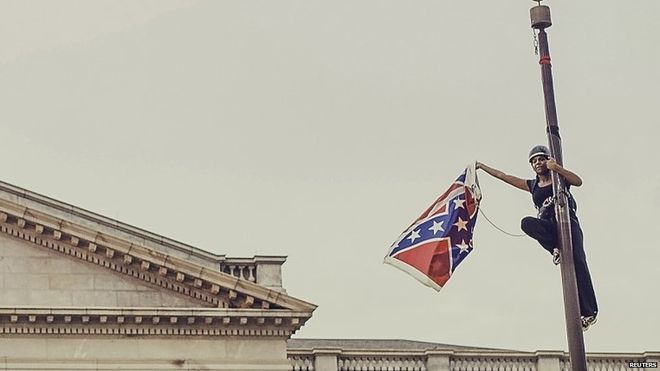 On June 27, 2015, Brittany “Bree” Newsome, an activist and community organizer, climbed up a flagpole on the South Carolina state house grounds determined to take down the confederate flag flying there. By the time she climbed down and was quickly arrested by state police, she had become a ‘superhero’ and has been called “courageous.” The act of civil disobedience by Newsome and spotter James Ian Tyson sparked an outpouring of support on social media sites. The hashtags #freebree, #freejames, #takeitdown and #keepitdown started trending on Twitter as soon as Newsome started descending the 30-foot pole, grasping the Confederate flag in her hand. 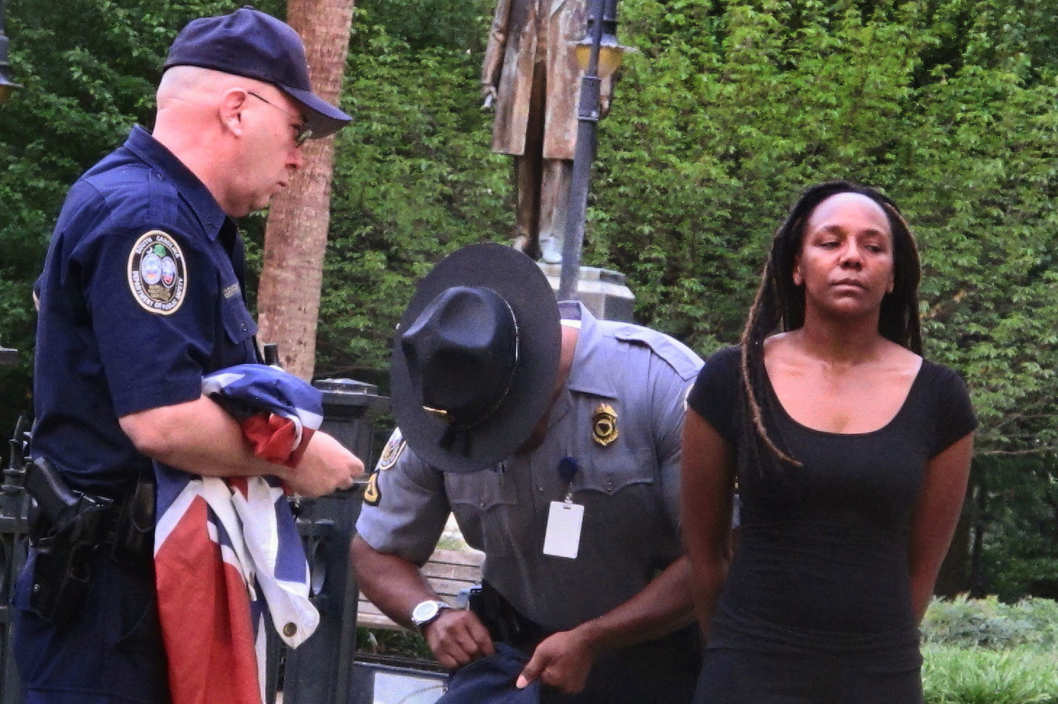 Newsome and Tyson were arrested and charged with “defacing a monument,” an offense that is punishable by a maximum of three years in jail and $5,000 (£3,173) fine. Supporters quickly started petition to free the activists and convince authorities to drop the charges. About 4,000 people donated to an Indiegogo campaign “Bail for Bree Newsome” which raised more than $112,000. Newsome and Tyson were later freed on bond.

Multitude of drawings in support of Newsome taking down the flag appeared on Twitter, some depicting her as a superhero while others suggesting that her image should grace the $10 note (The US Treasury Department is currently redesigning the note and has said that a woman will be depicted on the front.)

In a statement posted on Blue Nation Review, Newsome said that the racially motivated massacre in a Charleston church on June 17, which left nine people dead, was the turning point. Newsome stated that in the days before her climb on Saturday, she strategized with other activists about how to execute the plan. “We made this decision because for us, this is not simply about a flag, but rather it is about abolishing the spirit of hatred and oppression in all its forms,” Newsome added. 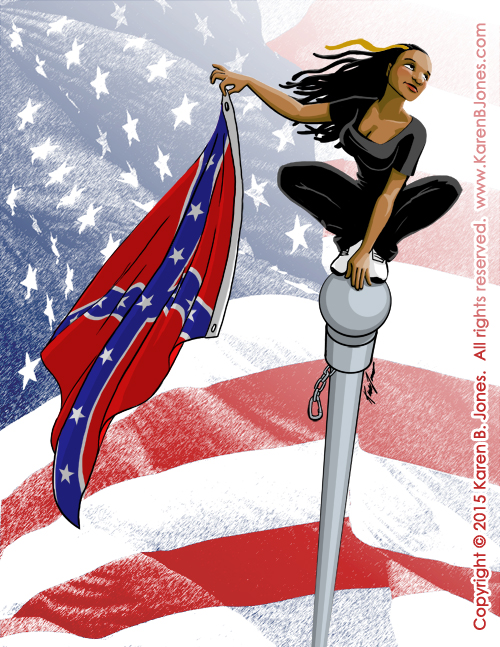 A comic book version of activist Bree Newsome crouching on the top of a flagpole, Spiderman-style, while poised to drop the Confederate flag to the ground. 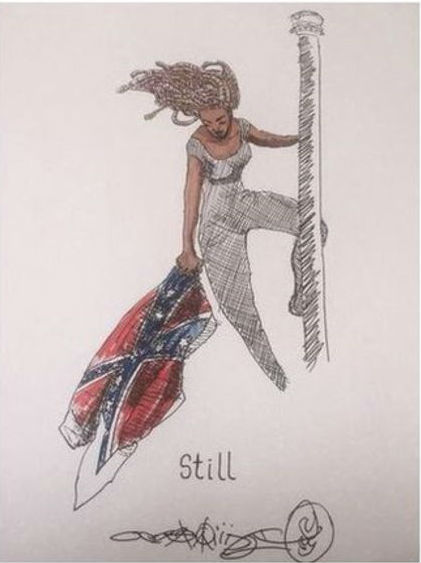 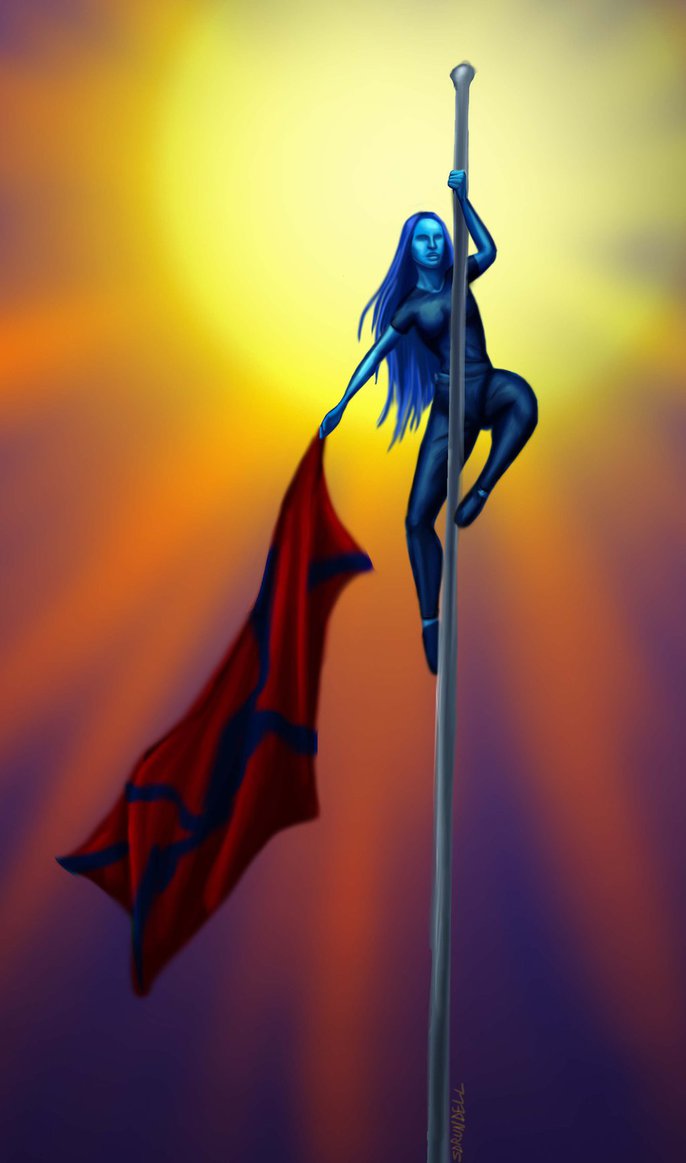 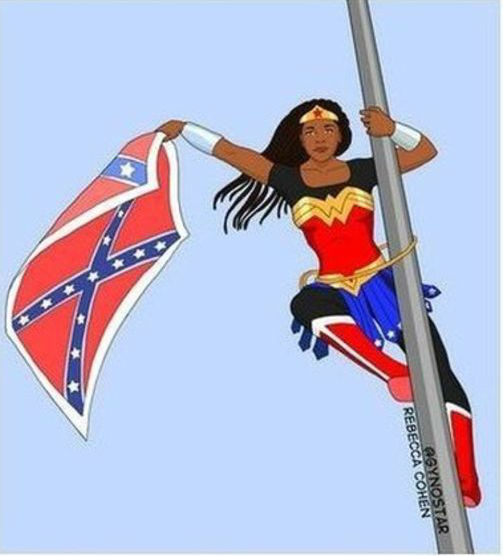 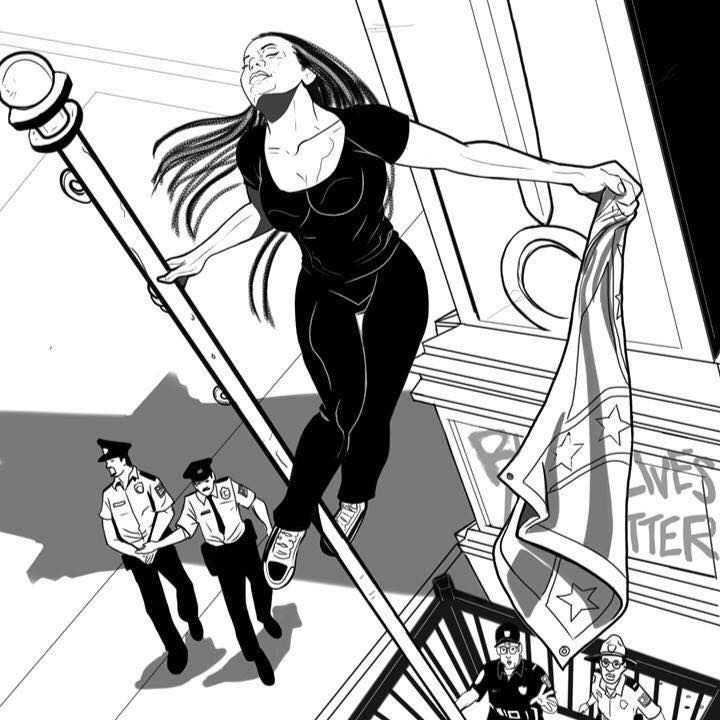 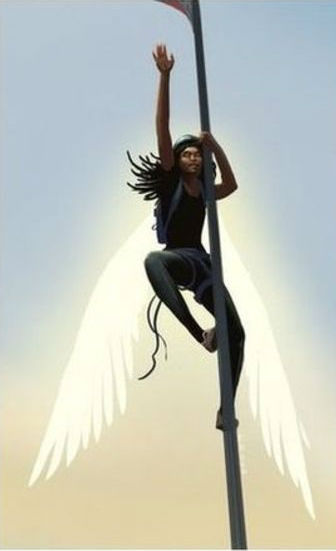 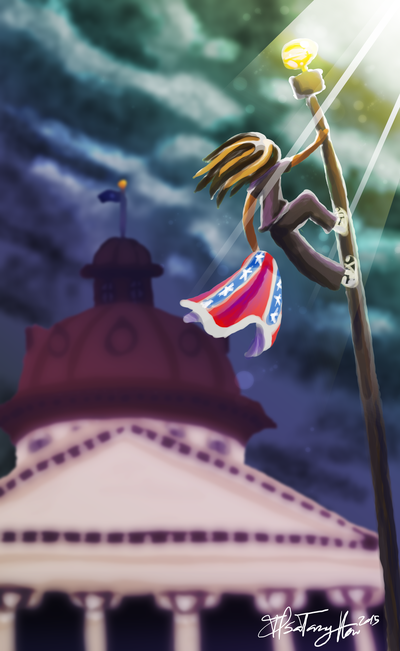 Brittany Bree Newsome is a Maryland native who currently lives in Charlotte, North Carolina. (Her father, Clarence G. Newsome, served as a dean at Howard University before becoming president of the National Underground Railroad Freedom Center, a Cincinnati museum focused on slavery.) In addition to being an activist, Newsome (a graduate of NYU’s Tisch School of the Arts) is a musician and filmmaker. She also has a big Twitter following.

In 2010, she made a 20-minute movie, Wake, which won best short film at the BET Urban World Film Festival.

Her success with Wake led to Newsome becoming the first artist-in-resident at the advertising agency Saatchi & Saatchi. In 2012, she released “Shake It Like an Etch-A-Sketch,” a widely viewed satirical rap video about Mitt Romney.

“Now is the time for true courage.”

According to the Washington Post, Newsome committed herself more fully to social-justice causes in 2013:

Her first activism arrest, in July 2013, was for staging a sit-in at the office of now-Sen. Thom Tillis (R-N.C.). She demanded to speak to Tillis, who was supporting a bill that ended same-day voter registration and declared student-IDs an invalid form of voter identification.
The bill passed, and Newsome began calling herself an activist.

Newsome and Tyson’s trial is set for July 27. They’re being represented by Todd Rutherford, a lawyer who also happens to serve as a Democratic representative in South Carolina’s General Assembly.

Nobody can teach me who I am. You can describe parts of me, but who I am – and what I need – is something I have to find out myself.