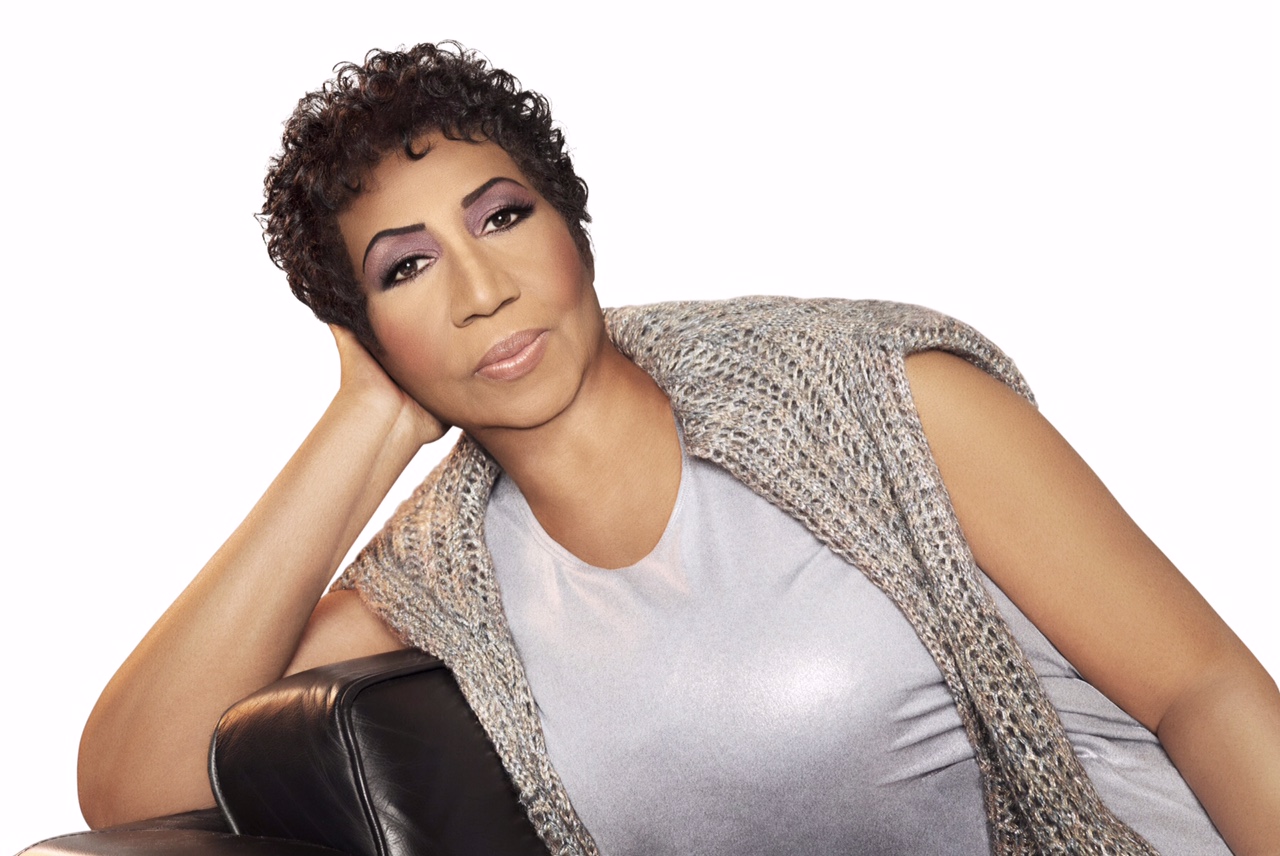 Born on March 25, 1942, the Queen of Soul Aretha Franklin is one of the most honored artists in Grammy history and the first female artist to be inducted into the Rock and Roll Hall of Fame.

Aretha Louise Franklin was born in Memphis.  Her family soon relocated to Detroit where her father, Reverend C.L. Franklin became a minister and gospel musician.  Reverend Franklin’s career exposed his daughter to gospel and soul music and to contemporary black icons such as Smokey Robinson, Clara Ward, and Martin Luther King Jr.

Aretha Franklin recorded her first album at the age of 14, “The Gospel Sound of Aretha Franklin.”  In 1960 she signed with Columbia records.  Despite producing ten albums together, it was an uneasy fit.  Columbia tried to turn Aretha into a jazzy pop singer, while she was determined to draw on her background in blues and gospel music.  In 1966, Franklin signed with Atlantic Records, who gave her more creative control, and she began revolutionizing soul music by creating a sound all her own.

In the late ’60s, Franklin became one of the biggest international recording stars in all of pop. Many also saw Franklin as a symbol of black America itself, reflecting the increased confidence and pride of African-Americans in the decade of the civil rights movement and other triumphs for the black community. She appeared on the cover of Time Magazine and received an award from Martin Luther King Jr.

Unfortunately, as Aretha got older, her life was complicated with tragedies that included physical abuse by her first husband, as well as, the tragic shooting of her father in 1979.  He remained in a coma until his 1984 death.

In the 1980’s Franklin moved to Arista Records where she has recorded everything from gospel to dance music.  While her last big hit was in 1997, she continues to be a significant presence in the music industry and the African American community.  In 2001, she wowed audiences across the globe with her performance in VH1’s “Divas Live: The One and Only Aretha Franklin.”

In 2003, Franklin released her final studio album on Arista, So Damn Happy, and left the label to found Aretha Records. Two years later, she was awarded the Presidential Medal of Freedom and became the second woman ever to be inducted into the UK Music Hall of Fame. In 2008, she received her 18th Grammy Award for “Never Gonna Break My Faith”—a collaboration with Mary J. Blige.

In 2011, Franklin released her first album on her own label, A Woman Falling Out of Love. To support the project, she performed several concerts, including a two-night stint at the famed Radio City Music Hall in New York. With fans and critics alike impressed with her performances, she successfully proved that the Queen of Soul still reigns supreme.

Franklin was the first woman inducted into the Rock & Rock Hall of Fame (1987), she has the highest number of Top Forty singles of any female performer (45), she is the youngest recipient of the John F. Kennedy Center Honors (1994), and she has won 18 Grammys and has 20 Number 1 R&B hits.  Her 1967 album, “I Never Loved a Man the Way I Loved You” is considered by many as the greatest soul album of all time.

If we have the courage and tenacity of our forebears, who stood firmly like a rock against the lash of slavery, we shall find a way to do for our day what they did for theirs.