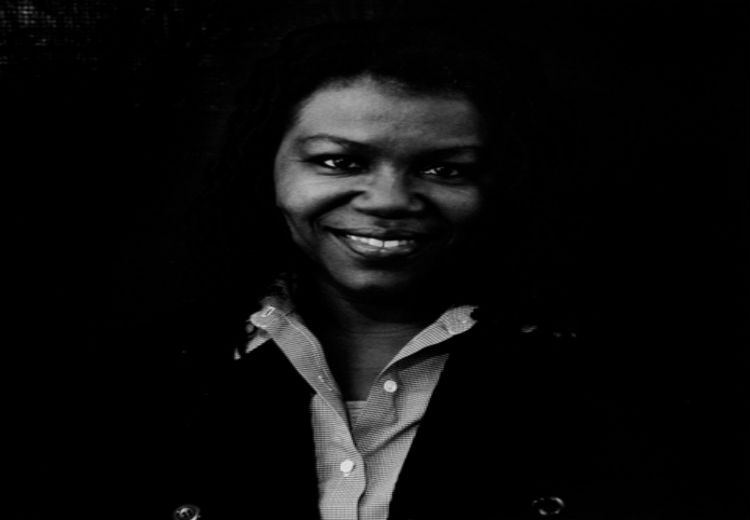 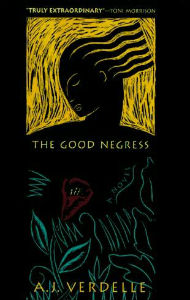 The Good Negress by A. J. Verdelle won five national prizes—including from the American Academy of Arts & Letters, the Bunting Institute at Harvard University, the American Library Association, and finalist prizes at The Los Angeles Times, the IMPAC/Dublin Award, and the PEN/Faulkner Foundation. According to Toni Morrison, the novel is “truly extraordinary.”

The Good Negress is a coming of age story which follows a young Black girl as she comes to question the legacies of her family and culture and begins to determine her course for the future.

It is 1963, and young Denise Palms, reared in rural Virginia by her grandmother, has just rejoined her mother, new stepfather, and two older brothers in Detroit. Denise is an ordinary, intelligent negro girl in a not unusual negro family, which means that she is expected to cook and clean house, go to school, and take care of her mother’s baby when it comes.

In this ground-breaking debut, A. J. Verdelle tells the story of Denise’s family – a story filtered through the perspective of Denise’s vibrant, maturing intelligence. Studies with an uncompromising new teacher, Miss Gloria Pearson, have encouraged Denise to “reach beyond her station”, and Denise begins to dread the arrival of her mother’s baby, knowing that her new responsibilities at home will mean the end of her after-school lessons in diction and grammar. Miss Pearson insists that she must educate herself – that she must learn “to speak the King’s English” – if she ever wants to be heard. If her mother succeeds in keeping her homebound, Miss Pearson warns, Denise will remain the “good little negress” the world wants her to be.

Praise for The Good Negress

“”[Verdelle] illuminates the way language itself can both reflect and circumscribe a person’s character and experience.” –New York Times

“I strongly recommend this book to all readers, especially those interested in African American women and in the variety and creative use of the English language.  This is a prize-winning novel and one that drew praise from Toni Morrison.” –Global Woman of Color (Read more).

“In a particularly accomplished debut, Verdelle imbues her ambitious novel with a confident style, finely realized characters and a strikingly original first-person voice. In the early 1960s, 12-year-old Denise Palms, who has been living with her maternal grandmother in rural Virginia for five years, is summoned home to Detroit to care for her expectant mother, Margarete, new stepfather and adored older brothers. Neesey knows little of the world beyond Granma’am’s country life but is excited to rejoin her two siblings who, in her absence, have become very different from each other: David is reliable and implacable, but unfocused Luke edward constantly courts trouble. At the local public school, Denise’s intellectual promise catches the attention of Gloria Pearson, an idealistic young teacher, who works tirelessly to perfect Denise’s backwater English and thereby raise her pupil’s expectations for her future. Denise thrives under Gloria’s tutelage, but conflict arises when her family’s needs and her mentor’s desires clash. At the same time, Luke edward’s life slowly begins to spiral out of control when he gets caught stealing. Denise must become the fulcrum of her family’s problems as she attempts to define her own identity. Verdelle imaginatively uses Denise’s subtly evolving language to mirror the girl’s growing awareness. Her characters, especially Margarete and Granma’am, are convincingly human in their true-to-life imperfections. Consistently absorbing and beautifully detailed, Verdelle’s novel brings universal truths to an affecting study of adolescence.” –Publishers Weekly

“Why am I as I am? To understand that of any person, his whole life, from birth must be reviewed. All of our experiences fuse into our personality. Everything that ever happened to us is an ingredient.”