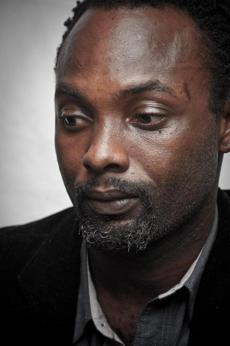 Adrian Igonibo Barrett (born 26 March 1979) is a Nigerian writer of two short stories collection: From Caves of Rotten Teeth (2005) and Love is Power, or Something Like That. In April 2014, Barrett was named as one of 39 sub-Saharan African writers aged under 40 in the Hay Festival and Rainbow Book Club Africa39 project celebrating Port Harcourt UNESCO World Book Capital 2014.

Barrett was born in Port Harcourt, Nigeria, to a Nigerian mother and the Jamaican novelist and poet Lindsay Barrett. He was a winner of the BBC World Service short story competition for 2005 with a story entitled The Phoenix, which was broadcast on 2 January 2006. His first book, a collection of short stories entitled From Caves of Rotten Teeth, was first published in 2005 and reissued in 2008. According to Publishers Weekly “While most of the nine stories in [Love Is Power, or Something Like That] have Nigeria as their backdrop, the emotional turbulence they capture should strike any reader as universal.”

Barrett was the founding organizer of the BookJam reading series in Lagos, Nigeria, which featured the writers Jude Dibia,Michela Wrong, Chimamanda Ngozi Adichie, Binyavanga Wainaina, Helon Habila and Tsitsi Dangarembga, among others. He was awarded a Chinua Achebe Center Fellowship in 2010. In 2011, he was awarded a Norman Mailer Center Fellowship as well as a Bellagio Center Residency.

Barrett second collection of stories Love Is Power, or Something Like That was published in 2013; according to the Boston Globe, the collection “pulses with an indomitable life force that is, by turns, tender and fierce”. Time Out New York commented: “These rich pieces are also brilliantly sequenced. Shifts in mood happen throughout the book. Unlikely moments of empathy occur again and again amid wrenching drama and subtle comedy; the resulting collection satisfies on numerous levels.” Love is Power, or Something Like That was chosen as a “best book of 2013” by NPR and Flavorwire.

*Photo of A. Igoni Barrett by Graywolf Press