Josiah Henson, was a spiritual leader, author and founder of the Black community settlement at Dawn in Ontario, Canada. He is widely believed to be the model for “Uncle Tom” in Harriet Beecher Stowe’s novel Uncle Tom’s Cabin. While this has been of great concern to many, the life of Henson is nevertheless inspiring.

Born into the Maafa (slavery) in Maryland on June 15, 1789, Henson escaped to Canada with his family, reaching Ontario on October 28th, 1830. 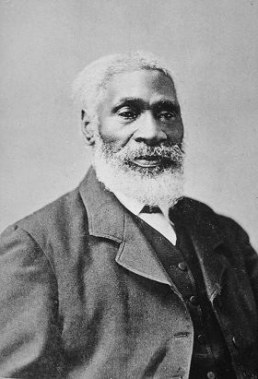 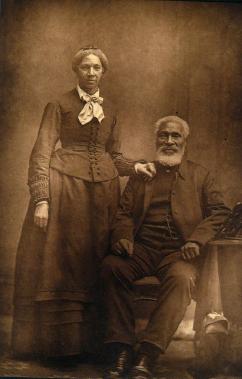 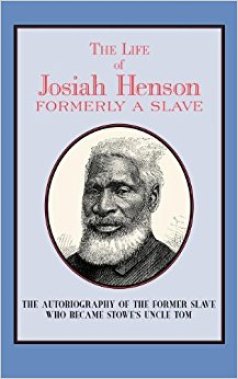 For approximately four years Henson worked as a farm labourer in the Waterloo area where he preached occasionally and began to learn to read. Then in 1834, having planned an exclusively black settlement, he led about a dozen of his associates to Colchester where they rented government land. Henson decided to establish a more formally organized black community for fugitive enslaved persons where they could prove their capacity for freedom. With the help of anti-slavery missionary Hiram Wilson, and a silent partner, Henson and his partners purchased 200 acres of land, and in 1842, they established the British-American Institute “for the alone purpose . . . of Education Mental Moral and physical of the Coloured inhabitants of Canada not excluding white persons and Indians.”

A central focus of the settlement, the school was created for students of all ages and was sustainably designed to train teachers while providing general education and trade-labour instruction to members of the community. The community of Dawn developed around the Institute, with many residents farming, attending the Institute, and working in sawmills, gristmills and in other local industries.

Henson has been described as “A Canadian Pioneer in Adult Education.” The British and American Institute, established by Henson “anticipated by nearly three quarters of a century the first Canadian System of Technical Training.”

Henson administered to the spiritual needs of Blacks in various communities. He served as pastor of the British Methodist Episcopal Church at Dawn for many years. He was also easily one of Canada’s best known personalities. He traveled abroad on many occasions, meeting famous people including Queen Victoria, President Rutherford Hayes, and the Archbishop of Canterbury.

Henson’s autobiography, The Life of Josiah Henson, Formerly a Slave, Now an Inhabitant of Canada, as Narrated by Himself, is widely believed to have inspired the title character of Harriet Beecher Stowe’s novel, Uncle Tom’s Cabin. Stowe did acknowledge that she met Henson and read his autobiography published three years earlier. Later, his biography was sold to raise funds for the continuation of the Dawn Settlement.

Some have expressed concern over Josiah Henson as the model for the Uncle Tom character. Though written and published as an anti-slavery text, the book portrayed Black persons in a stereotypical manner.

A family man in the best tradition, Henson wrote that he had no reasons to regret his forty years of marriage. He rejoiced in it and was grateful for it. His beloved and devoted wife, Nancy bore him twelve children, eight of whom survived. Two days before he died, he said to Nancy, “I would like to see all my children who live”.

Josiah Henson is the first black man to be featured on a Canadian stamp. He was also recognized by the Historic Sites and Monuments Board of Canada in 1999 as a National Historic Person. A federal plaque to him is located in the Henson family cemetery, next to Uncle Tom’s Cabin Historic Site.

To find out who you are is a gift. What do you want out of this world, and what type of mark do you want to leave on it?