Black Superhero Jaycen Wise is a fictional character created by Richard Tyler. He is a warrior, scholar and last son of the African empire Kush. He is charged with battling ignorance and preserving knowledge, truth and light.

Jaycen has waged a one-man war with the jinn beginning in the Golden Ages of Antiquity and carrying on down through the ages. He is the most hated demonslayer in the annals of jinn lore.

Although much of his past is shrouded in mystery, it is believed that Jaycen was elevated to the level of demi-god and granted the “gift” of immortality in tribute to his outstanding academic achievements in the university system of Ancient Kush, and his leadership and heroism on the battlefield in the Imperial Army ofKush (Medjai Elite Guard).

Jaycen is a true immortal, and as such cannot be killed by any means. He possesses the gift of unlimited potential, and has within him the ability to achieve any goal, to accomplish any feat (physical or mental) if he believes he can do it. Jaycen also possesses the gift of ancestral communion, the ability to contact the spiritual world and interact with kindred spiritual energies (ancestors). He possesses fully developed occipital and parietal regions of the brain, which control vision, bodily function and memory. He can tap into what can only be described as an inner-net, a vast internal web consisting of the accumulated knowledge and wisdom of African people throughout the Diaspora. 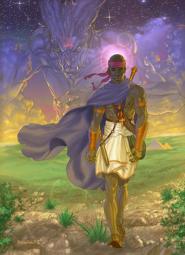 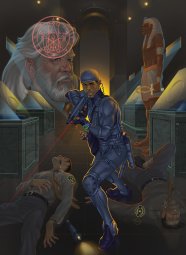 You must establish your dreams and quietly move in the direction of attaining them.