Herbie Hancok is an award-winning jazz composer and musician with a rich, stylistically diverse canon of songs. He was one of the first jazz musicians to embrace synthesizers and funk music (characterized by syncopated drum beats). A film composer as well, he has won an Academy Award and many Grammy Awards.

Hancock was born in Chicago on April 12, 1940. He started playing the piano at age seven, and quickly became known as a prodigy, soloing in the first movement of a Mozart piano concerto with the Chicago Symphony at the age of 11. He began playing jazz in high school, initially influenced by Oscar Peterson and Bill Evans. Hancock also developed a passion for electronics and science, and double-majored in music and electrical engineering at Grinnell College.

In 1961, Hancock was invited by Donald Byrd to join his group in New York City, and before long, Blue Note offered him a solo contract. His 1963 debut album, Takin’ Off, was an immediate success, producing the hit Watermelon Man. In 1963, Miles Davis invited Hancock to join the Miles Davis Quintet. During his five years with Davis, Hancock and his colleagues recorded many classics, including ESP, Nefertiti and Sorcerer. Later on, Hancock made appearances on Davis’ groundbreaking In a Silent Way and Bitches Brew, which heralded the birth of jazz-fusion.” 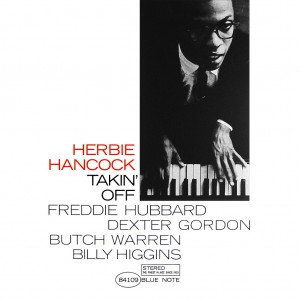 Hancock’s own solo career blossomed on Blue Note, with classic albums including Maiden Voyage, Empyrean Isles, and Speak Like a Child. He composed the score to Michelangelo Antonioni’s 1966 film Blow Up, which led to a successful career in feature film and television music. After leaving Davis, Hancock put together a new band called The Headhunters and, in 1973, recorded Head Hunters. With its crossover hit single “Chameleon,” it became the first jazz album to go platinum.

By the mid-70s, Hancock was playing for stadium-sized crowds all over the world and had no fewer than four albums in the pop charts at once. In total, Hancock had 11 albums in the pop charts during the 1970s. His ’70s output inspired and provided samples for generations of hip-hop and dance music artists. Hancock also stayed close to his love of acoustic jazz in the recording and performing with VSOP (reuniting him with his Miles Davis colleagues), and in duet settings with Chick Corea and Oscar Peterson.

In 1980, Hancock introduced the trumpeter Wynton Marsalis to the world as a solo artist, producing his debut album and touring with him as well. In 1983, a new pull to the alternative side led Hancock to a series of collaborations with Bill Laswell. The first, Future Shock, went platinum, and the single Rockit won a Grammy for Best R&B Instrumental. The video of the track won five MTV awards. His follow up, Sound System, also received a Grammy in the R&B instrumental category.  Hancock won an Oscar in 1986 for scoring the film Round Midnight, in which he also appeared as an actor. Numerous television appearances over the years led to two hosting assignments in the 1980s: Rock School on PBS and Showtime’s Coast To Coast. 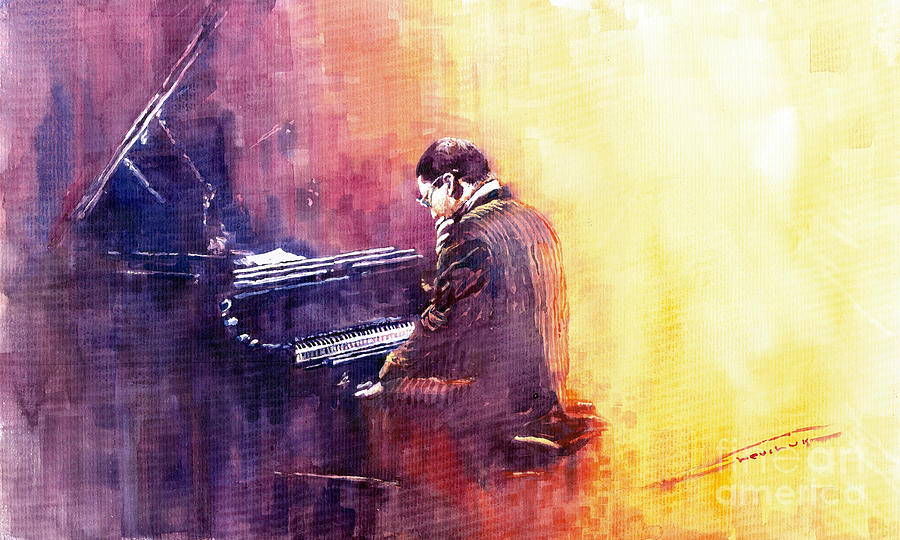 After an adventurous 1994 project for Mercury Records, Dis Is Da Drum, he moved to the Verve label, forming an all-star band to record 1996’s Grammy-winning The New Standard. In 1997, an album of duets with Wayne Shorter, 1+1, was released. The legendary Headhunters reunited in 1998, recording an album for Hancock’s own Verve-distributed imprint, and touring with the Dave Matthews Band. That year also marked the recording and release of Gershwin’s World, which included collaborators Joni Mitchell, Stevie Wonder, Kathleen Battle, the Orpheus Chamber Orchestra, Wayne Shorter and Chick Corea. Gershwin’s World won three Grammys in 1999, including Best Traditional Jazz Album and Best R&B Vocal Performance for Stevie Wonder’s “St. Louis Blues.”

Herbie reunited with Bill Laswell to collaborate with some young hip-hop and techno artists on 2001’s FUTURE2FUTURE. He also joined with Roy Hargrove and Michael Brecker in 2002 to record a live concert album, Directions In Music: Live at Massey Hall, a tribute to John Coltrane and Miles Davis.

Possibilities, released in August 2005, teamed Hancock with many popular artists, such as Sting, Annie Lennox, John Mayer, Christina Aguilera, Paul Simon, Carlos Santana, Joss Stone and Damien Rice. That year, he played a number of concert dates with a re-staffed Headhunters, and became the first-ever Artist-In-Residence at the Tennessee-based festival Bonnaroo.

In 2007, Hancock recorded and released River: The Joni Letters, a tribute to longtime friend and collaborator Joni Mitchell featuring Wayne Shorter, guitarist Lionel Loueke, bassist Dave Holland and drummer Vinnie Colaiuta and co-produced by Larry Klein. He enlisted vocalists Norah Jones, Tina Turner, Corinne Bailey Rae, Luciana Souza, Leonard Cohen and Mitchell herself to perform songs she wrote or was inspired by. The album received glowing reviews and was a year-end Top 10 choice for many critics. It also garnered three Grammy Awards, including Album of the Year; Hancock is one of only a handful of jazz musicians ever to receive that honor.

Hancock practices Nichiren Buddhism and is a member of the Buddhist association Sōka Gakkai International. As part of Hancock’s spiritual practice, he recites the Buddhist chant Nam Myoho Renge Kyo each day. In 2013, Hancock’s dialogue with Wayne Shorter and Daisaku Ikeda on jazz, Buddhism and life was published in Japanese.

Children learn more from what you are than what you teach.