Herbert Samuel Heelas Macaulay, the widely acknowledged founding father of Nigerian nationalism, was instrumental in laying the foundation of modern Nigeria. He was also a pan-Africanist who championed the history and concerns of Black people throughout the world. 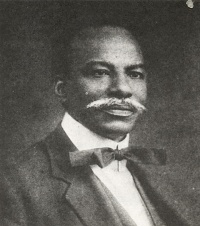 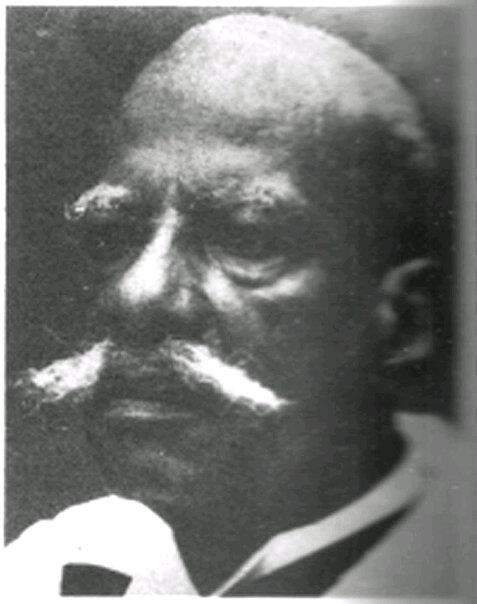 Born in Lagos, Nigeria on November 14, 1864 to a missionary family with roots in the abolition movement and Sierra Leone colony, Macaulay studied civil engineering in Plymouth, England from 1891 to 1894. On his return, he worked for the crown as a land inspector. He left his position in 1898 due to growing distaste for Nigeria’s position as a British colony.

In 1908 he exposed European corruption in the handling of railway finances and in 1919 he argued successfully for the chiefs whose land had been taken by the British in front of the Privy Council in London. As a result, the colonial government was forced to pay compensation to the chiefs. In retaliation for this and other activities of his, Macaulay got jailed twice by the British.

Upon his release from prison in 1908, Macaulay became more involved in the political arena, and began contributing a weekly column to the Lagos Daily Times. His articles were often critical of government policy, the liquor trade; the water-rate scheme; taxation; racial segregation; attempts to deny indigenous land ownership; and a free press.

In 1915, Macaulay led protests which became known as the water rate riots and also led agitation against colonial plans for land reform. His articles often skirted the edges of sedition, and finally, he crossed the line, giving the government the chance it needed to put him in prison again. This second visit to the jailers (for six months) involved the publication of a rumour concerning a plot to assassinate the exiled Eleko of Lagos.

After his release from prison, Macaulay took a somewhat more cautious line, but his writing remained highly critical. In 1921 he went to London with the Eleko of Lagos to act as his translator in the legal appeal of a local land tenure case. Macaulay proclaimed that the British colonial government was eroding the power and authority of the Eleko, who, he said, was recognized by all Nigerians as the rightful king of Lagos. This episode embarrassed the British and established Macaulay as a leading advocate of the rights of traditional leadership in Lagos.

In 1922 a new Nigerian constitution was introduced providing for limited franchise elections in Lagos and Calabar. In 1923, he started the Nigerian National Democratic Party (NNDP), which contested the very limited elections of African members of the Legislative Council. The NNDP’s motto was “salus populi suprema lex”, “the safety of the people is the greatest law” and it called for universal compulsory education for Nigerians. NNDP candidates won all the elective seats in the Nigerian legislature between 1923 and 1938. But then in 1938, things changed.

The NNDP’s dominance was cut short in 1938 when the Nigerian Youth Movement beat them in the elections for the Lagos Town Council. Following that defeat, Macaulay, who up until the time was not too interested in politics outside of Lagos, adopted a more pan-Nigeria outlook. He saw prospects in Nnamdi Azikiwe’s NCNC’s struggle for independence for all of Nigeria, and by August 1944 had reached an agreement with Zik. Many of his own party members did not want to join forces with the NCNC, but he threatened to resign if they didn’t, so they cooperated.

In 1944 Macaulay founded the National Council of Nigeria and the Cameroons(NCNC) together with Nnamadi Azikwe and became his secretary general. The NCNC was a patriotic organization designed to bring together Nigerians of all stripes to demand independence. On 7th May 1946 in the course of leading the party on a nationwide campaign tour, Sir Herbert Macaulay fell ill and later died in Kano.