African American actress Gail Fisher broke several barriers as a young Black actress in television during the 1960s. She was the first Black performer to get dialogue in a nationally aired commercial, and as Peggy Fair on Mannix, only the second Black woman (the first being Nichelle Nichols of Star Trek) cast as a regular character in a dramatic hour-long network series, a role for which she won an Emmy award in 1970. 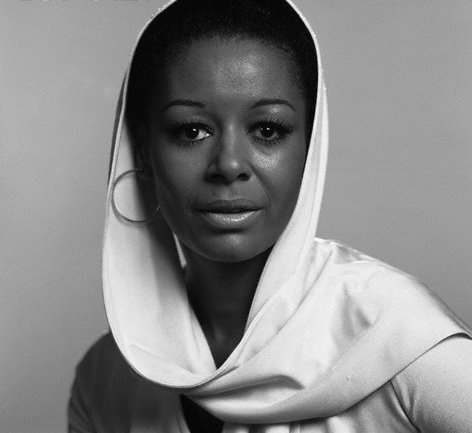 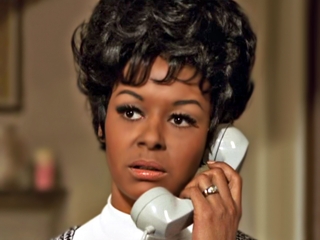 Fisher was one of five children born in Orange, NJ August 18, 1935. She was later a beauty pageant winner and became a model, using the money she earned in the latter profession and from her regular job in a local factory in New Jersey to take acting lessons in New York.

In 1965, teacher Herbert Blau cast Gail in a classical stage production of “Danton’s Death”. Gail also understudied Ruby Dee in “Purlie Victorious” on Broadway and toured with a production of “A Raisin in the Sun”. She picked up some television work, including commercials, and it was her spot for All detergent that marked a breakthrough for Black performers in that field.

In 1968, the producers of the series Mannix, starring Mike Connors, revamped the series from its original format, transforming him from an employee of a high-tech security firm into a more traditional private detective, with an office and a secretary. Fisher won the latter role, which allowed her to do far more than answer phones and serve coffee, frequently putting her into the action and the drama. Along with Nichelle Nichols, Greg Morris of Mission: Impossible, Robert Hooks of N.Y.P.D., Don Mitchell of Ironside, and Diahann Carroll of Julia, Fisher was one of the most visible Black actors on television during this period, and her Emmy in 1970 confirmed the quality of her work.

She took great pride in having helped raised the presence of Black performers on television from near invisibility in the early 1960s to major prominence at the end of the decade. After the cancellation of the series in 1975, Fisher’s troubled personal life — which included several marriages and problems with substance abuse — caused her to leave acting for a time, although she did play a major role in the 1987 feature film Mankillers and appeared in the made-for-television movie Donor in 1990.

It’s ok to care about what other people think, but you should give a little more weight to what you, yourself, think…The habit of thinking is the habit of gaining strength. You’re stronger than you believe.