Eva Beatrice Dykes was the first Black woman to fulfill the requirements for a doctoral degree and the third African American woman to receive a Ph.D. Two other Black women, Sadie Tanner Mossell Alexander and Georgiana Simpson, receive their doctoral degree in the same year as Dykes but because their respective commencement ceremonies took place earlier, Dykes is considered the third woman to receive the advanced degree. 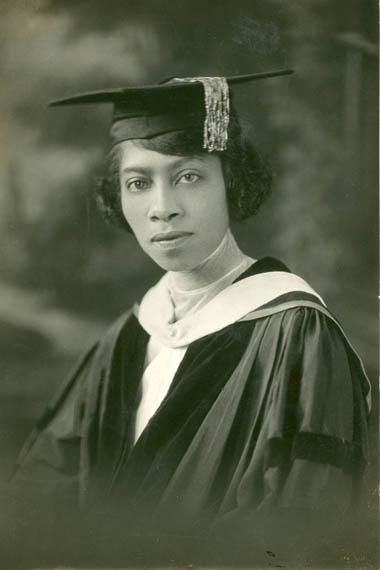 In 1920 Dykes began teaching at Dunbar High School, and in 1921 she received a PhD from Radcliffe (now a part of Harvard University). Her dissertation was titled “Pope and His influence in America from 1715 to 1815”, and explored the attitudes of Alexander Pope towards slavery and his influence on American writers.

Dykes was the first African American woman to complete the requirements for a doctoral degree, however, because Radcliffe College held its graduation ceremonies later than some other universities, she was the third to graduate, behind Sadie Tanner Mossell Alexander and Georgiana Simpson.

In 1929, she accepted a position teaching English at Howard University. Dykes remained on the Howard faculty until 1944. While there she published a number of scholarly works including The Negro in English Romantic Thought which reflected her growing interest in examining Black history and literature in England.

For 50 years, from 1934 to 1984, Dykes wrote a regular column for the Adventist publication Message Magazine. The library at Oakwood College is named in her honor. Eva Beatrice Dykes died in Huntsville, Alabama in 1986 at the age of ninety-three.

Loneliness is black coffee and late-night television; solitude is herb tea and soft music. Solitude, quality solitude, is an assertion of self-worth, because only in the stillness can we hear the truth of our own unique voices.

— Pearl Cleage, Deals with the Devil, and Other Reasons to Riot