Eugene Allen (July 14, 1919 – March 31, 2010) was a distinguished butler for the White House who served under eight presidents, including Harry S. Truman, John F. Kennedy and Ronald Reagan. Allen’s life was the inspiration for the 2013 film The Butler. 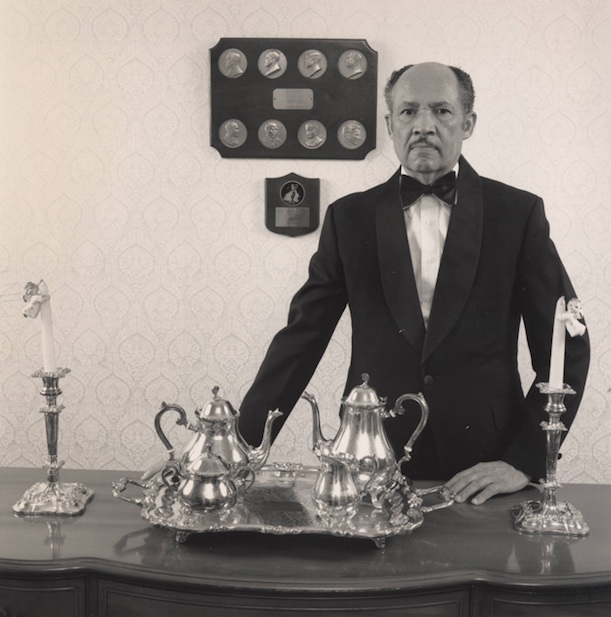 Allen was born in Scottsville, Virginia. He worked as a waiter for many years, in “whytes-only resorts and country clubs”, including Homestead resort in Hot Springs, Virginia, and a club in Washington.

He started in the White House in 1952 as a “pantry man”, a job which involved basic tasks such as dish washing, stocking and cleaning silverware. Over the years Allen rose in his position, becoming the butler to the president.

Allen served under eight U.S. presidents, beginning with Harry S. Truman. As a result, Allen had intimate knowledge of the inner goings-on of the White House. He heard both enlightened and offensive presidential remarks concerning race, and observed a gradually growing African-American presence among executive staff.

Allen, who went by the nickname Gene, was held in the highest regard by many and was noted to have an unassuming, humble spirit, bestowing his colleagues with excellent service and becoming quietly entwined in history’s notable moments. He was particularly affected by the death of President Kennedy in 1963. According to his son, “My father came home late on the day that President Kennedy had been shot. But then he got up and put his coat back on. He said, ‘I’ve got to go back to work.’ But in the hallway, he fell against the wall and started crying. That was the first time in my life I had ever seen my father cry.” He was invited to President John F. Kennedy’s funeral after his assassination, but even while deeply mourning chose instead to remain at the White House to serve attendees as they came in from the services.

In the course of his work, Allen met famous people like civil rights leader Dr. Martin Luther King Jr. and composer Duke Ellington, flew to Europe with President Richard Nixon and traveled with President Jimmy Carter to Camp David. He and President Gerald Ford shared the same birthday, and Allen was celebrated at the official festivities as well. 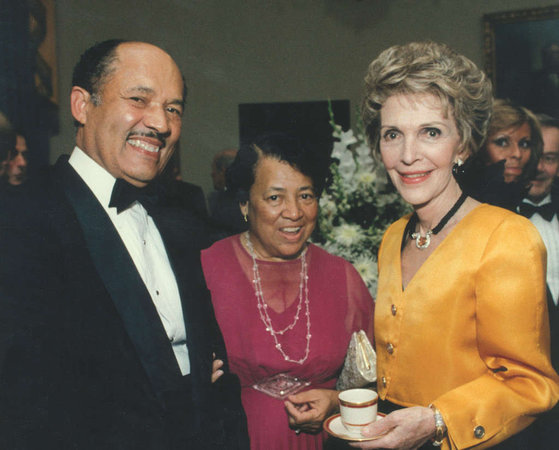 Allen finally attained the most prestigious rank of butlers serving in the White House, Maître d’hôtel in 1981, during the presidency of Ronald Reagan. Reagan invited Allen and his wife Helene to a state dinner in honor of Helmut Kohl at the White House. He retired in 1986.

Allen came to public attention when a 2008 article about him and his wife, entitled “A Butler Well Served by This Election”, was published in The Washington Post shortly after the 2008 presidential election. It placed Allen’s life in the context of changing race relations and the personalities of the presidents he’d served. It ended with the story of how the couple intended to vote for Obama together but Helene died the day before the election, on Nov 3, 2008. Allen had been married to his wife, Helene, for 65 years. They met at a birthday party in Washington in 1942, and married a year later in 1943. The couple had one son, Charles Allen.

The story had an immediate impact. Columbia Pictures bought the film rights to Allen’s life story, and he was invited to the new president’s inauguration, where he commented, “That’s the man…Whew, I’m telling you, it’s something to see. Seeing him standing there, it’s been worth it all.”

Although Danny Strong’s screenplay was inspired by the 2008 Washington Post article, the film departs from the facts of Allen’s life. The central character, “Cecil Gaines”, is only loosely based on the real Allen.

Allen and other workers who served presidents were featured in a 32-minute documentary, Workers at the White House, directed by Marjorie Hunt and released on a 2009 DVD, White House Workers: Traditions and Memories by Smithsonian Folkways Recordings.

Eugene Allen died at the Washington Adventist Hospital in Takoma Park, Maryland on March 31, 2010; his death was caused by renal failure.

— Daughters of the Dust (film)