Diahann Carroll was the first African-American actress in television history to star in her own weekly comedy TV series, Julia. Born July 17, 1935, Carroll’s acting career has spanned nearly six decades. She is a Tony Award winner, an Emmy and Grammy nominee, a Golden Globe winner and a Best Actress Oscar nominee. Carroll is a breast cancer survivor and activist. 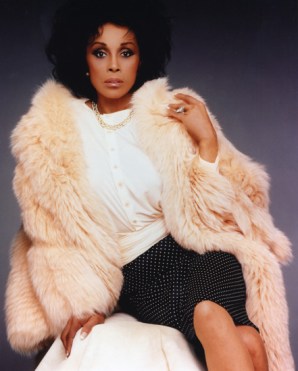 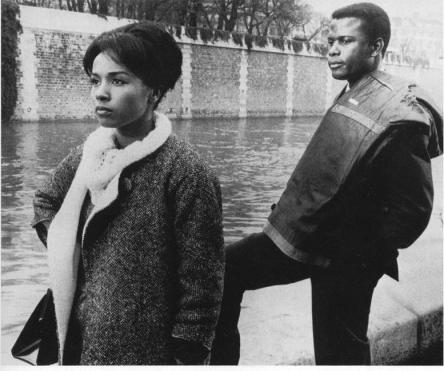 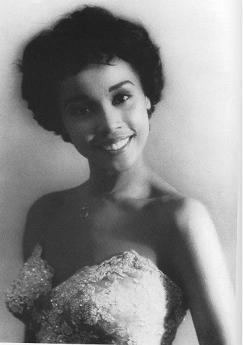 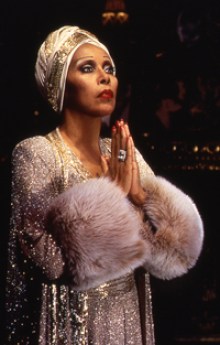 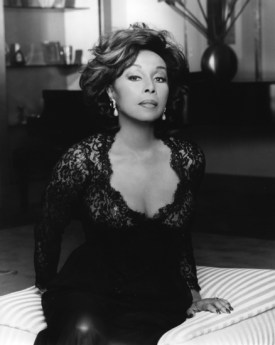 Diahann Carroll was born Carol Diann (or Diahann) Johnson on July 17, 1935, in the Bronx, New York, the first child of John Johnson, a subway conductor, and Mabel Faulk Johnson. When Carroll was an infant, the family moved to Harlem, where she grew up. Music was an important part of her life from a young age as she started singing with her Harlem church choir at the age of six years. She also took piano and voice lessons as she wanted to pursue a career in the opera after becoming the 10-year-old recipient of a Metropolitan Opera scholarship for studies at New York’s High School of Music and Art; Billy Dee Williams was a classmate. As a teenager she sought modeling work but it was her voice, in addition to her beauty, that provided the magic and the allure.

When she was 16, she teamed up with a girlfriend from school and auditioned for Arthur Godfrey’s Talent Scouts show using the more exotic sounding name of Diahann Carroll. She alone was invited to appear and won the contest. After this, she performed on the accompanying radio show for three weeks. In her late teens, she began focusing on a nightclub career and it was here that she began formulating a chic, glamorous image. Another TV talent show appearance earned her a week’s engagement at the Latin Quarter.

Her first Broadway role occurred when she was 19-years-old in the musical House of Flowers. Starring with the indomitable Pearl Bailey, Carroll held her own quite nicely in the ingénue role. In 1954 she and Ms. Bailey supported Dorothy Dandridge as femme fatale Carmen Jones (1954), an all-black, updated movie version of the Georges Bizet opera “Carmen.” Diahann later supported Ms. Dandridge again in Otto Preminger’s cinematic retelling of Porgy and Bess (1959). During this time she also grew into a singing personality on TV while visiting such late-nite hosts as Jack Paar and Steve Allen and performing.

Unable to break through into the top ranks in film (she appeared in a secondary role once again in Paris Blues (1961)), Carroll returned to Broadway. In 1962, she won the Tony Award for best actress (a first for a Black woman) for her performance as a fashion model in the 1962 musical No Strings, a bold, interracial love story. By this time she had already begun to record albums: Diahann Carroll Sings Harold Arlen (1957), Diahann Carroll and Andre Previn (1960), The Fabulous Diahann Carroll (1962). Nightclub entertaining filled up a bulk of her time during the early-to-mid 1960s, along with TV guest appearances on Carol Burnett, Judy Garland, Andy Williams, Dean Martin and Danny Kaye’s musical variety shows.

In the late 1960s she broke a major ethnic barrier on the small screen. She touchingly portrayed an ordinary nurse and widow struggling to raise a small son in the series Julia (1968). Despite other Black American actresses starring in a TV series (i.e., Hattie McDaniel in “Beulah”), Diahann became the first full-fledged African-American female “star” — top billed, in which the show centered around her lead character. The role won her the Golden Globe Award for “Best Actress In A Television Series” in 1968, and a nomination for an Emmy Award in 1969. The show lasted only two seasons, at her request.

A renewed interest in film led Carroll to the dressed-down title role of Claudine (1974), as a Harlem woman raising six children on her own. She was nominated for an Academy Award for Best Actress for Claudine, but her acting career would become more and more erratic after this period. She did return, however, to the stage with productions of Same Time, Next Year and Agnes of God. In 1984, Carroll joined the nighttime soap opera Dynasty as the jetsetter Dominique Deveraux, half-sister of Blake Carrington. Her high-profile role on Dynasty also reunited her with schoolmate Billy Dee Williams, who briefly played her onscreen husband Brady Lloyd. Carroll remained on the show until 1987, simultaneously making several appearances on its short-lived spin-off, The Colbys (1985). She received another Emmy nomination in 1989 for the recurring role of Marion Gilbert in A Different World.

Throughout the late 1980s and early 90s she toured with singer Vic Damone, with occasional acting appearances to fill in the gaps. Some of her finest work came with TV-movies, notably her century-old Sadie Delany in Having Our Say: The Delany Sisters’ First 100 Years (1999) and as troubled singer Natalie Cole’s mother in Livin’ for Love: The Natalie Cole Story (2000). She also portrayed silent screen diva Norma Desmond in the musical version of Sunset Blvd, and toured America performing classic Broadway standards in the concert show Almost Like Being in Love: The Lerner and Loewe Songbook. Her most notable roles of the past decade include parts in The Legend of Tarzan (2001), Soul Food (2003-04) and Grey’s Anatomy. In 2009, she took on the character June in White Collar.

Diahann Carroll was present on stage for the 2013 Emmy Awards, to briefly speak about her retrospective of being, supposedly, the first African-American, nominated for a Primetime Emmy Award. She was quoted as saying “talented Kerry Washington better win!” Washington erroneously stated that Carroll was the first Black performer ever to be nominated for an Emmy. Actually, at least three black performers were nominated before Carroll, who was first nominated in 1963. These performers include: Ethel Waters for a guest appearance on Route 66, in 1962 Harry Belafonte, nominated in 1956 and 1961 and winning in 1960; and Sammy Davis, Jr., who was nominated in 1956 with Belafonte.

Carroll married four times, first to record producer Monte Kay. The union produced a daughter, Suzanne Kay Bamford (born September 9, 1960), who became a freelance media journalist. In 1973, Carroll surprised the press by marrying Las Vegas boutique owner Fred Glusman. Several weeks later, she filed for divorce, charging Glusman with physical abuse. In 1975, she married Robert DeLeon, a managing editor of Jet magazine. She was widowed two years later when DeLeon was killed in a car crash. Carroll’s fourth marriage was to singer Vic Damone in 1987. The union, which Carroll admitted was turbulent, saw a legal separation in 1991, reconciliation, and divorce in 1996.

Everything that happens to you is a reflection of what you believe about yourself. We cannot outperform our level of self-esteem. We cannot draw to ourselves more than we think we are worth.