Daniel G. Hill (November 23, 1923 – June 26, 2003), human rights specialist, historian, and public servant, was prominent in the movement to overturn racial discrimination in Canada. He came to Canada for graduate studies but committed himself to the quest for justice. 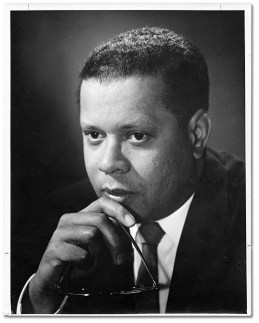 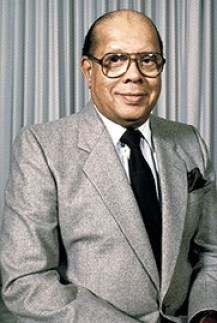 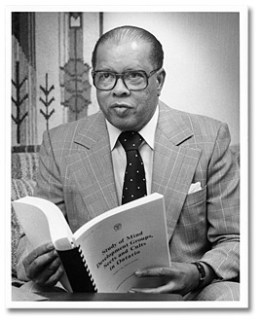 Hill was born in Independence, Missouri but raised primarily in Colorado, Oregon and California. He was the son of Daniel Grafton Hill II, an ordained minister with the African Methodist Episcopal Church, and of May Edwards Hill, a social worker and home maker.

After growing up in the United States, graduating from Howard University and serving in the highly segregated American Army during World War II, Daniel Hill decided to leave his native country and move to Canada.

As an activist in the 1950s, Hill used public awareness as a tool to combat prejudice. With a PhD in sociology from the University of Toronto and a decade of experience with social causes, he became the first director of the Ontario Human Rights Commission in 1962, a position he held until 1971. Under his management the commission evolved innovative tactics, widely copied in Canada and other countries. In 1971 he became the first full-time chairman of the Ontario Human Rights Commission and in 1973 established a consulting firm in human rights with an international clientele.

In 1973, he resigned to found his own human rights consulting firm. In 1978, Daniel Hill, Donna Hill, Wilson Brooks and other educators co-founded the Ontario Black History Society. It became the first major public organization in Canada focused on the history of people of African descent in the country. He headed the organization for six years.

As Provincial Ombudsman from 1984 to 1989, Hill strove to make that office reflect the “new Ontario” with a forceful outreach program towards traditionally excluded groups and in particular to Canada’s Aboriginal people. Following his retirement he became a member of the Canadian Human Rights Tribunal.

Hill founded the Ontario Black History Society and his publications on human rights and Black history include Human Rights in Canada: A Focus on Racism (1977, 1986) and The Freedom Seekers: Blacks in Early Canada (1981).

Hill was the father of singer-songwriter Dan Hill, author Lawrence Hill (the Book of Negroes), and poet and novelist Karen Hill.

The greatness of a man is not in how much wealth he acquires, but in his integrity and his ability to affect those around him positively.”