Home
LiteraturePoemsPoetry on the Page

Langston Hughes, considered the unofficial Poet Laureate of African-Americans, was a prolific writer, who published ten volumes of poetry. One of Hughes’s most widely anthologized poem, was his first published poem, The Negro Speaks of Rivers, which was included in Crisis magazine in June 1921, when he was just 19. Often based on blues forms and themes of social injustice, history, and race relations, Hughes’ poetry celebrated the African-American experience, throughout his long and distinguished poetic career. The Blacklash Blues was probably the last poem Hughes submitted for publication before his death in 1967.

What happens to a dream deferred?

Or does it explode?

The night is beautiful,
So the faces of my people.

The stars are beautiful,
So the eyes of my people. 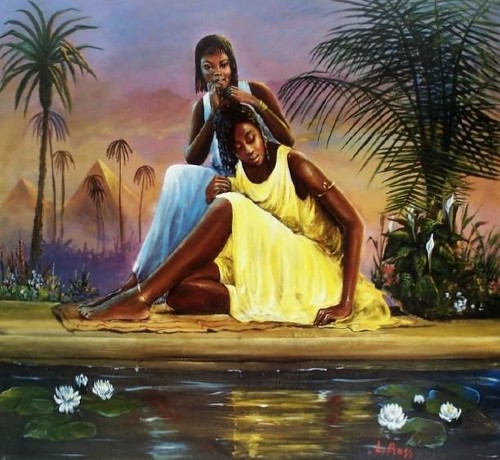 I bathed in the Euphrates when dawns were young.
I built my hut near the Congo and it lulled me to sleep.
I looked upon the Nile and raised the pyramids above it.
I heard the singing of the Mississippi when Abe Lincoln went
down to New Orleans, and I’ve seen its muddy bosom
turn all golden in the sunset.

But the world is big,
The world is big and round,
Great big world, Mister Backlash,
Big and bright and round—
And it’s full of folks like me who are
Black, Yellow, Beige, and Brown.

Hold fast to dreams
For if dreams die
Life is a broken-winged bird
That cannot fly.

Hold fast to dreams
For when dreams go
Life is a barren field
Frozen with snow. 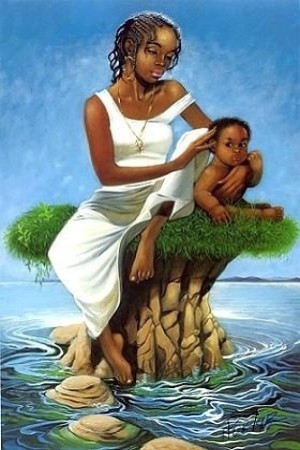 Well, son, I’ll tell you:
Life for me ain’t been no crystal stair.
It’s had tacks in it,
And splinters,
And boards torn up,
And places with no carpet on the floor—
Bare.
But all the time
I’se been a-climbin’ on,
And reachin’ landin’s,
And turnin’ corners,
And sometimes goin’ in the dark
Where there ain’t been no light.
So boy, don’t you turn back.
Don’t you set down on the steps
’Cause you finds it’s kinder hard.
Don’t you fall now—
For I’se still goin’, honey,
I’se still climbin’,
And life for me ain’t been no crystal stair.

I been scarred and battered.
My hopes the wind done scattered.
Snow has friz me,
Sun has baked me,

Looks like between ’em they done
Tried to make me

I, too, sing America.
I am the darker brother.
They send me to eat in the kitchen
When company comes,
But I laugh,
And eat well,
And grow strong.

Tomorrow,
I’ll be at the table
When company comes.
Nobody’ll dare
Say to me,
“Eat in the kitchen,”
Then.

Besides,
They’ll see how beautiful I am
And be ashamed— 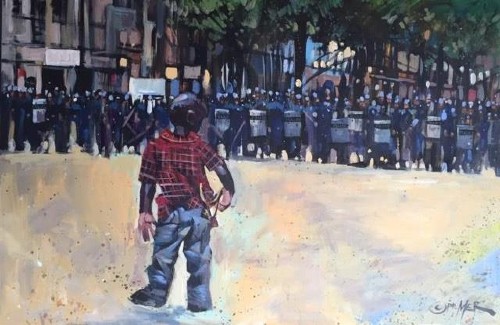 I look at the world
From awakening eyes in a black face—
And this is what I see:
This fenced-off narrow space
Assigned to me.

I look then at the silly walls
Through dark eyes in a dark face—
And this is what I know:
That all these walls oppression builds
Will have to go!

I look at my own body
With eyes no longer blind—
And I see that my own hands can make
The world that’s in my mind.
Then let us hurry, comrades,
The road to find.

Droning a drowsy syncopated tune,
Rocking back and forth to a mellow croon,
I heard a Negro play.
Down on Lenox Avenue the other night
By the pale dull pallor of an old gas light
He did a lazy sway. . . .
He did a lazy sway. . . .
To the tune o’ those Weary Blues.
With his ebony hands on each ivory key
He made that poor piano moan with melody.
O Blues!
Swaying to and fro on his rickety stool
He played that sad raggy tune like a musical fool.
Sweet Blues!
Coming from a black man’s soul.
O Blues!
In a deep song voice with a melancholy tone
I heard that Negro sing, that old piano moan—
“Ain’t got nobody in all this world,
Ain’t got nobody but ma self.
I’s gwine to quit ma frownin’
And put ma troubles on the shelf.”

One does not cross a river without getting wet.